Several families across the metro area want you to see their home surveillance video. The videos show burglars caught on camera. 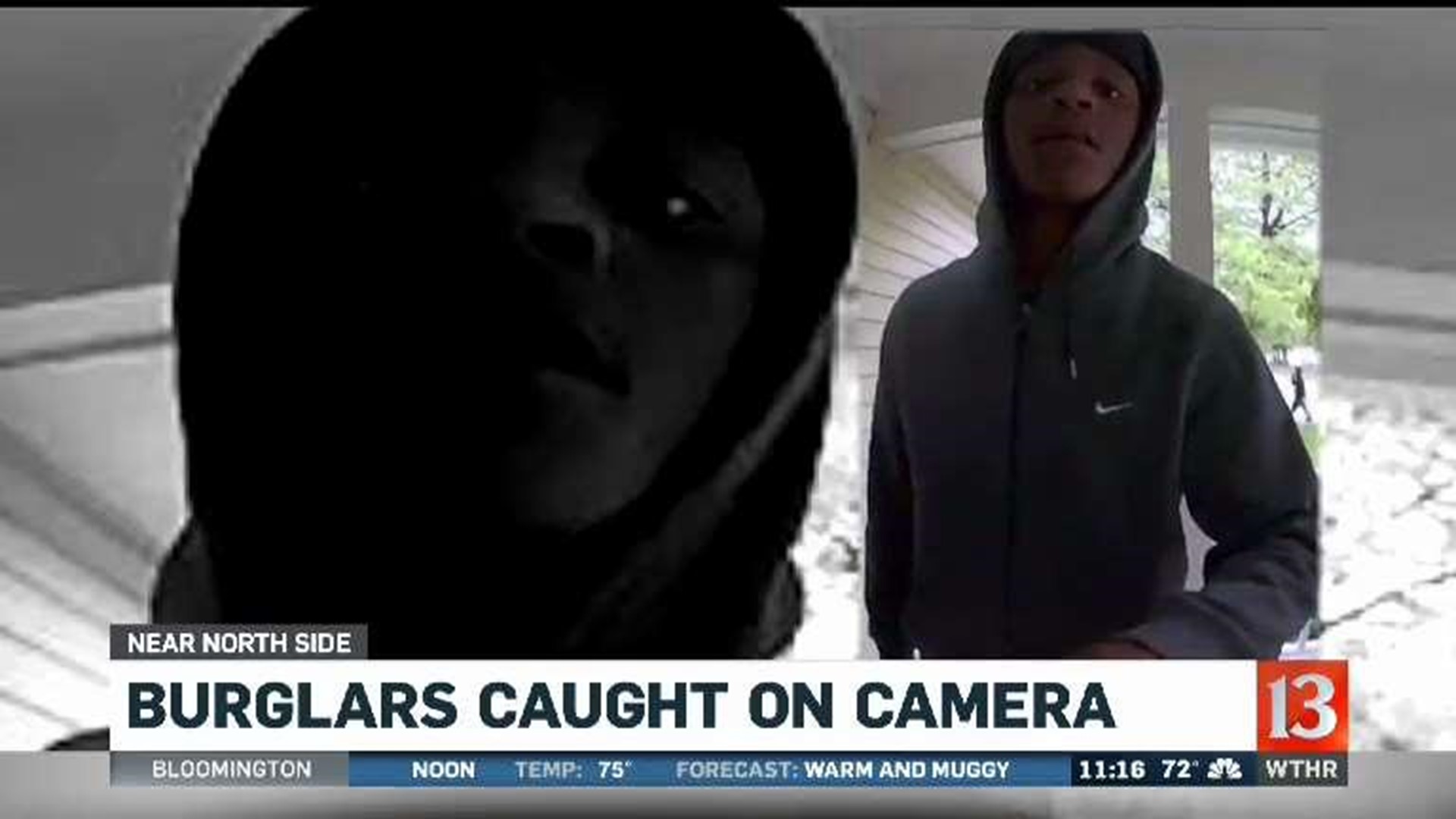 INDIANAPOLIS (WTHR) – Several families across the metro area want you to see their home surveillance video. The videos show burglars caught on camera.

The suspects are recorded stealing their belongings and in a couple of cases, it’s from inside their homes.

They've shared that video with Eyewitness News hoping someone in the community will help police identity the suspects.

In one case, the suspect went to the front door of a home on Indy’s Old North Side. He looked directly into the camera allowing it to record his face.

Metro police believe it’s the same man recorded inside a home near 24th and North New Jersey Streets. The video shows him wandering through the house where he reportedly stole electronics. The homeowner also found a couple of his rooms ransacked too.

The break in happened mid-morning in broad daylight. The victim knew right away he had been burglarized because he found his front door wide open.

“The side window to our front room had been busted in,” said Brian Cusimano, “You feel a little bit violated of course."

DO YOU RECOGNIZE THE MAN IN THIS VIDEO? He is one of a few burglary suspects caught on cam in the metro area this week. You can earn a serious CA$H REWARD by calling Crime Stoppers Anonymously 317-262-TIPS @cicrimestoppers @scoopjefferson @WTHRcom @IMPDnews pic.twitter.com/2T1ikk2QXZ

Across town, a family near Morris and South Reisner Street feels violated too. They have home surveillance video from the same day that shows a strange man in their backyard. The suspect in the video eventually stole their mower from the shed, according to the family.

What’s even more brazen is the fact that they even have a warning sign about security cameras in use. But that doesn’t seem to deter any of the people who have targeted their home.

DO YOU RECOGNIZE THE MAN IN THIS VIDEO? He is one of a few burglary suspects caught on cam in the metro area this week. You can earn a serious CA$H REWARD by calling Crime Stoppers Anonymously 317-262-TIPS @cicrimestoppers @scoopjefferson @WTHRcom @IMPDnews pic.twitter.com/oZv4knJxan

Cameras also recorded a woman stealing a package from the front porch at night time. The woman is with another person who appears to be pushing a stroller. The security camera also recorded their voices during the porch theft.

What’s even scarier is what happened to a family in Brownsburg. In the middle of the night, interior security cameras recorded two burglary suspects downstairs as the family slept upstairs.

The victims hope putting the suspects on blast by posting and sharing videos of their crimes will make a difference.

Many of the victims like Brian Cusimano believe the suspects should be held accountable for their actions.

“Maybe getting videos out there, getting more people aware this is what is going to happen if you decide to do this will help stop these sorts of things, said Cusimano.

Anyone who recognizes the suspects can call Crime Stoppers anonymously at 317-262-TIPS. If your tip leads to an arrest, you will earn up to $1,000 in reward money. All calls to the tip line are 100 percent confidential.