A woman on the verge of getting evicted from her home posted on NextDoor, and the neighbors showed up for her. 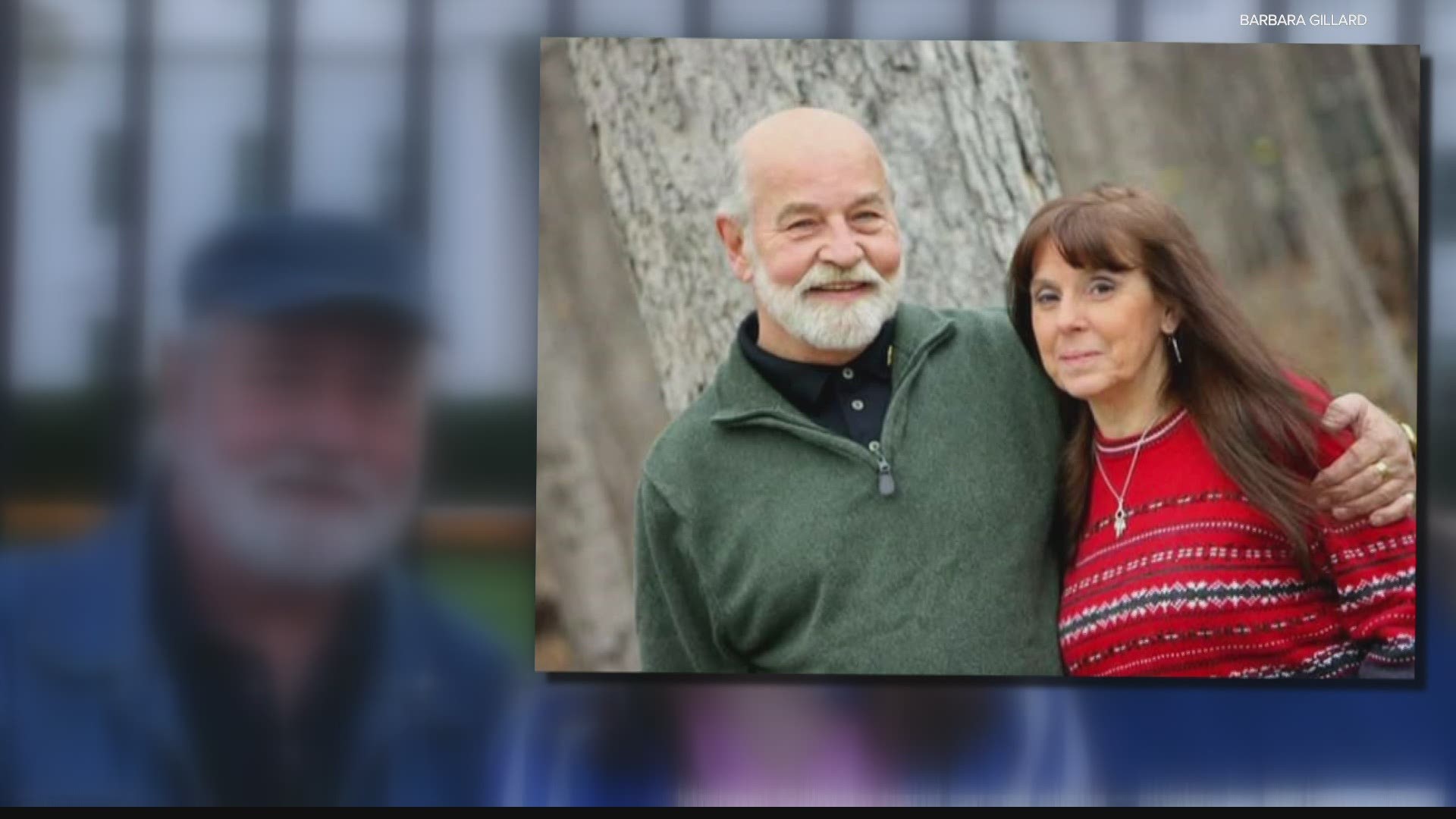 NOBLESVILLE, Ind. — Every day, no matter the weather, Barbara Gillard walks from her Noblesville apartment to the cemetery just down the street.

“He got sick Tuesday night and was gone by Saturday,” Gillard explained, talking about her husband of 25 years, Michael, who’s buried there.

“He was the most wonderful man I’d ever met in my entire life,” Gillard said.

Michael died unexpectedly three years ago from a septic gallbladder.

Sometimes, she still does, especially this past year during the pandemic.

Gillard has tried to stay busy, at one point, delivering groceries for several months to make ends meet but always worrying about catching COVID-19.

“People were saying, ‘With your age, you’re taking a chance,' and I did it as long as I could,” Gillard said.

After she stopped delivering groceries, Gillard tried to make it on Michael’s social security alone but quickly found herself falling behind on rent and going to food banks so she could eat.

Even that though didn’t always work out.

RELATED: Here are 10 heartwarming stories you might have missed in 2020

RELATED: 10 people who restored our faith in humanity in 2020

It hasn’t been in time though for Gillard to get her first paycheck so she could pay the back rent she owes her landlord. It also wasn’t in time to stop that same landlord from sending her an eviction letter.

“I had no idea what I was going to do,” Gillard said.

That’s when she started to pray.

“I was talking to God and I said, ‘I want you to take my hand and hold it because I’m going to put my life in your hands and if I try to pull my hand away, just squeeze it and don’t let me go,’” Gillard said she told God.

Twenty minutes later, she sat down and wrote a post on NextDoor. It started with one word, “Help.”

“I was desperate. I wasn’t asking anybody to give me anything. I was asking for resources out there that I could reach out to,” Gillard explained.

“My first thought was how brave this woman was to reach out like that,” said Kuhfeld, who started to read people’s responses to Gillard's words.

“There was a lot of good information there in terms of who she should talk to,” he said.

“I just wanted to try and do something a little more tangible than to tell her where to go to get help,” Kuhfeld added, so he reached out to Gillard and offered to contact her landlord and pay her back rent so she wouldn’t get evicted.

RELATED: A Home for Holaday: Community rebuilds home for veteran in time for the holidays

“What I was really trying to do was set an example for other people to perhaps do something a little more tangible as well, and I think it worked,” Kuhfeld said.

It certainly seemed to.

Others have since stepped up to help with a few more months of Gillard’s rent. Some plan to send grocery cards and food for her dog and two cats.

She won’t forget such kindness. She can’t, knowing there are more Barbara’s out there every day.

“I’m just one of millions of people out there who are struggling,” Gillard said, adding that when she gets on her feet, she plans to pay it forward.

“That’s what it’s all about, helping each other,” Gillard said.

That’s what her husband, Michael, would have wanted her to do, and that’s how she’ll honor his memory.

“I think that’s what it boils down to is, depending on each other,” Gillard said.