Metro police are looking for a pair of car thieves, who drove off with an SUV that was just dropped off at an auto shop on the south side. 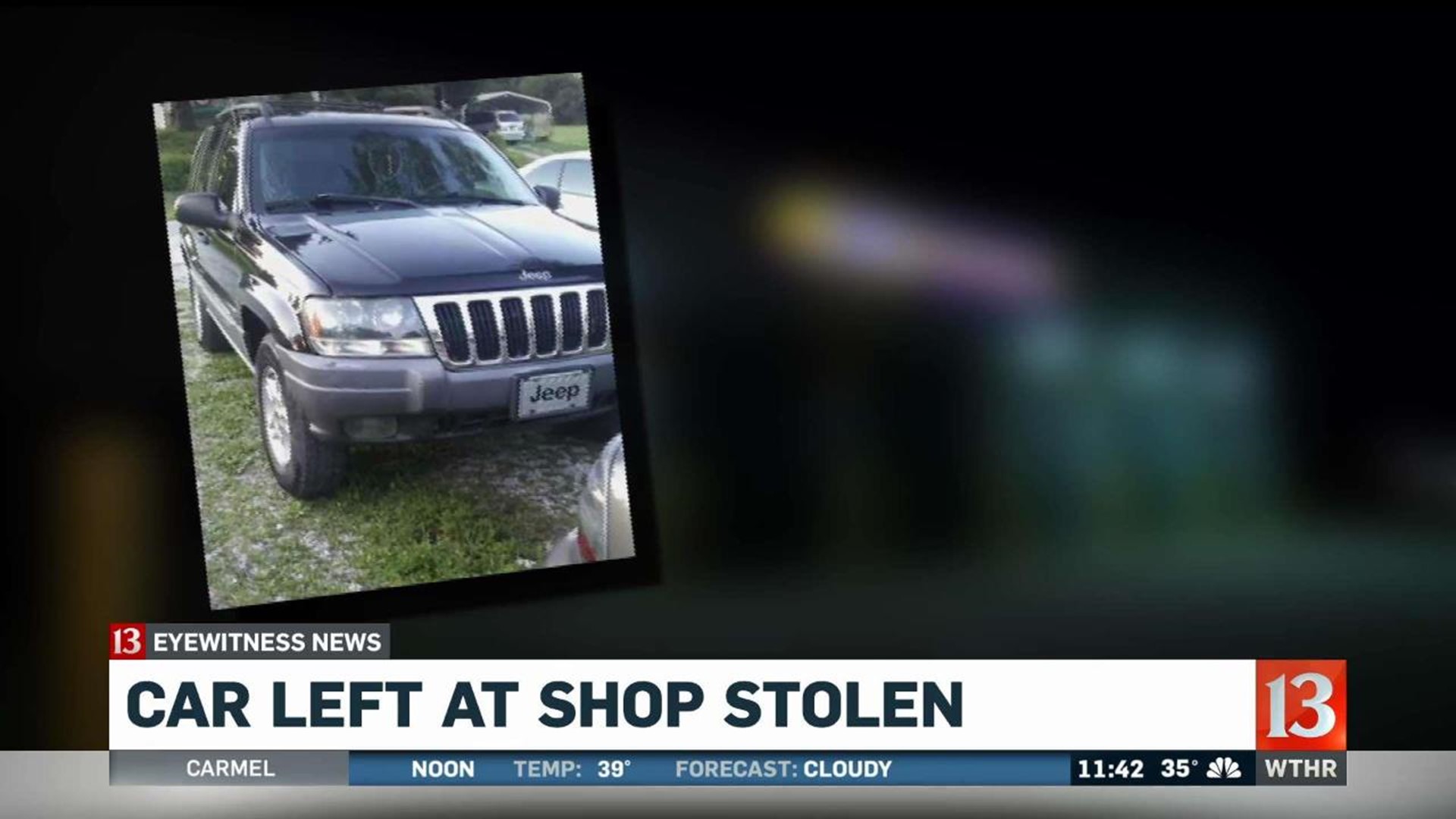 INDIANAPOLIS (WTHR) – Metro police are looking for a pair of car thieves, who drove off with an SUV that was just dropped off at an auto shop on the south side.

It happened early Friday morning at Ramsey Automotive on Emerson.

Taylor Combs took her Jeep Cherokee in after-hours Thursday night, leaving the keys inside. But when workers opened the next morning the car wasn’t there.

“It’s everything. I’m absolutely devastated it’s gone so I was just bawling, and I immediately left to figure out what was going on,” said Combs.

Combs says the owner showed her the surveillance of the theft.

“I saw the guys mess with another car and he got in this person’s car and tried to start it but the motor was locked up, so he ended up going to my car and I watched him take off with it,” said Combs.

She wasn’t sure if she would see her car again but just two days later, the SUV was found abandoned in a neighborhood pond near Thompson and Keystone.

“The stickers were gone so I just didn’t know but I just had a feeling it was mine,” said Combs.

Police confirmed it was her car a few hours later.

She doesn’t know if it will still run and was told she’ll have to pay nearly $300 to get it back.

She is happy to know what happened but now wants to know who did it.

“They put a damper on me and my son’s life. I am struggling as it is now, and you just hurt me worse. I just want them found and I want them caught,” said Combs.