I remember being 5 years old, sitting on my family's living room floor, watching the "CBS Evening News with Walter Cronkite", and knowing that was what I wanted to do. 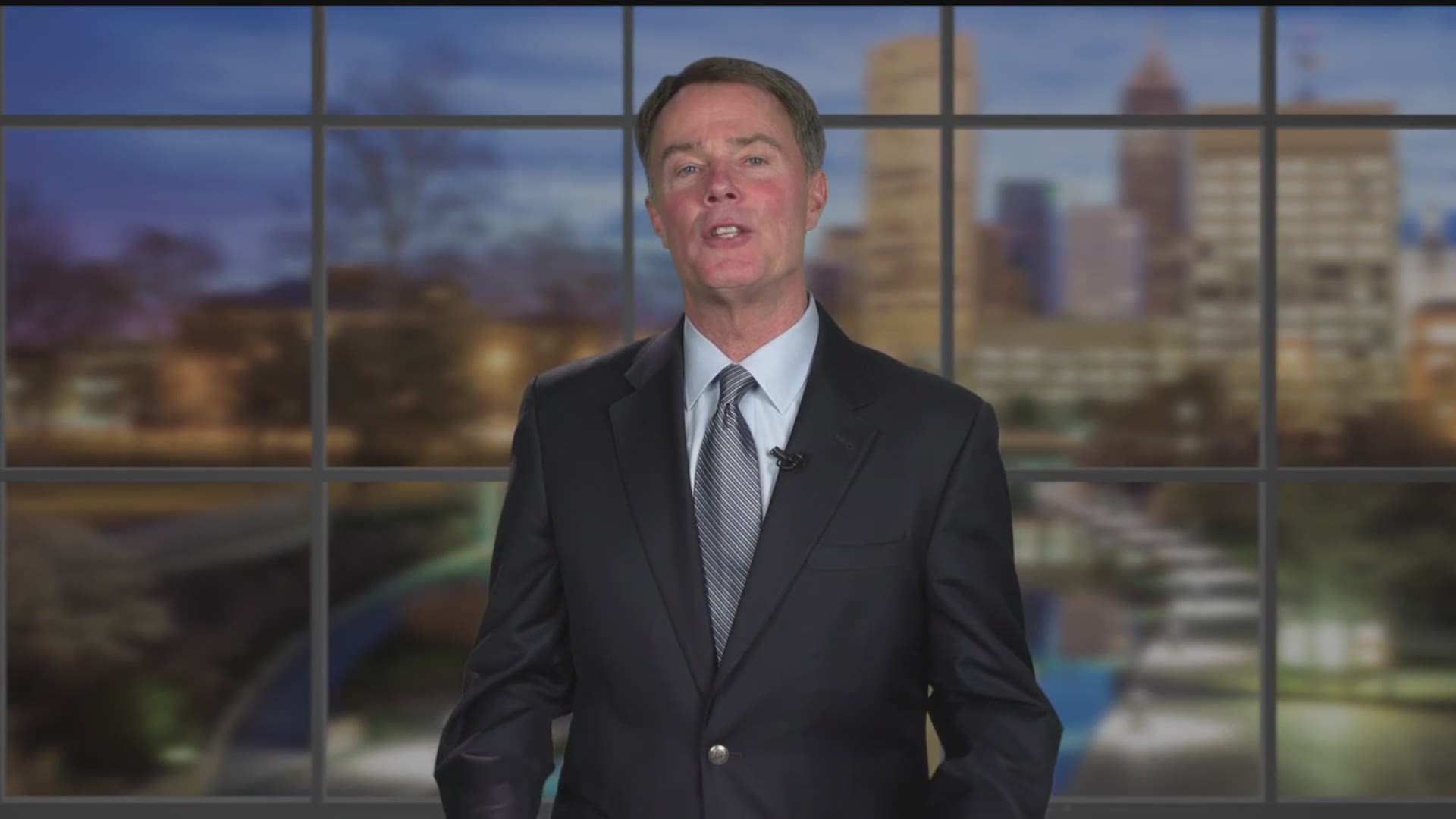 One of the privileges I have had in my 42 years of being a reporter is to have met many, many well-known people. Athletes, politicians, actors, singers — if you can think of someone who has been in the public eye over that time, chances are good that I have met them at one time or another. To be honest, most of the time, it's not really that big a deal to me. I learned a long time ago that people who are well-known are really not that much different than the rest of us (except that they're more well-known). They have bad breath in the morning, too, and when they put their pants on, they do it one leg at a time. It's been a rule of mine from a very young age after I met Roberto Clemente and was hit by the realization that he was just a regular guy (with a cannon for an arm and a knack for hitting 95 mile an hour fastballs, but other than that, not really that much different from the rest of us).

But, as with any rule, mine has one exception. And that started at a young age for me too. I remember being 5 years old, sitting on my family's living room floor, watching the "CBS Evening News with Walter Cronkite", and knowing that was what I wanted to do. I was the youngest in my family, but that didn't stop me from shushing everyone else, so we could hear what Uncle Walter had to say. I knew then, and still believe now, that it is important. The free flow of information is foundational to our democracy and our liberty. There's a reason that it is the FIRST amendment to our constitution.

For those of you who may not remember, Walter Cronkite was an iconic figure, not just in broadcasting or journalism, but across all walks of life. He was the "most trusted man in America" at a time when the country was less combative and tribal. Unlike today, people were willing to give him the benefit of the doubt, and he earned their respect and loyalty. He represented the standard that I wanted to reach.

Now fast forward about 15 years, from sitting on my floor as a child to a young reporter covering my first Presidential campaign in Erie, Pennsylvania. It was April of 1980, and candidates George H. W. Bush, Ted Kennedy, and Walter Mondale were all coming to town on the same day. It was going to be a long one, but a day that I had been anticipating for weeks. I didn't think it could get any better or more exciting than to cover my first Presidential election, until it did.

When the first national press plane arrived, I watched as familiar faces of the network correspondents stepped onto the tarmac -- and was surprised to see Walter Cronkite himself getting off the plane! And, since I was reporting for the CBS station at the time, he came to us for a briefing on local politics and the importance of this day for the good people of Erie. He asked me questions and seemed to engage with my answers. He listened to me. Needless to say, it was a banner day in my life and fledgling career in journalism.

People say you should be careful about meeting your idols, that you can be disappointed for any number of reasons. Fortunately, meeting Walter Cronkite for me was nothing but positive. Did I mention that he 'listened' to what I had to say? Nonetheless, I came away from the interaction thinking that it was just a moment in time. He probably talked to hundreds of people a day, and I was just one of them. I didn't imagine that I made much of an impression, especially compared to the impression that he had on me.

Now let's fast-forward again, another 10 years down the road, when I started working at CBS News. Walter was set to appear on 'CBS This Morning' one day when I was also in the show's rundown, so we ended up together in the green room. I figured that it would be a great opportunity to re-introduce myself. As I started to say hello, he cut me off, told me that he had been watching my work and thought it was good. And it didn't end there.

He mentioned that he remembered our previous meeting, a decade earlier on the tarmac in Erie. He reminded me of details about that day and the circumstances surrounding our meeting. The placement of the reporters and the people, the candidates in town that day and the issues they discussed. The cloudless sky. The details he mentioned were spot on. He may have talked to a hundred other people that day, but he remembered talking with me.

Walter Cronkite remembered me. A career (and life) highlight for sure. A few weeks after that, he and I talked over lunch, and we would see each other in the hallways from time to time. It would be overstating it to say that we became "friends," but I have always cherished the notion that for a few years, I was a colleague of Walter Cronkite's, one who benefited from his generosity and kindness.

And, he remembered me.

Tomorrow: The stories I remember the most...