John Stehr writes a final farewell to his followers at Channel 13. 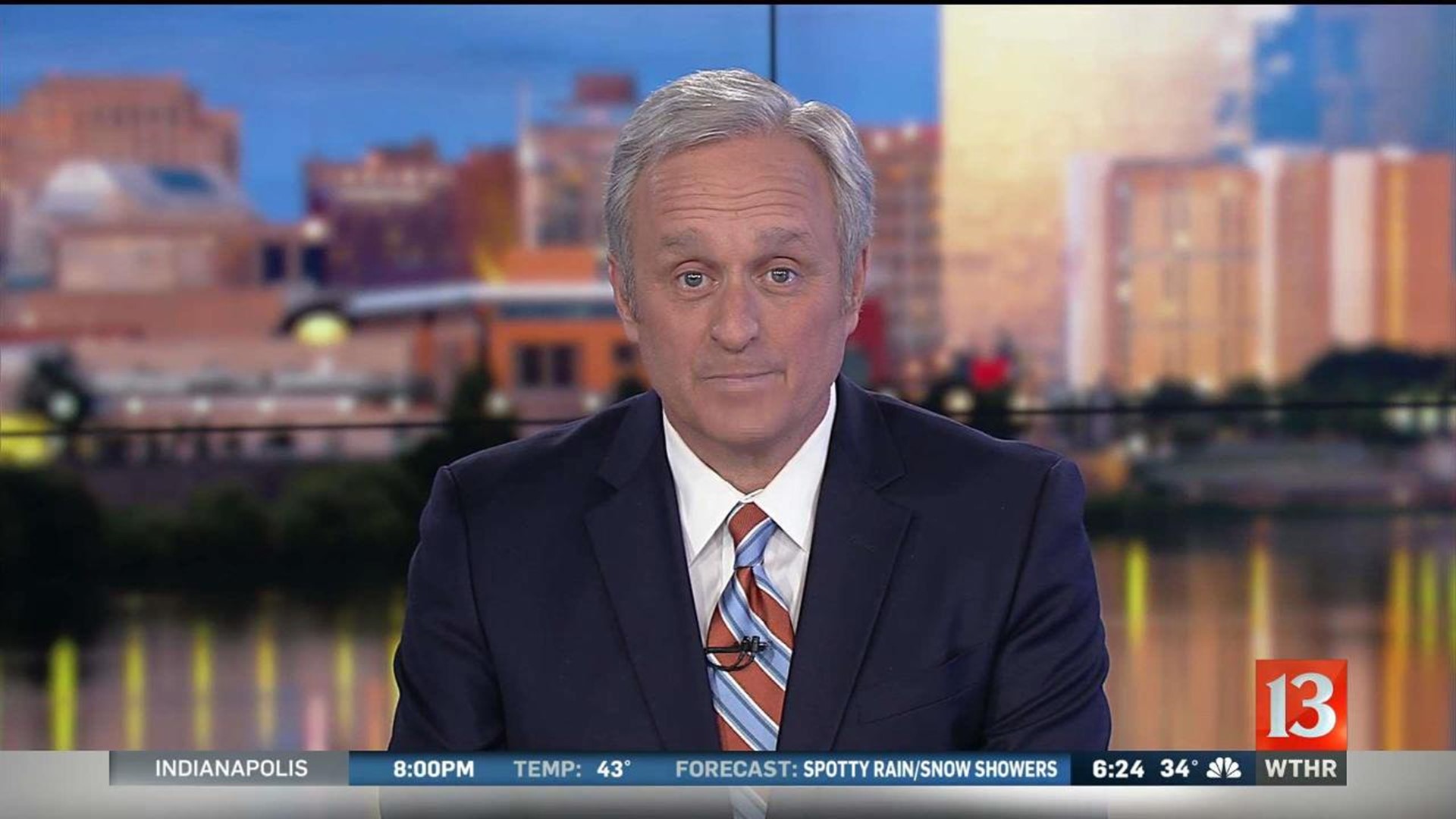 Everyone has a reputation, and I would like to think that my reputation among the people with whom I have worked would be something along the lines of: "That guy can really take his time cues." It's a source of pride for any anchorman or woman, getting off on time, knowing when to wrap it up.

After a 42-year run in broadcasting, including nearly 24 here in Indianapolis, it is time for me to "wrap." The broadcasting business has been good to me, but the people of Indianapolis have been GREAT to me. I will have some final thoughts at the end of tonight's 6 o'clock news. I hope you'll tune in so I can say goodbye in person.

Now, I know there are some out there who may not particularly care for me (my mother would never understand that, by the way), but enough of you have been supportive that I have had the opportunity to stay on the air longer than any other news anchor at Channel 13 since the station signed on in 1957. I'm proud of that accomplishment, and I want to thank all of you for playing a role in that.

Beyond that, I have learned without a doubt that "Hoosier hospitality" is real. It's easy to be a friend in the good times, but many of you have extended friendship to me when life has been harder. When I shared the story of losing my first-born son, you responded with kindness. Many people offered congratulations when my other children were born and encouragement when I went through a heartbreaking divorce. You celebrated with me when I met and married the greatest love of my life, Amy. When I went through open heart surgery last year, you offered prayers. I feel like I have more friends in Central Indiana than I could ever count.

And those friends include the people with whom I work every day. I wrote about some of them yesterday, but if I start naming names outside of my close work group, I fear that I would leave someone out. No one here at channel 13, past or present, deserves to be left out. We have a great, hard-working group of people. If you choose to watch our newscasts, you get the benefit of all of their talent and expertise. You get their sensibilities, their heart and soul. I can't begin to thank them enough for all that we have shared. Starting in the mid-1990's, we took this television station from fourth place in Indianapolis to No. 1 — and kept it there for more than a generation. We have built a bond with each other, and with many of you, that can't be broken.

In my time at WTHR, I have worked for four general managers and six news directors. Many different personalities, but they all have at least one thing in common, all of them have given me nothing but their confidence and support. I want to thank them for allowing me to keep this job for so many years.

Over my entire career, I have worked for at least two dozen other bosses, and with countless other colleagues. In their own way, they have all left me with something that helped make me better. With their help, I have gone from being one of the youngest news anchors in the country to being one of the older (although I prefer to think of it as most "experienced") guys in the newsroom. It has been a wonderful ride.

And, it's not completely over yet. For the next few years, I plan to come back from time-to-time whenever they'll have me — mybe to fill in when my friends need a well-deserved break or to take part in our coverage of some special events in central Indiana. So really, this is more of a "see you later" than a true goodbye.

There's a quote out there floating around the internet that is often attributed to Dr. Suess (though there is no real proof that he ever said it). But it sums up perfectly how I feel right now. My daughter Meredith says it sometimes, too: "Don't cry because it's over, smile because it happened." Nearly 24 years after I first took this chair, I will take away a lifetime of memories ... more than enough to make anyone smile.

See you tonight at 6 p.m. for one last regularly scheduled time on the Big 1-3.