Our daily get togethers at channel 13 will be coming to an end in a few days. But, before I go, I wanted to share with you where I am coming from and where I am heading, at least as far as I know. 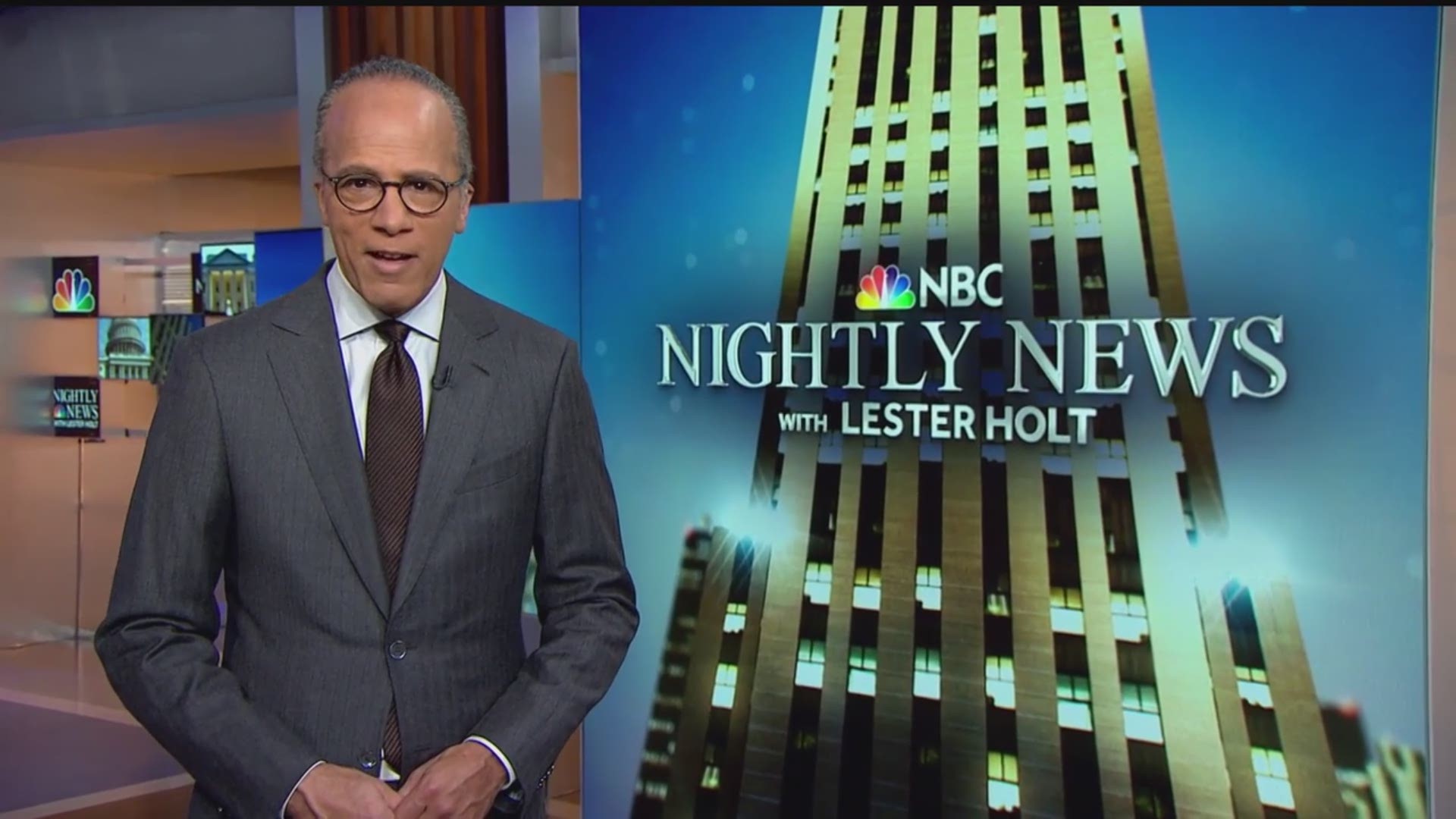 As we all look forward to 2019, I am among those ready for some big changes in the new year. Our daily get-togethers at channel 13 will be coming to an end in a few days. But, before I go, I wanted to share with you where I am coming from and where I am heading, at least as far as I know. Looking back is easy. Looking ahead is much less clear, but it is finally time for me to explore life after broadcasting. I may get another job. I may volunteer. I may just hang out with my wife all day and offer her helpful advice and home-making tips. OK, maybe not that third thing. Either way, I'm sure that the first few months will be a time of rest, reflection, and being with my family in the evenings (something I haven't been able to do on a regular basis for decades.)

So much has changed in the last 42 years. As I embarked on my broadcasting career, I was a little taller and my hair was a little (OK, a lot) darker. The broadcast news business has changed too — and I have been blessed to ride the wave for my entire adult life (so far).

Yes, I will be walking away this week from the job that I have loved for decades. I've been planning it for months, and after a short delay, the time for me has come. I have been taking "time cues" from the studio crew for years. This time the cue is coming from inside my own head — time to wrap it up. My long career fades to black on December 21st.

Before I go any further, let me say that I know I have been remarkably blessed to get to do what I have been able to do since 1976. A lot of people have helped me along the way. First and foremost, I owe a great debt to everyone who has chosen to watch channel 13 over all these years. If you're not watching, the people in charge will find someone else to put in the anchor chair. It's as simple as that. So thank you for the support.

As for people who have been important to me on my side of the camera — there are too many to count, too many to name. People who have stuck their necks out for me, who have challenged me to do better, and who were willing to tie their fortunes to mine. There have also been a couple who fired me, but I'd like to think that made me stronger and more focused for the rest of my career.

My journey began during my first year of college at Gannon University in Erie, PA. I played on the soccer team and one of our fans was the news director at a local AM radio station (yes, local radio stations had their own news departments in those days). He gave me a part-time job that could be molded around my school, practice, and travel schedule.

It was also back in the days when radio and television stations operated together, and my radio station had an ABC-affiliated television station up the road. One day when one of the TV reporters called in sick, I talked the news director into letting me take his place for a day. That turned into two, then three — and before long, I was putting in all my hours at the TV station. It was a great place to start and I am grateful that they gave me the opportunities they did.

I ended up moving across the street to the CBS station before graduation, and they gave me the chance to be the 11PM news anchor at the tender age of 21. I was woefully unprepared but managed to keep the station on the air and the FCC away from the door. But, for my career to blossom, I knew that I would have to reach beyond Erie.

After another year, I moved on to Grand Rapids, Michigan for a while. Then a short stint in Indianapolis at WISH-TV. From there, I went to Salt Lake City for nearly a decade before joining the group that put CNBC on the air in 1989. CBS News was next, where I spent some years as a network correspondent and anchor working out of New York City before finding my way back to Indianapolis and WTHR. Of all the moves I made, the last was the best. I will always treasure my time here: watching my family grow and change, and the friendships and relationships that have come into my life along the way.

I am not getting into all of this because I have lost perspective and think that my life and career are so important. If you have read this far, I feel like I owe it to you — because of what you have given me and my colleagues here at WTHR over the years. By my best estimate, I have been on the anchor desk for somewhere around 17,500 newscasts here at the Big 1-3 — during which you have allowed us to tell your stories. Even when the circumstances have been hard — on your worst days. And, occasionally, on your best days. The least I can do before signing off is to share some of mine.

The rest of the week, I will post some thoughts and perspectives that I have gained in a lifetime on this side of the camera. I'll try not to be too boring. Tomorrow: Meeting my idol.