A state lawmaker is now apologizing for posts he made on social media. 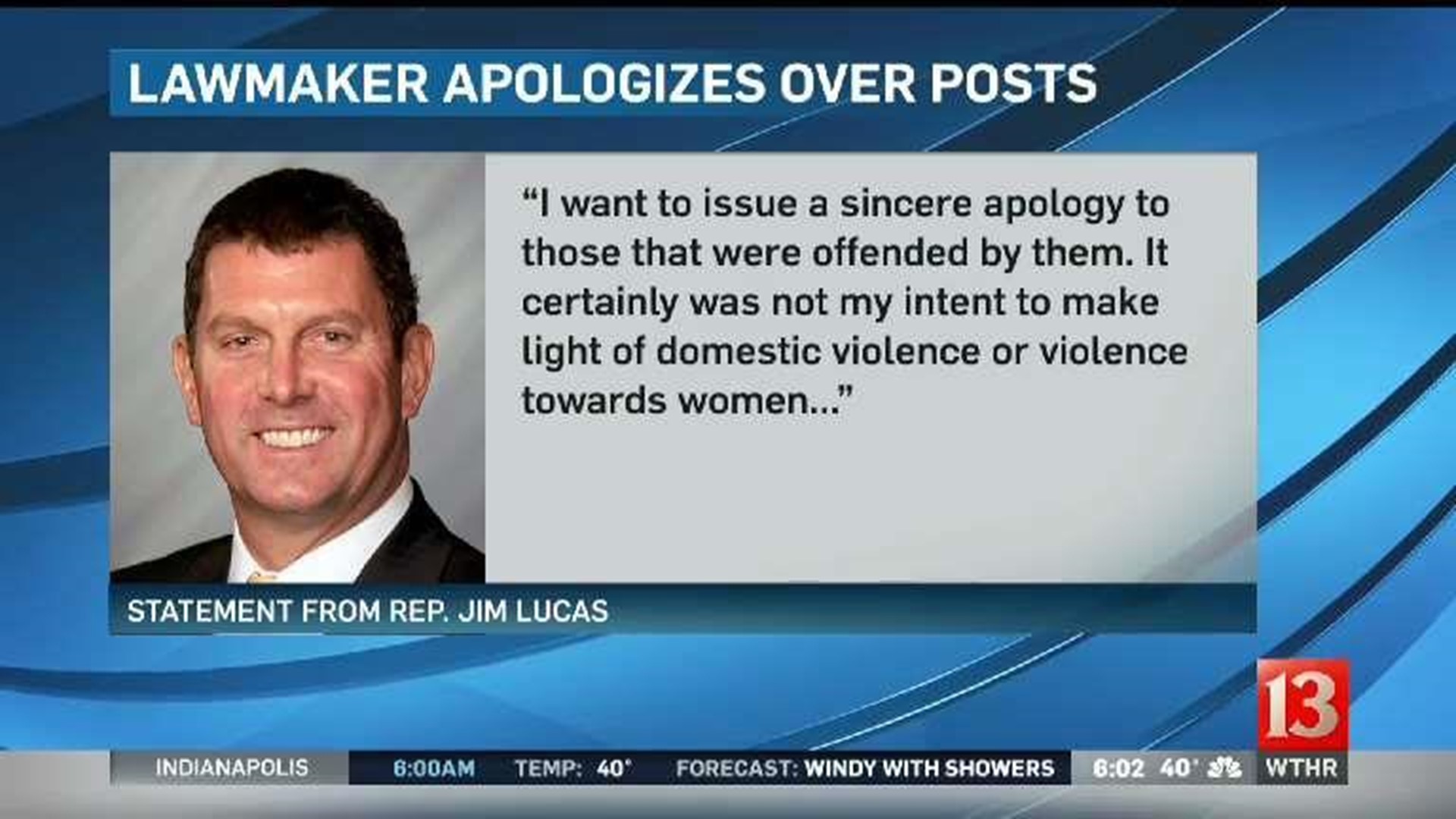 INDIANAPOLIS (WTHR) - A state lawmaker is now apologizing for posts he made on social media.

Rep. Jim Lucas (R-Seymour) was the subject of criticism for a post he made Sunday on his personal Facebook page, showing a woman getting pepper sprayed at a protest. A caption on the photo read, "Participation trophies, now in liquid form."

Monday, Lucas told Eyewitness News he didn't regret posting the photo and planned to leave it up.

As criticism swirled around that post, another post on his page, this one from December 19, also drew attention. It showed a woman in the trunk of a car with a caption that read "Wanna know who loves you more...your wife or your dog? Lock them both in the trunk and see who's happy to see you when you let them out."

As for the second post, Lucas told Eyewitness News he found the meme to be "innocent" and "funny" and that he "would never condone violence against another human being, particularly a woman, and would personally intervene in such a situation."

Tuesday, Lucas had removed not only those two posts, but dozens of others, from his Facebook page, leaving an apology:

In view of the recent issue of some of my personal Facebook posts, I want to issue a sincere apology to those that were offended by them. It certainly was not my intent to make light of domestic violence or violence towards women. These issues are something that we must continue to address and I genuinely regret that my posts were a distraction from these important issues. To assuage any further concerns and to put this matter behind us so that we can focus on more important issues, it is my decision to remove these posts from my Facebook site.

For those that know me, you know that I genuinely care about all people and would never condone such actions and would be the first person to step in to help a person in need. My Facebook page has always been open and a place where some very interesting and spirited discussions have occurred. Because of that open interaction, many people, myself included, have gained a greater and more positive understanding of those that we disagree with. Please know that your overwhelming support and understanding through this has been greatly appreciated.

To those that don’t know me, my name is Jim. I have a family that I love deeply, I’m human and I wear my emotions on my sleeve. I am not a polished politician, but just an average person that got involved in politics to make a positive difference in the lives of everyone. I own this incident and accept full responsibility for it. I only ask that everyone think about the amount of vitriol that this lapse of judgement on my part has fostered and commit, as I am, to being a more positive person moving forward.

A second state lawmaker, Sen. Jack Sandlin (R-Indianapolis) had also drawn controversy for a post about Saturday's Women's March on Washington. He apologized for the post Monday, removed it, and said he was trying to figure out how the photo was posted to his Facebook page.