Andrea Vellinga has a traumatic brain injury, but she doesn't let her injury keep her from doing what she loves – running. 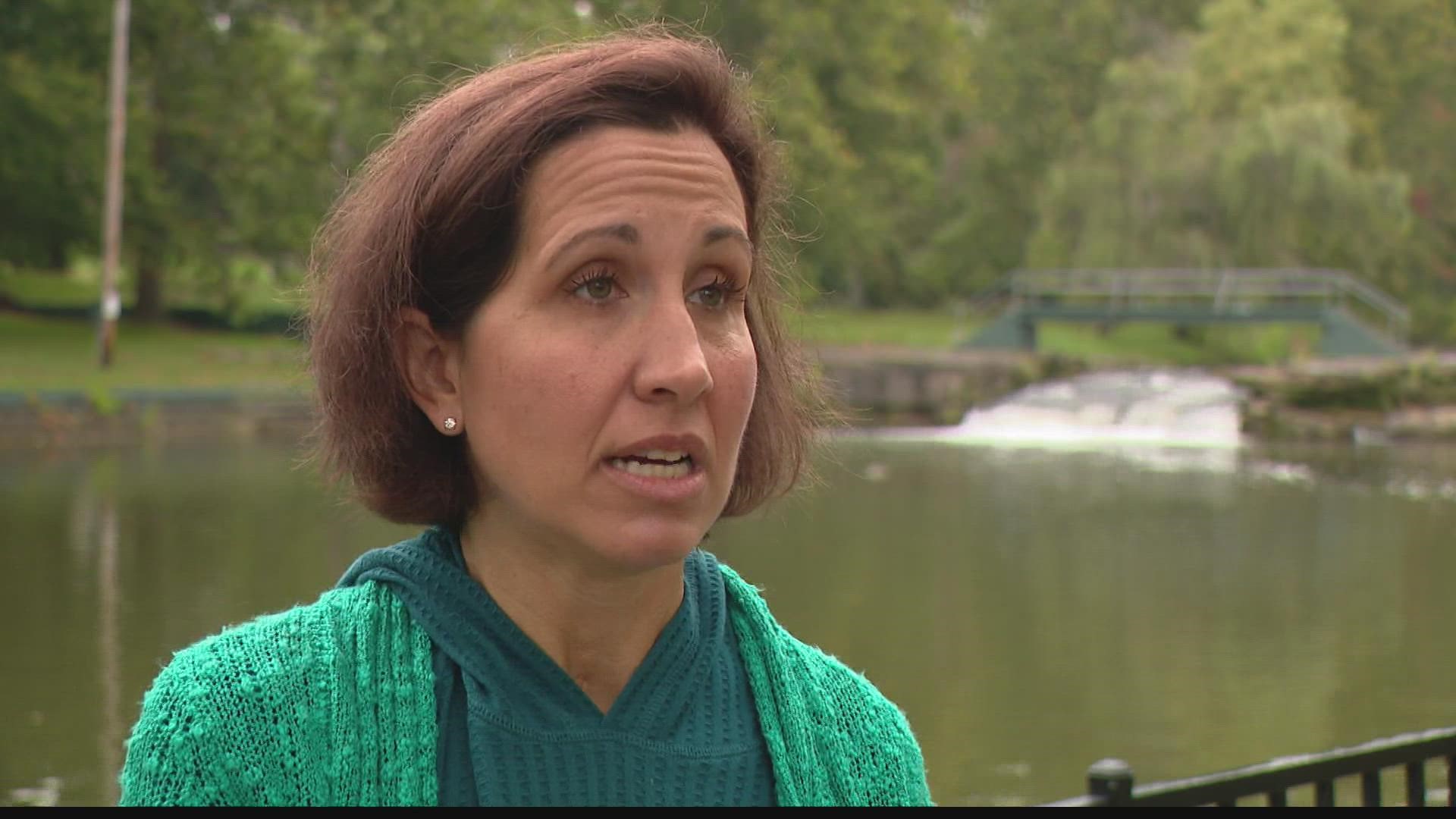 INDIANAPOLIS — Andrea Vellinga is a survivor.

"I feel like I'm here because of God and faith," she said.

Vellinga has a traumatic brain injury, but she doesn't let her injury keep her from doing what she loves – running.

We caught up with her during the Brain Bolt 5K in Carmel. ﻿As she made it across the finish line, there were cheers and congratulations from the crowd as her medal was placed around her neck. It's another accomplishment to add to her list.

"(Doctors) told (my parents) I might not even survive," said Vellinga. "That's why I like coming to stuff like this because I can do it, thank God."

The night of Aug. 13, 2011 changed Andrea's life forever. She was critically injured when the stage collapsed in high wind prior to the Sugarland concert at the Indiana State Fair.

"I mean, I went to a concert and came out with a brain injury. Like, no clue. But you struggle," she said.

A portion of her skull had to be removed and she remained in a coma for weeks.

On the anniversary, she spent time in Colorado at a place for people with brain injuries called Camp Breckenridge.

"I went out there and did things I never thought I could do again, like kayaking and ziplining," said Vellinga. "I bawled my eyes out for most of it because I thought, I can't do that, but I did it. I mean, you gotta try and get it done."

She's excited that an apartment community for people with brain injuries could soon be coming to Westfield. It's called Villa Licci.

"I wish it would have been here right after my accident because you need places like that where you feel good and have help. I'll be there to help out and talk," said Vellinga.

Through it all, Andrea has made incredible progress, but challenges remain.

"I know I told you before that my biggest issue was I couldn't taste or smell, but see, that's old news for me. Now it is the seizures because that's a big deal for me," said Vellinga.

She said her biggest support is her daughter, Lydia.

"She is amazing. She's always there for me and God knows what she's been through. I mean, seeing your mom have seizures...what?! That can't be normal. I pray for Lydia every day that she keeps her strength. I don't think I'd be here without her," said Vellinga.

Andrea believes running is what saved her life.

"It helps. Like when I went to the hospital, doctors told my parents, if I survive, I might be in good shape because I was training for that all-women's half (marathon). But I did survive and I'm here for some reason. I'll never think I'll know, but I'll be here. I'm glad I still get to enjoy life," said Vellinga.

Andrea also wanted people to know that brain injuries are more challenging than we realize. She still gets easily confused at times and she has challenges with short-term memory, but says her long-term memory is amazing.