Spring cleaning is now underway on the streets of Indianapolis. 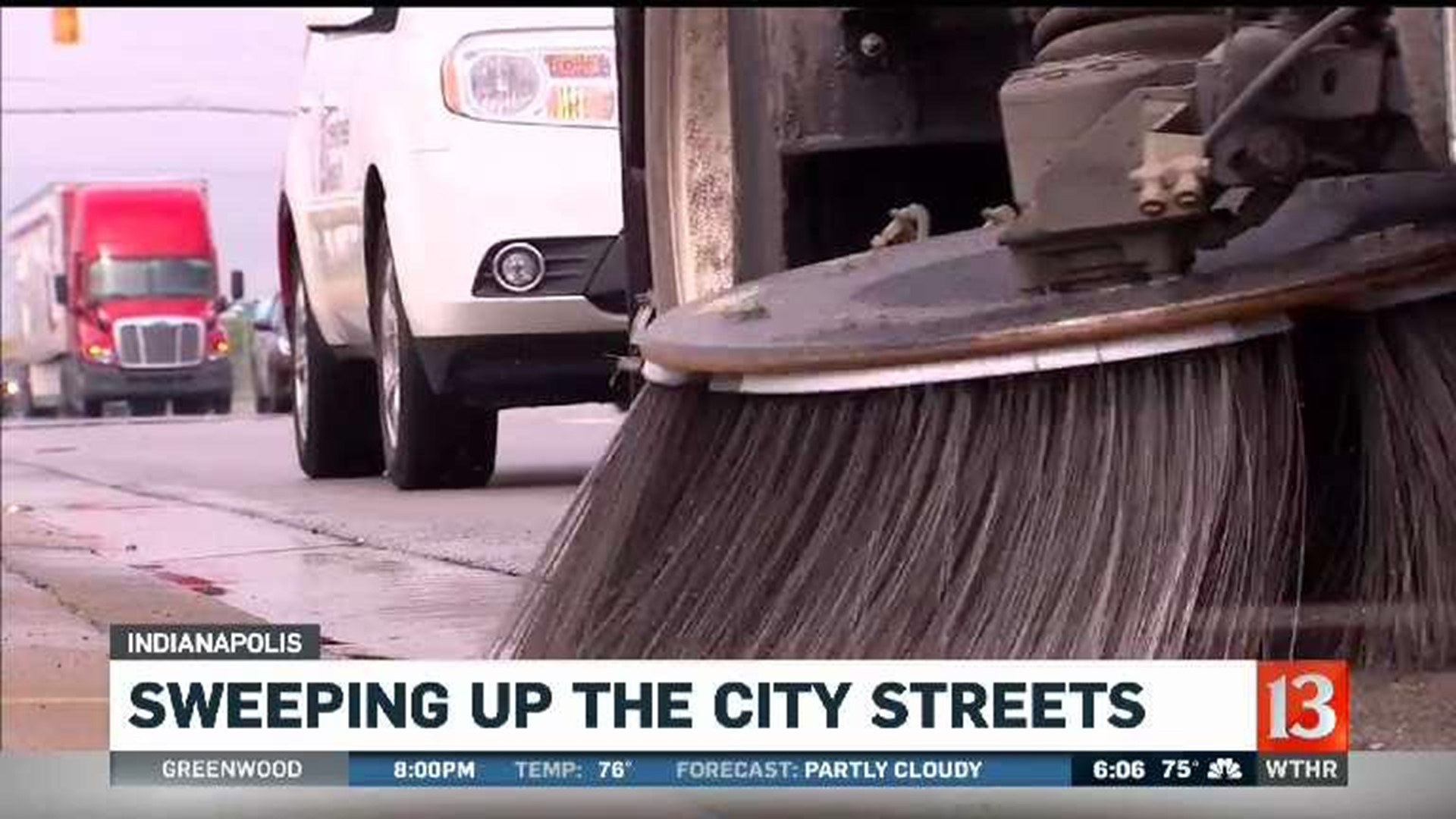 INDIANAPOLIS (WTHR) – Spring cleaning is now underway on the streets of Indianapolis. It's all part of the mayor's $2.1 million initiative to remove salt, litter and other debris from city roads, many of which haven't been swept in years.

Wednesday morning, Department of Works driver Dewon Jones was behind the wheel of one of the city's six new street sweepers, headed down Lafayette Road.

"We're picking up all kinds of stuff, anything you can imagine," Jones said.

He said the street sweeping program isn't just about beautification but about preserving the pavement and improving water quality.

The sweepers which which have two large rotating brushes on both sides of the vehicle, basically pull debris into a hopper, which is emptied several times a day.

When the brushes are down the sweepers usually go no more than 7 mph, to make sure they're picking everything up, gravel and all.

Yet each will cover roughly 30 miles a day, picking up tons of debris. Unlike potholes, the city will not be taking requests to have streets cleaned.

While DPW is still finalizing the schedule for each route, which will be announced in June, it did provide this general overview of service:

A DPW spokesman said sweeping will occur during the day and at night and DPW will publish street sweeping schedules "in a manner similar to solid waste pick-up schedules, so that residents can plan to move their cars off of the road in order for equipment to sweep all the way to the curb."

The program is being funded through an increase in parking meter revenue, which was approved by the City County Council.