Two of Indy's well-known sports radio hosts are searching for a fresh start. 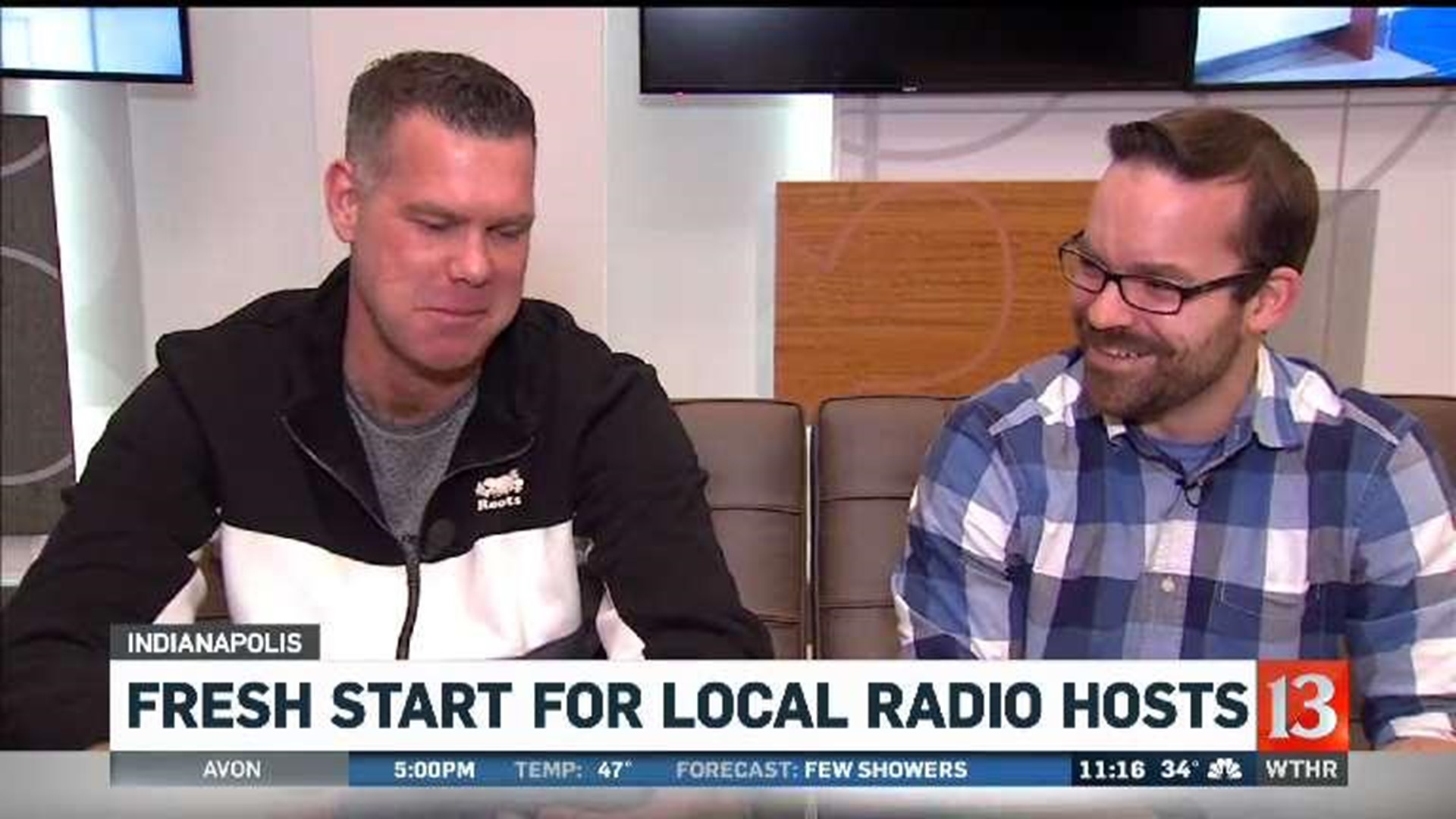 Jake Query and Derek Schultz have spent the past eight and a half years together at Fox Sports 1260 WNDE. On Tuesday, the duo learned they had lost their jobs as part of company-wide layoffs.

They told Eyewitness News that they were among more than 1,000 employees let go nationwide by parent company iHeart Media.

"It was never a matter of if, it was when," Shultz said. "This was eventually going to end at some point. It always ends abruptly, and here we are."

"We were victims of a numbers game," Query said.

They were known as much for their "Odd Couple" back and forth as their sports banter.

"I'd say kind of like Sonny Bono and Cher. Like you never knew if they were on or off, right?" said Query. "But you didn't think about one without the other."

"We always joked around it's not a real job because it's something both of us grew up wanting to do and hope to still continue to do," Schultz said.

Query and Schultz often appealed to listeners on behalf of people in the community who needed help in some capacity.

"When you would meet people that didn't have a voice and needed someone to speak on their behalf, I took that as a responsibility," Query explained.

It was just Monday when Query told listeners he'd happened upon a weekend armed robbery at a local gas station. One of the suspects pointed a gun at Query's face before Query threw his car in reverse, got away and called 911.

The next day, he found out the clerk who got robbed was already back on the job.

"He told me that he could not afford to take the hours off," Query said.

Query asked listeners to contribute to a Go Fund Me account to cut the clerk some slack. So far, it's raised more than $7,000.

"I just feel like it was the right thing to do," Query said.

When it comes to the right thing to do next, professionally speaking anyway, that chapter is still unwritten.

"What's important, Emily, is that we're going to remain best friends, so none of that is going to change," Schultz told Eyewitness News Reporter Emily Longnecker.

"What are you doing tomorrow for lunch?" Schultz asked Query.

"I just blocked your number 20 minutes ago," Query responded.