Scotty's leaders sent an email to their employees, saying they tried to get money back to pay their workers but the Johnson LLC wouldn't let them. 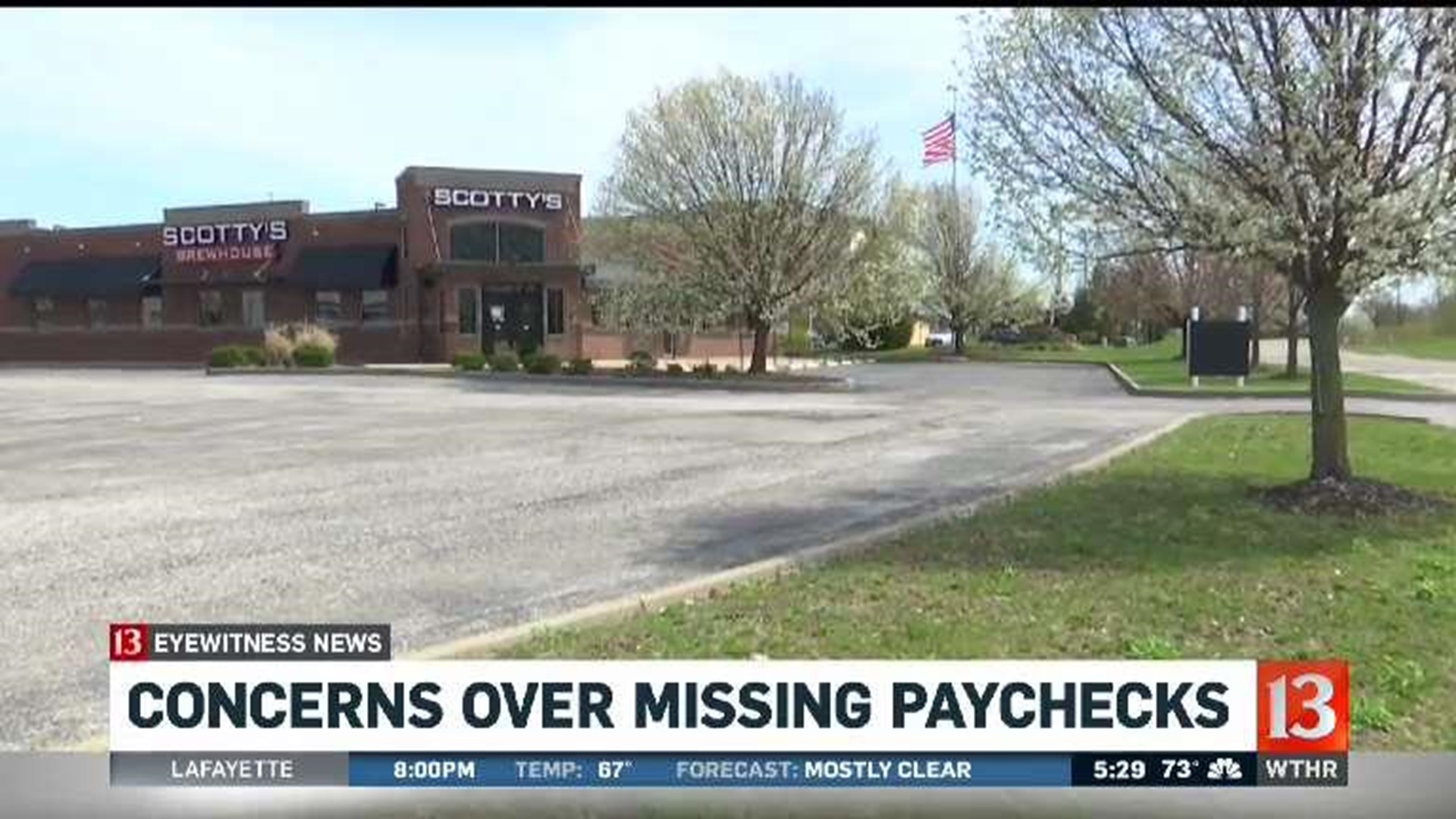 SOUTHPORT, Ind. (WTHR) — Scotty’s Brewhouse workers in Southport should have seen their final paychecks on Tuesday, but they are finding out that won't be happening.

They're out of a job and now confused about who is to blame.

There hasn't been a lunch crowd at the Scotty's Brewhouse in Southport for almost a week. The location closed abruptly on Thursday, disappointing potential customers and its former workers.

Scotty's contacted the folks at Johnson Hospitality last week to let them know they needed extra money to make ends meet. Instead of getting the money they needed, Scotty's leaders say the Johnson Hospitality Group decided to close the location and then cleaned out their bank account, leaving them without a penny to pay their workers or anyone else.

The @brewhouse in Southport closed almost a week ago. Today was supposed to be payday for former workers, but they just found out they won’t get paid. Dispute between the company and the store’s owners (Johnson Hospitality Group LLC) has workers wondering who is to blame @WTHRcom pic.twitter.com/ueaLEN5mZY

"The initial, 'what the heck is going on,' then the creeping realization of, 'how am I going to pay my bills? I am now out of a job,'" said Brewer. "I have to scramble and take care of making ends meet and find a new job as fast as I possibly can."

Scotty's leaders sent an email to their employees, saying they tried to get money back to pay their workers but the Johnson LLC wouldn't let them.

State records show the Johnson LLC is based just across the parking lot from the Southport Scotty's at the same address as the Mucky Duck Pub.

Eyewitness News tried to get ahold of the people in charge of the LLC and they told us those accusations aren't true, but wouldn't tell us anything else. Now workers are wondering what really happened.

"We're stuck in the middle with no answers, wondering what are we going to do now," said Brewer. "I'm not trying to put blame on either side. I'm just really wanting to come to a consensus and make sure the employees are taken care of."

Scotty's leaders told the workers that despite the other closures we've seen from the company lately, they had no plans to shut down the Southport location and apologized to the team.

They say they don't know if — or when — they may get money back to pay them for their last weeks of work.