When Southport's police officers report for duty, many leave wives behind who don't know if their husbands will be home at the end of their shift. 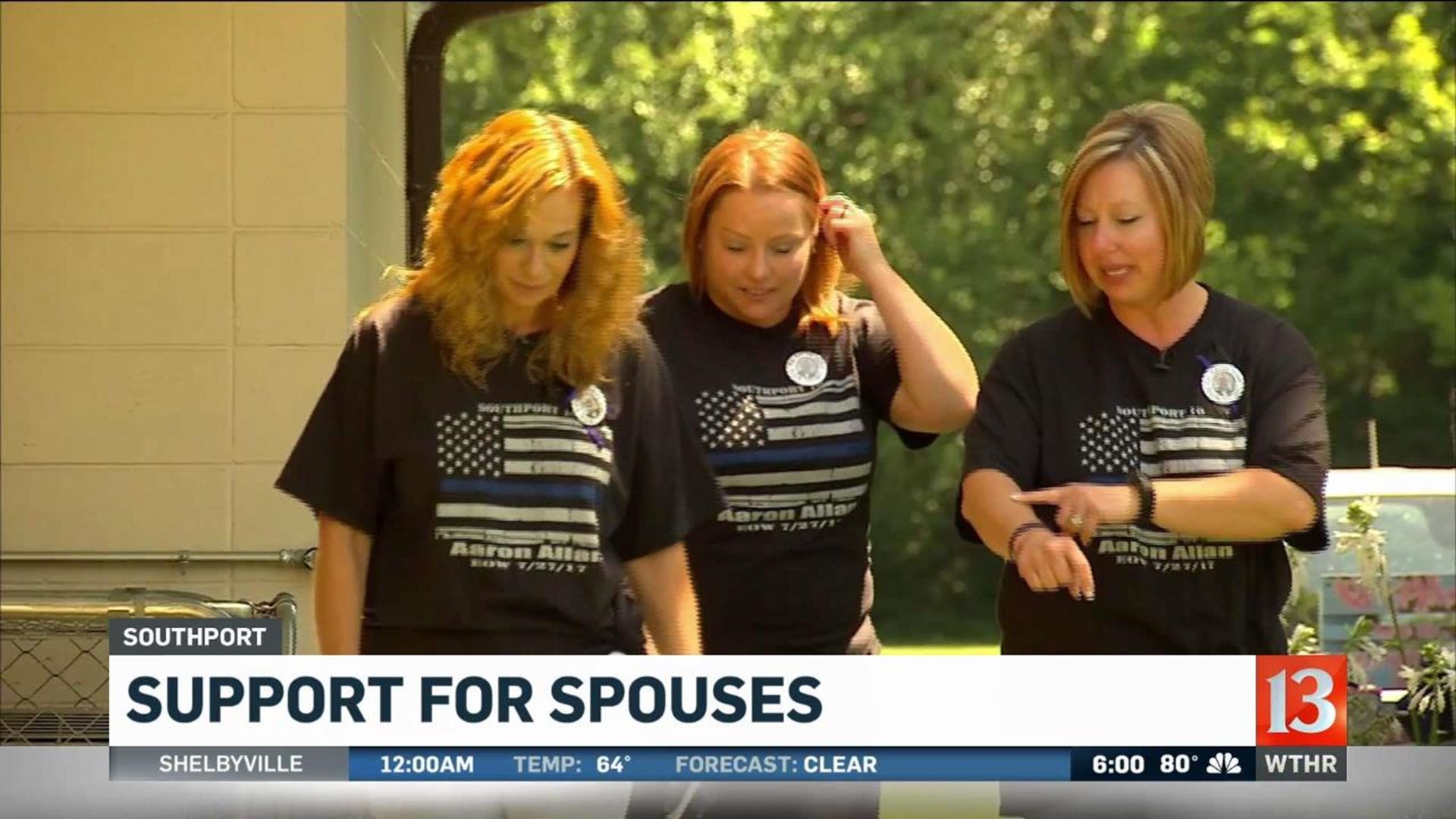 SOUTHPORT, Ind. (WTHR) - When Southport's police officers report for duty, many leave wives behind who don't know if their husbands will be home at the end of their shift.

These wives have always understood this reality, but says it's hit closer to home now with the death of Lt. Aaron Allan.

"I'm not sure we'll every completely heal from this," said Jane Vaughn, the wife of Southport Police Chief Tom Vaughn.

Jane was the one who gave Allan the nickname "Teddy Bear."

He was more than just a brother in arms to his fellow officers. To the officers' wives, the women behind the men wearing a Southport Police badge, Allan was family too.

"It's like we lost a brother," said Brandi Jackson, who's married to Southport Assistant Police Chief David Howe.

These wives are grieving over Allan's death, too, while confronting fears about how what happened to him, could very easily happen to their own husbands.

"The whole weekend I was just like, 'Thank God it wasn't my husband' and then the guilt for feeling that," Jackson said of the mixed emotions that have sprung up in the past week-and-a-half since Allan's death.

That's why just a few days after he was shot and killed, the Southport Police wives came together to get counseling to deal with the sometimes overwhelming emotions.

"I remember that first night I wanted to just physically put my eyes on him. I wanted to just hold him, hug him and have him home, you know," explained Tosha Whitlow, who's married to Southport Police Ofc. Joshua Whitlow.

These women know all too well the dangers when you're a police officer.

Over the years, Vaughn has allowed officers' wives to train with their husbands so they could better understand the risks.

"It's better that we know. It gives us some comfort to know we know what they're trained to do," explained the chief's wife, Jane.

"You know that they have the grounds and the knowledge for what they may come up against," Whitlow added.

All of it has not been easy to face, especially while raising families, but these wives agree they knew what they were getting into when they married a police officer.

That's the kind of commitment these wives say Lt. Aaron Allan made and know they're committed to being there for his wife and children for the long haul, while being there for each other.