Southeast side alternate routes were busy, slow on first commute of I-465 closure

Traffic backed up and was moving at a crawl on Madison Ave. at I-465 this morning. 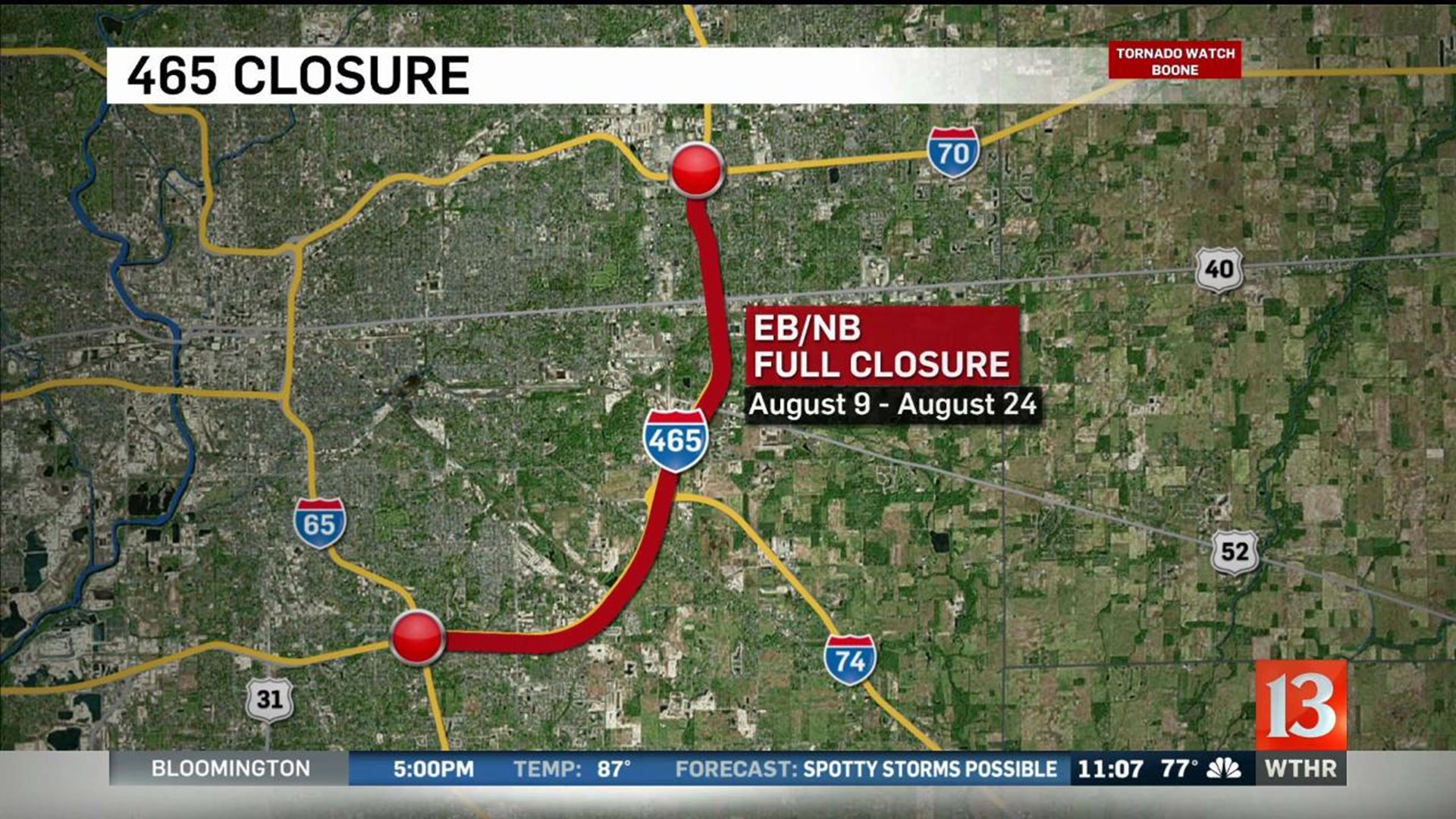 INDIANAPOLIS (WTHR) - A lot of people were trying to get home Monday evening, commuting around the major construction project on I-465 on the southeast side.

Monday morning was the first weekday test of alternative routes since the closure. Traffic backed up and was moving at a crawl on Madison Ave. at I-465 this morning.

The construction closure forced drivers who use the eastbound and northbound lanes of 465 to find alternative ways to work.

15 days of repair is underway, including concrete work like bridge patching and joint repairs. Crews will also fix signs and guardrails.

It'll be great when completed, but one delivery person told us it was a pain finding another good route.

"Inconvenient at times, yes," said Scott Fetting. "More than anything, it just takes more time to go around the areas I have to go and finding areas that I can take my truck.

The work zone is a 9-mile stretch the busy highway.

Even at lunchtime Monday, traffic inched along on alternative routes like East Washington Street.

Drivers tried to stay focused on the improvements.

"Roads need repaired," Brian Jones said. "I think I'd rather see them shut down and get it taken care of, hopefully, in a quick manner."

INDOT has shut down portions of three major interstates in Marion County this year, spending a record $90 million on road repairs in Indy. It's funded by the 10-cent increase in the gas tax that took effect two years ago.