The Red Cross' “Sound the Alarm” program in Indiana has evolved into an educational program for fire safety in the home. 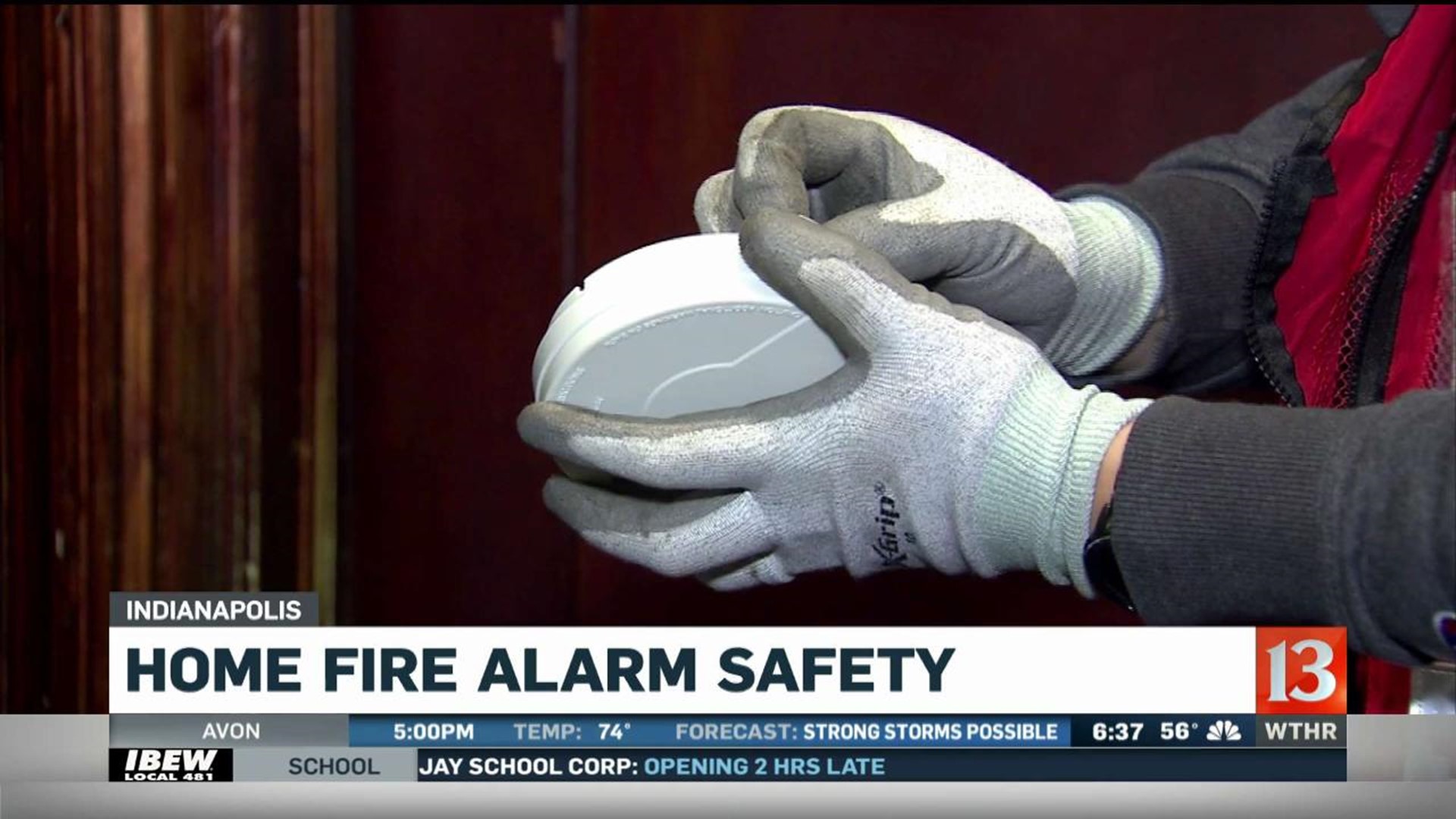 INDIANAPOLIS (WTHR) - Five years ago, the American Red Cross set up a program to keep people safer by providing properly working smoke alarms. But here in Indiana, the “Sound the Alarm” program has further evolved into an educational program for fire safety in the home.

Since the Red Cross started its Home Fire Outreach initiative in 2014, more than 49,000 Indiana youth have received home fire tips, more than 18,000 Indiana homes have created escape plans and more than 44,000 smoke alarms have been installed. Perhaps the most significant stat: an estimated 17 lives have been saved in Indiana in the past five years because of this increased awareness.

If you’re still in the group which thinks other people’s homes catch on fire but it will never happen to your family, you may want to reconsider. The Red Cross responded to nearly 1,400 home fires in Indiana last year. That's almost four fires every single day in 2018.

That’s why the entire WTHR Sunrise morning crew met up on Indy’s west side Thursday to help install smoke alarms in homes in a local community. With the help of some wonderful Red Cross volunteers, the Sunrise staff let people in this neighborhood know that fire alarm safety is no joke.

Get this: seven people die in home fires everyday in our country. You normally have just two minutes or less to get out of your home during a fire.

That's why the Indiana Chapter of the American Red Cross is switching out those old 9-volt-battery-needing smoke detectors in homes, and replacing them with newer models that use a lithium battery with a 10-year battery life.

And the WTHR Sunrise crew is happy to do our part to help.