Mike Kostelnik lost his dad's Super Bowl ring here in Indiana and now, he's offering a $5,000 reward to find it. 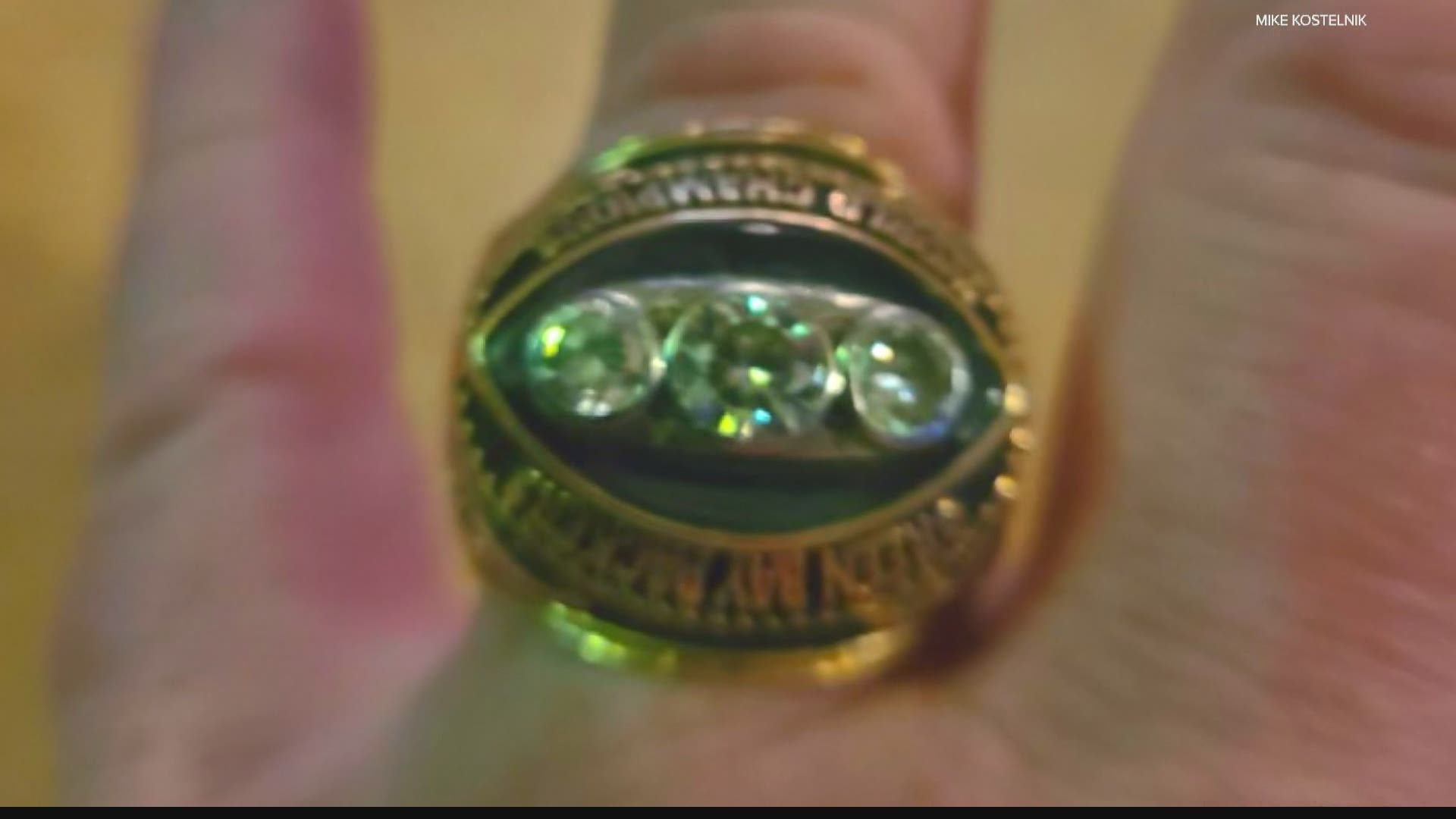 Mike Kostelnik lost his dad's Super Bowl ring here in Indiana and now, he's offering a $5,000 reward to find it.

As a legend of Lambeau Field, Ron Kostelnik was known for winning. The defensive tackle and Packers Hall of Famer twice won the trophy later named for his coach.

"He got drafted in the second round by (the) Packers," Mike said. "He went through all the championships and the Super Bowls. Great guy and a great player."

It's why a loss decades later is so difficult for his son.

"It is and has been a nightmare," Mike Kostelnik said.

"My father wore it everyday after he was given it by the Packers. I've worn it every day since then. I was married in the ring," Mike explained. "There's a lot of mojo in that ring."

Credit: Mike Kostelnik
Ron Kostelnik won two Super Bowls with the Green Bay Packers and is a member of the team's hall of fame.

Mike lost it while driving from Bloomington, where his daughter attends Indiana University, to Oxford, Ohio, where another daughter was going for a college tour at Miami University.

They only made one stop, at a BP gas station in Greensburg. He'd put the ring in the car's console.

"I took it off in the car, put in on the console and I've done that 5,000 times and I just have never had an issue where it has fallen off or fallen out of that particular spot. At the gas station, that is the only time that I'm aware of that the doors were open or there was any possibility of anything happening and somewhere about halfway through, I said 'Olivia take a look and see if you can find the ring' and we couldn't," Mike said. "Perhaps it had fallen to the floor and got kicked out, I don't have another explanation for it."

Mike said he searched the car, even pulled out the seats and then went back to Greensburg to look again at the BP and file a police report.

"He lost it in the morning and he came back in evening time," said the gas station's manager, Anir Patel. "He called the cops, day before yesterday, and the cops come in here and talked to me and I said, 'Sir, I'm not finding anything."

"I will personally assure you no questions will be asked about how you came into possession of it, but there is a $5,000 reward and we will definitely get it to you," Mike said. "It would mean the world to me."

He says that ring represents not only football, but also family. It's a connection to his late father.

"That ring was a lot of strength and integrity and drive, ethics and there was a lot embroiled in that ring that...it's hard to have lost it," he said.

Mike says he's already had a lot of support from Hoosiers, including lots of prayers to St. Anthony to find that ring.

If you've seen the ring or find it, you can contact the family by emailing packersexpert@gmail.com.