With the asphalt plants reopening, the city is able to use hot mix asphalt to fill potholes and strip-patch the worst sections of a road. 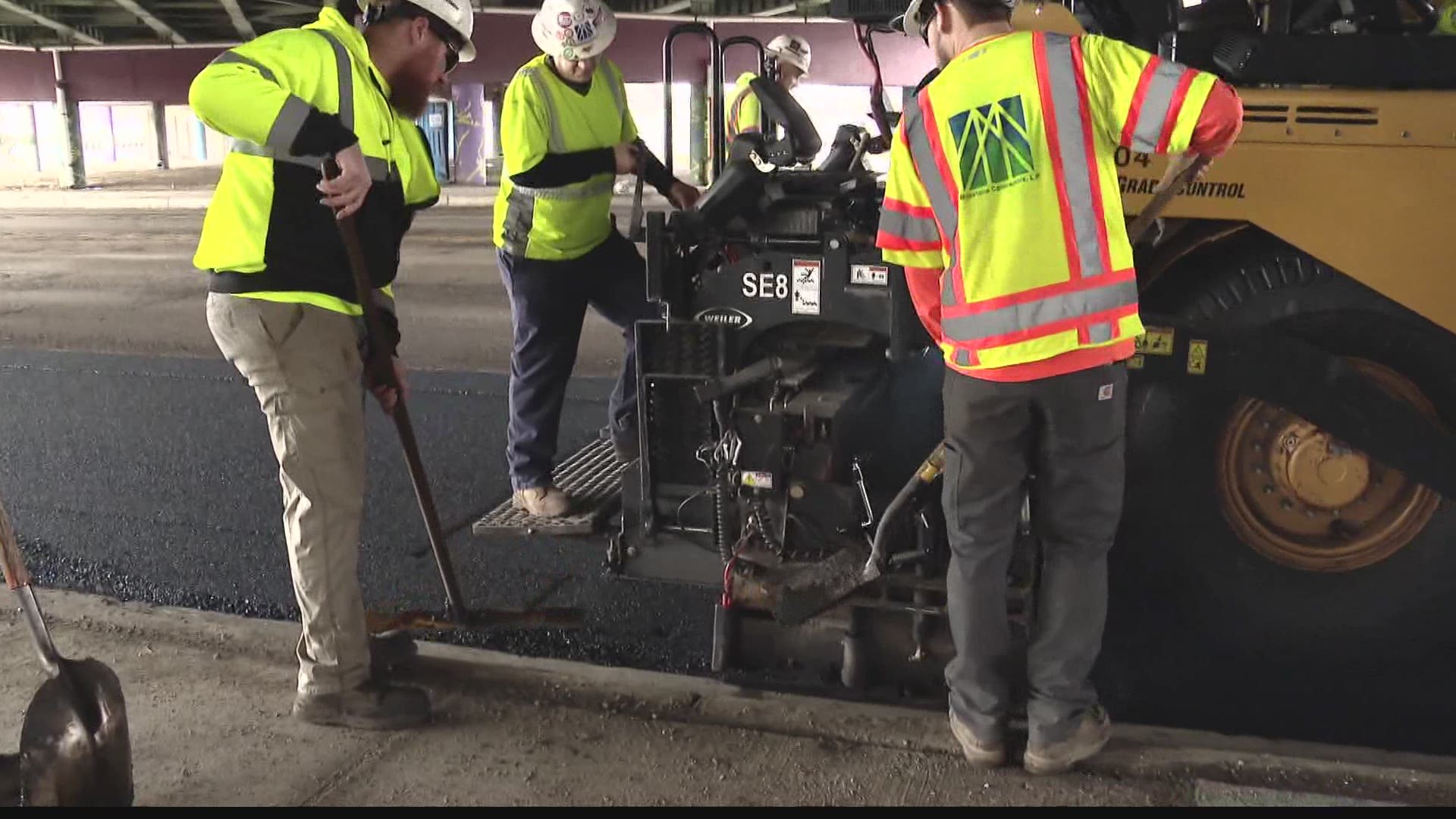 INDIANAPOLIS — This year, the road to March Madness leads to Lucas Oil Stadium and several other Central Indiana venues.

A few of those roads made the first round of patching. They're getting smoothed over before basketball takes over in just two weeks.

With the asphalt plants reopening, the city's Department of Public Works is able to use hot mix asphalt to fill potholes and strip-patch the worst sections of a road.

The hot mix repairs last longer than the cold mix.

Five of the first roads to be strip-patched are routes that lead to key March Madness venues. They include parts of Kentucky Avenue and Missouri Street, both gateways to Lucas Oil Stadium and downtown hotels.

Other NCAA-related strip-patching include parts of Delaware and 10th Streets, Capitol Avenue and 49th Street, which runs along  Butler University's Hinkle Fieldhouse, which is hosting early rounds of the Men's NCAA tournament.

While she's glad to see the improvements, she said, "I've only seen a few potholes. I'm quite surprised (the road crews) are here, because normally (the streets) are in a really bad state before you see them."

But student Lucas Li agreed. He rides his bicycle down 49th Street daily.

"I wouldn't say it's too terrible," Li said, adding "but honestly I'm very happy to see it taken care of."

Guion Road from 38th to 52nd isn't near a March Madness venue but is one of the many other roads getting fixed. It's also on the list to be strip-patched this week.

It's easy to see why, especially the section of road beneath the I-65 overpass. It's littered with large crevices filled with snowmelt that drivers swerve to avoid.

While contractors are doing the strip-patching work, DPW crews are out filling potholes.

DPW spokesperson Ben Easley said of the 1,500 requests they've received from the public so far this year, they've responded to/closed nearly 1,000 of those requests, filling more than 22,000 potholes. Easley said the number "fixed" is greater because crews always fill many more potholes than just the one requested on that particular street.

You can report potholes here.