Stephen Meyers is on a lonely path as he walks across America. 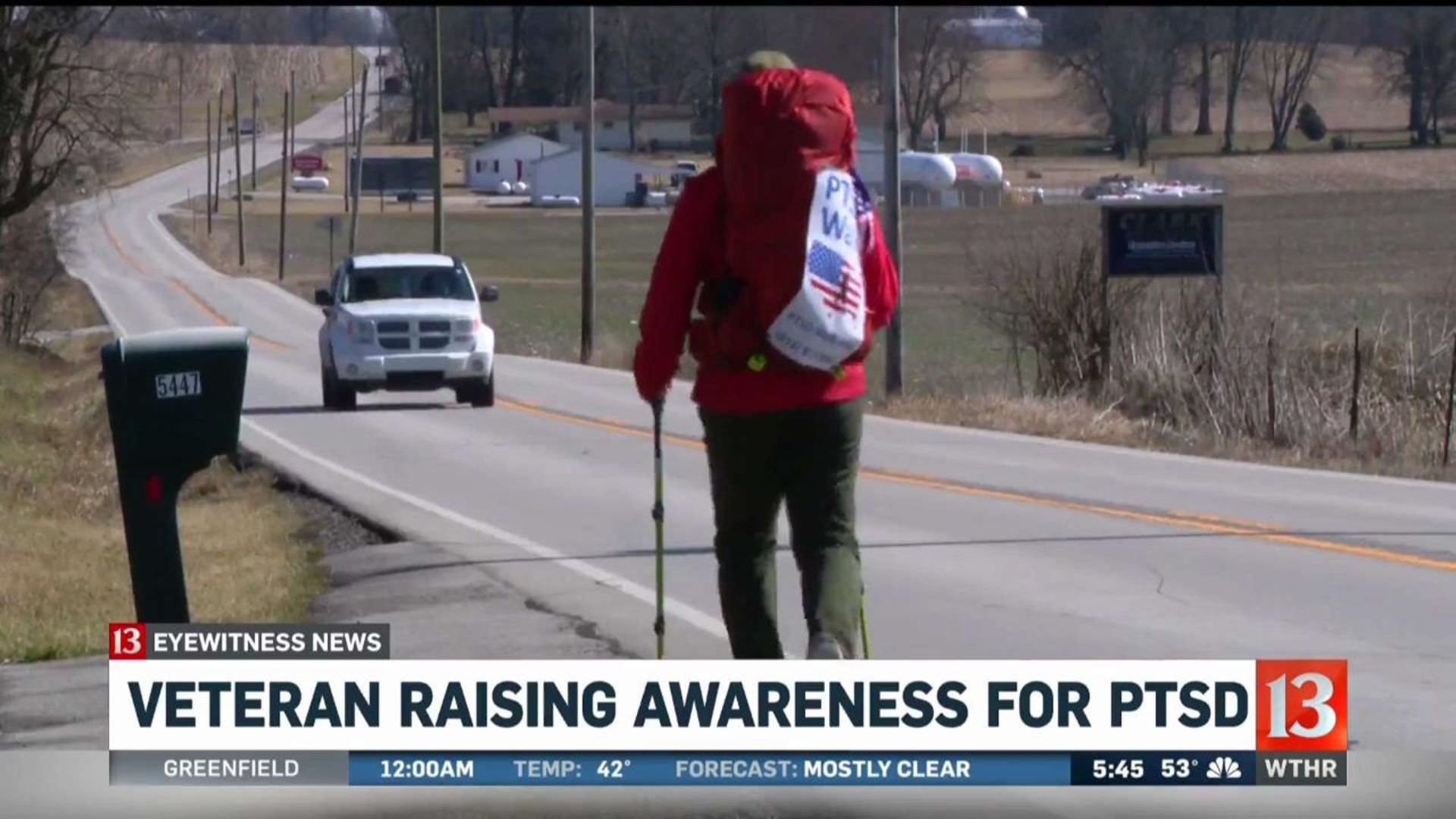 PLAINFIELD, Ind. (WTHR) - Stephen Meyers is on a lonely path as he walks across America.

"I am walking to raise awareness for PTSD," he explained as he stepped off toward Plainfield along U.S. 40.

The retired Army First Sergeant started in Kansas City on Feb. 15 and averages about 30 miles a day.

"As a veteran with PTSD I went through a lot of problems. I am not at the end goal, but I am about as close as I can be at this point, so along the way I have shared the things that worked for me. Troubles I've run into and hopefully that will help people," he said.

Meyers served 20 years active duty in the Army with stints in Bosnia, Iraq and Afghanistan to name a few. He retired four years ago.

"So far it's gone pretty good. I've gotten a lot more attention than I thought. I was really scared when I set out to do this," he said.

He has a network of stops and people along the way who help him like Lt. Col David Sulhoff of the United States Air Force.

"As a four time commander in USAF, I've seen the challenges PTSD can have on our airmen and our service members, and I honestly could not think of a greater cause than what Sgt Meyers is bringing attention to," Lt. Col. Sulhoff said.

"When you put your faith in the American people your fate is in good hands," Meyers added.

He has a small flag on his right shoulder and a PTSD walk poster clearly visible on his back.

"I have found I need to balance my walk with my talk. Without the walk there is no talk and the talk is where I want to be to help people but if I talk too much there is not enough walk," and with that Meyers continues down his path, in this case, towards Plainfield.

"The number one thing I hope they get is hope. There are people out there who lost hope," he explained.

And this soldier wants to find them.