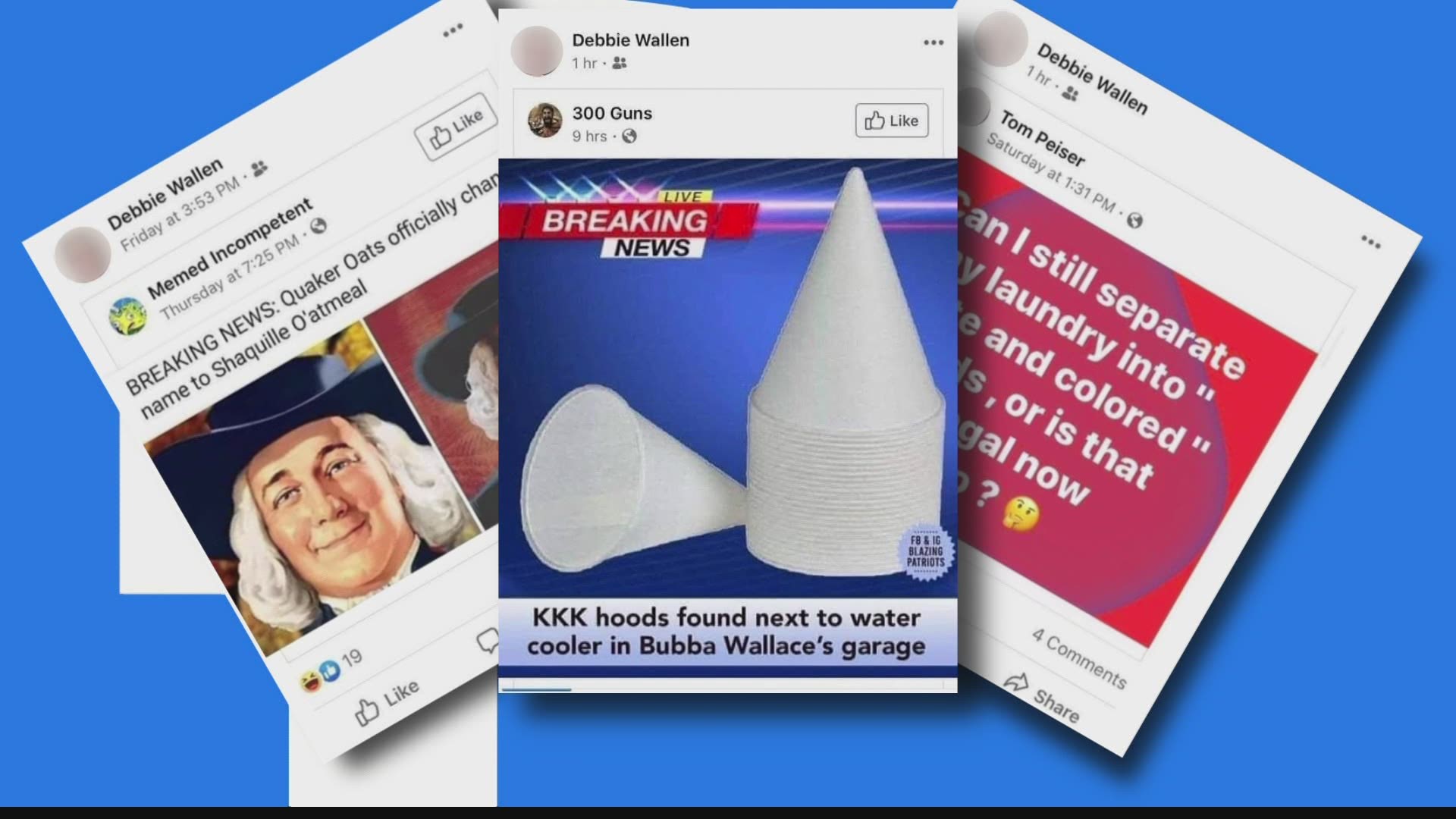 MARION, Ind. — After weeks of nationwide unrest and calls for social justice, an employee for the Grant County Sheriff's Office is under fire.

The controversy stems from posts shared on Facebook, and now the community is calling for accountability.

Debbie Wallen, an evidence technician with the Grant County Sheriff's Office, shared what many are calling racially-charged images.

Another post reads: "Can I still separate my laundry into 'white and colored' loads, or is that illegal now too?"

"It's blatant racism," said Richarh Tyson, founder and host of 27 News in Marion.

"For a person who is in a position of authority, who is an investigator still being allowed to handle confidential information, I am really disturbed by that," said Jocelyn Whittaker, president of the NAACP in Marion.

In an email, Sheriff Reggie Nevels said he's received numerous emails and calls regarding Wallen's posts. Because it is a personnel matter, he would only say it would be "handled accordingly."

"As we're trying to strengthen our bond and knock down racial barriers, we're not tolerating racism in any of our law enforcement," said Tyson, who brought the posts to the attention of the sheriff's department.

Many say Wallen should be fired.

"I don't understand how any adult would be able to say that they didn't realize it would be offensive to people of color, especially with the climate of the nation right now," said RaChelle Fears-Neal.

Fears-Neal said her husband, firefighter Mikel Neal, experienced racism back in 2015. Marion Assistant Fire Chief Rick Backs was demoted after fellow firefighters saw him tie a rope and turn it into a noose in front of Neal during an exercise. Backs then tossed the noose to Neal.

"When he went through his situation with the Marion Fire Department, we fought to have policies changed and to get more meat and teeth into policies," said Fears-Neal.

"In the White community a lot of times, there is an ignorance or an unawareness of what is racist and what is crossing the line," said Barton.

Barton says despite centuries of education on Black history, more needs to be done.

"I think one thing that can help is if more pastors, like myself, and more Christians speak up and begin talking to the church about systemic racism and the things that we assume. You don't have to use that word. You don't have to say derogatory things for it to be racist and there's just a lot of White people who don't get that," said Barton.

The Facebook posts also got the attention of State Senator Greg Taylor, who is from Marion.

"She has a right to post whatever she wants, and there's nothing wrong with her expressing her First Amendment rights, but can she represent law enforcement at the same time? I would think not," said Taylor.

"You've got to send a strong message that this will not be tolerated, especially in a city like Marion, Indiana that has a history of bigotry and racism. You've got to calm that rhetoric," said Taylor.

Many are now questioning Wallen's decision-making.

"If she has any responsibilities that could possibly hinder any cases coming through there, then I think those cases would need to be looked at again in fairness," said Fears-Neal.

Wallen's posts have since been deleted.