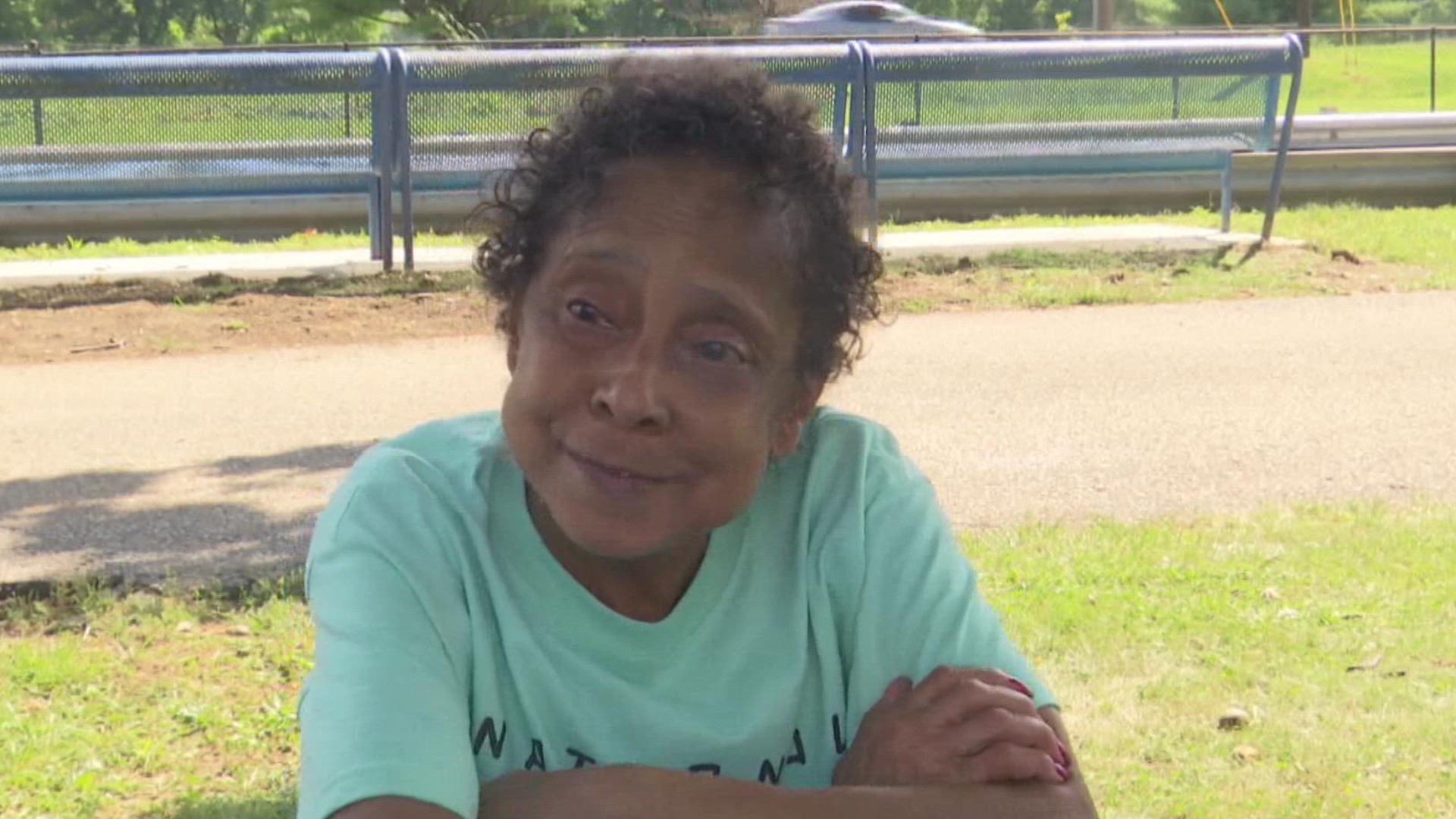 INDIANAPOLIS — The Soap Box Derby Nationals wrapped up Monday and an Indianapolis woman made history.

Debra Houston is known as the "Soap Box Granny" and winning the race is her mission.

She's had plenty of exposure to race tracks, even waving the green flag at an Indy 500 practice. She said this is just the beginning.

"If I can stand up this long and do all of this, I can win, too. Because I'm a winner all the way around," said Houston.

Houston is not only a fighter, she's a winner. At the age of 60, she is a three-time cancer survivor and she’s a Soap Box Derby champ.

She finished her last treatment before winning this weekend’s race.

"It really felt good. It makes you want to win some more," said Houston.

Houston's contagious smile and uplifting spirit are hard to miss. But up until recently, her spirit had been diminished.

Her spirit was crushed even more when her husband, Thomas Bishop, died. It left a hole in her heart.

"When I lost him, I not only lost somebody close to me. I had to go to treatments by myself. He was always there. If I coughed too hard, he was there," said Houston.

He was her biggest fan, and his absence was felt at the track, but Houston said being here and spending time with her grandkids is what keeps her going.

"That radiation was no joke … no joke. Every time I talk about it, I get so emotional because some days it was hard for me to get up and go to treatment. I thank God because I'm here," said Houston.

But when she gets in her car, she said she feels his spirit. Now, every time she goes down the hill, it's to encourage other cancer survivors and to honor her husband.

"This is the first time in a long time I felt like doing anything. Yup, I'm going to keep this legacy going," said Houston.

Houston starts her immunotherapy this week and if you thought that was going to slow her down, think again.

"As long as the right foot and left foot get up inside that car it's on," said Houston.