​While the snow may be fun to look at or even for kids to play in, it can prove challenging to drive in. 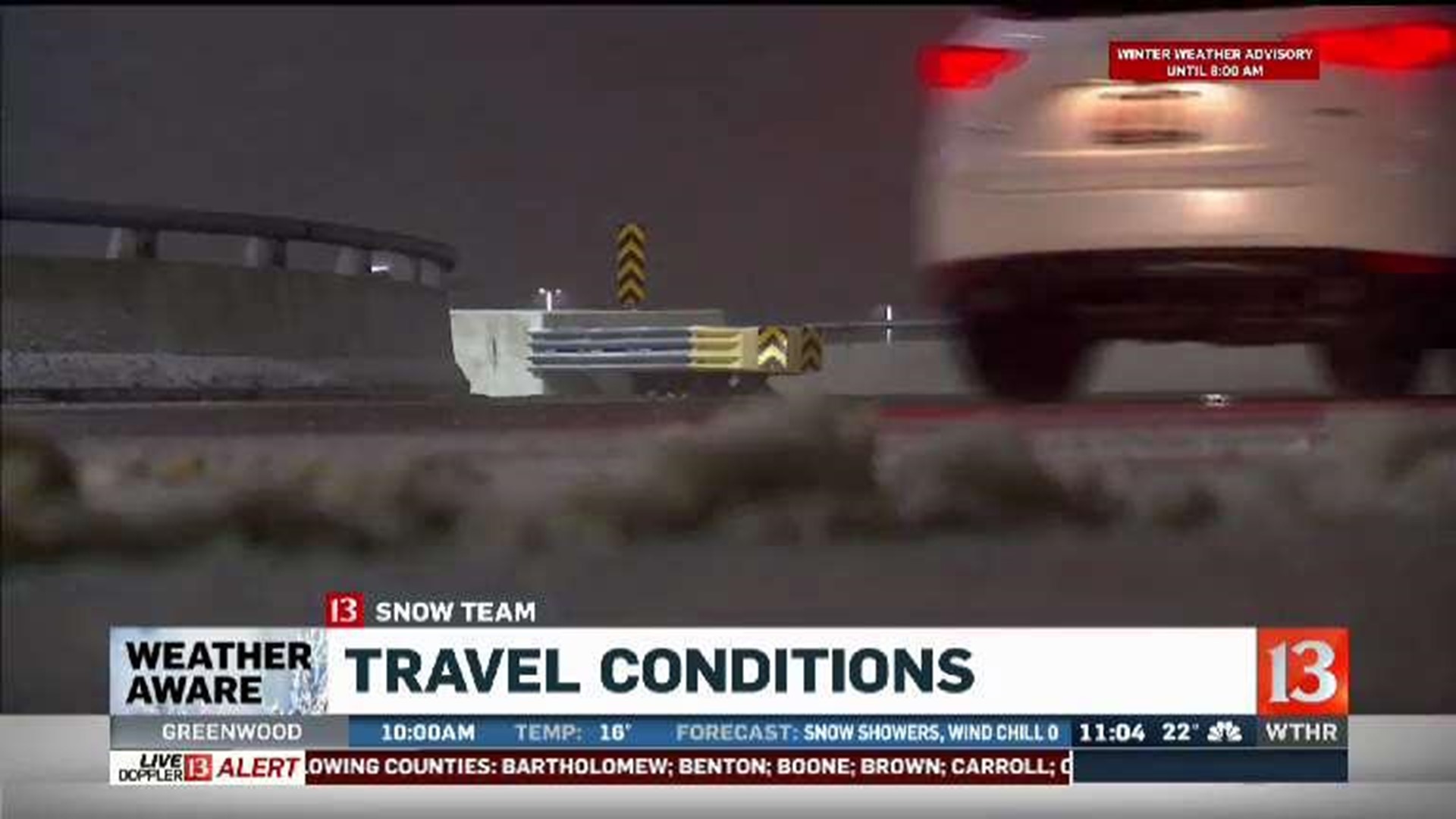 INDIANAPOLIS (WTHR) - Indiana is stuck in the middle of a snowstorm impacting 54 million people across 20 states.

​While the snow may be fun to look at or even for kids to play in, it can prove challenging to drive in. Just ask Craig Madraz. He hasn't seen snow in 12 years. ​

"I've never driven in this. It was kind of scary, but I just drove half the speed limit, so if it was 55 I drove about 30, which pretty much everyone was doing," said Madraz.​

​​Madraz was heading back home Monday to Florida. He says the highways leading to the airport were fine.​

​"But like the city in Zionsville was a little scarier because there's not much traffic, so the roads were slushy," he said.​

​Much of central Indiana got one to three inches of snow, causing many flights to be delayed or even canceled.​

​"It's bananas, let me tell you. I got a test coming up and I need study for it," said Ethan Haber. ​

​Haber attends Wake Forest University and says he's hoping he makes it back home before his test Monday. His original flight was diverted from Chicago to Indianapolis. ​

​"We had to wait on the plane for an hour while the pilots figured stuff out. The flight attendants shift ended so they decided to let us get off instead of keeping us waiting while they waited for new flight attendants," said Haber. ​

​Other passengers were greeted with winter weather, like Denise Davis who was coming home from South Carolina. ​

​"It was 68 degrees when I left there and sunny. Then I came home to this wonderful weather," said Davis.​

"They made sure everybody had all of their equipment cut off. They stressed that three times on the plane, but the landing was just as smooth as it could be," said Davis.

​But those snowy roads can prove challenging for some drivers.​

​"You're apprehensive, but you have to realize you increase your distance between cars just to be safe," said Madraz.​