A small plane crashed into a home in Terre Haute Thursday evening. 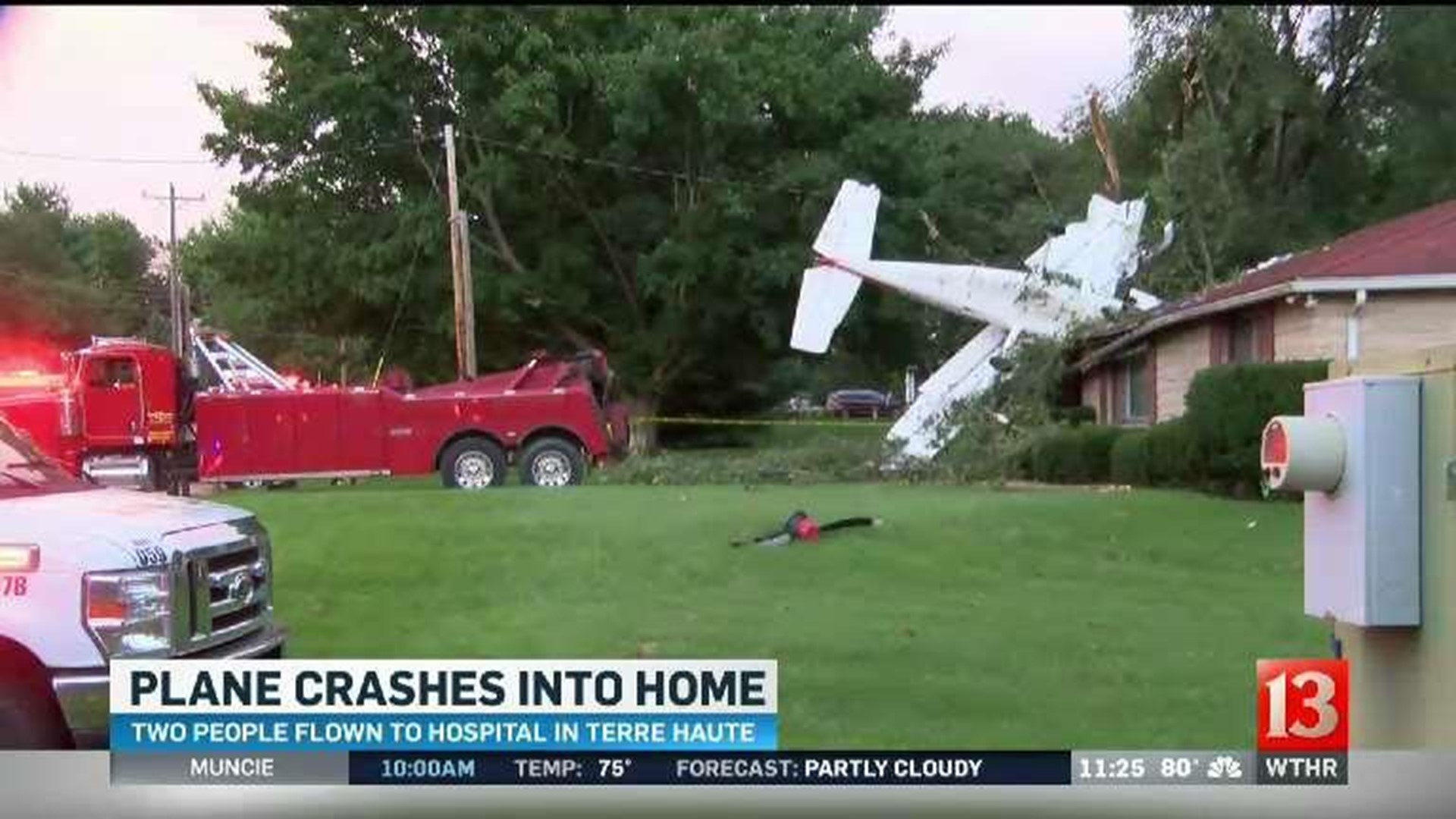 TERRE HAUTE, Ind. (WTWO-TV) - A small plane has crashed into a home in Terre Haute.

The crash happened around 7 p.m. in the 3100 block of Rosehill Avenue. That location is near Sky King Airport.

Officials tell our Terre Haute affiliate WTWO that the plane circled the airport's runway several times before clipping a tree and crashing.

The plane, a single-engine Cessna, crashed nose-first into the corner of the home.

NBC 2 News #BREAKING: A plane has crashed into a house near Clinton Road and Rosehill Avenue pic.twitter.com/bY1PRw8DYr

Two were on board the plane. Both were taken from the scene by medical helicopter.

Police say there was nobody in the home at the time of the crash.

The FAA and NTSB are expected to be at the crash site on Friday.

WTWO-TV reports two people taken from the plane were taken to the hospital via helicopter.

This story will be updated as more details are confirmed.