The sister of one of the girls who were murdered in Delphi in 2017 says she wants to "debunk rumors" about the case. 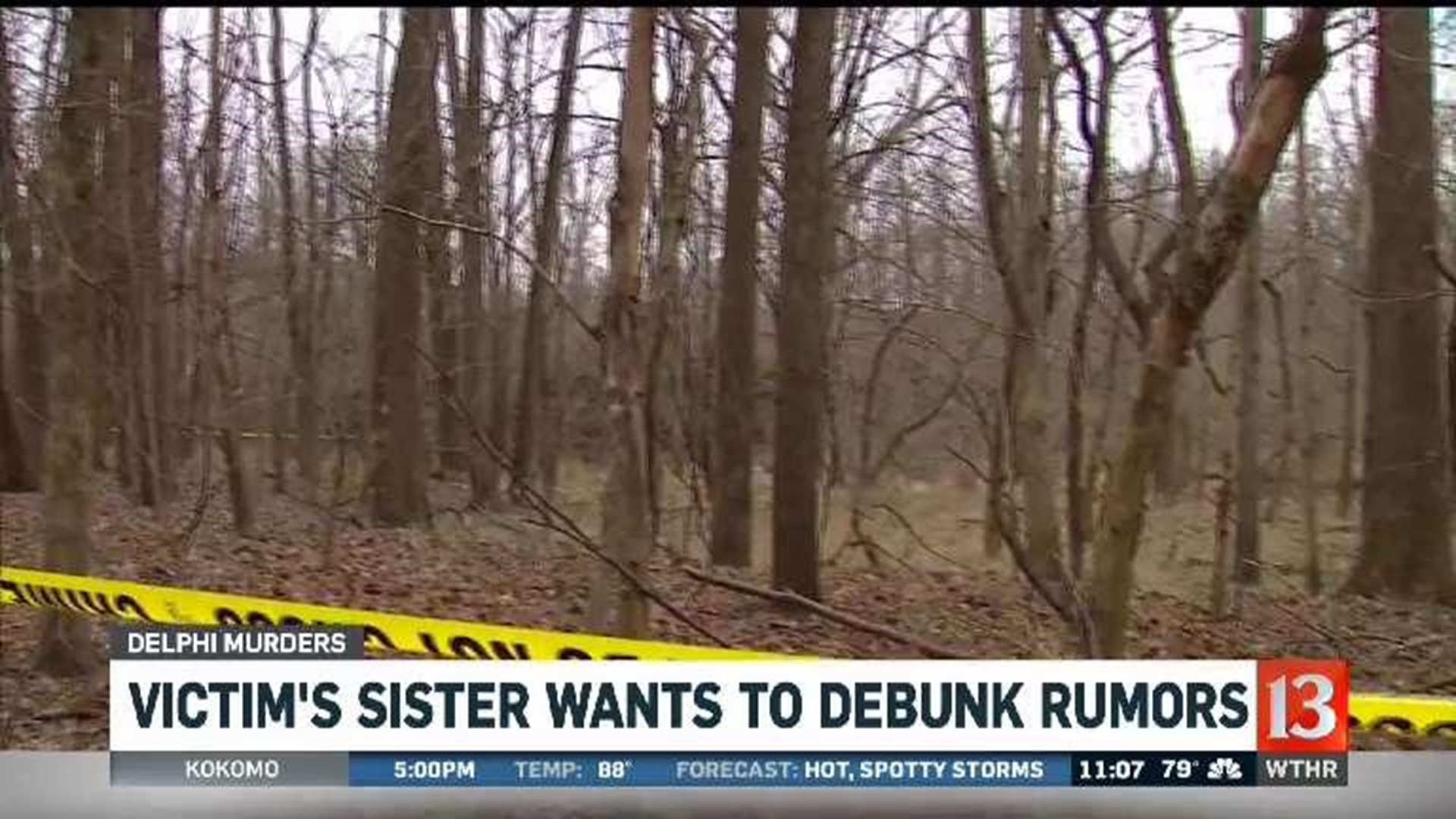 DELPHI, Ind. (WTHR) - The sister of one of the girls who were murdered in Delphi in 2017 says she wants to "debunk rumors" about the case.

Kelsi German, victim Libby German's older sister, streamed live on YouTube Tuesday night in hopes of clearing up some things about the deaths.

From rumors about herself, family members, even some facts about the case.

"The first one, Libby's phone did ping on two towers. Her phone was in the same place but it was pinging at different ones because of how close together the towers are."

She says people have accused several family members of being involved in the deaths of Libby and her friend, Abby Williams.

"There is absolutely no way my grandfather could do anything like that. "The third one, absolutely no one refused a lie detector test. That is a very big misconception."

And that they're not frustrated with police.

"Contrary to what most people think, we like our law enforcement, they are good to us, very encouraging, they're amazing and I'm so proud of their work and I know they're going to get an arrest soon," she said.

She says her biggest support during this difficult time is her family.

"My family is strong. I love my family so much. I don't think we could get through this without each other."

Kelsi also spoke about the fundraising effort to build a memorial park in honor of Libby and Abby. The park is within $5,000 of its $50,000 goal.