An Indiana State Police trooper is dead after he crashed while responding to a call in Tippecanoe County Friday night. 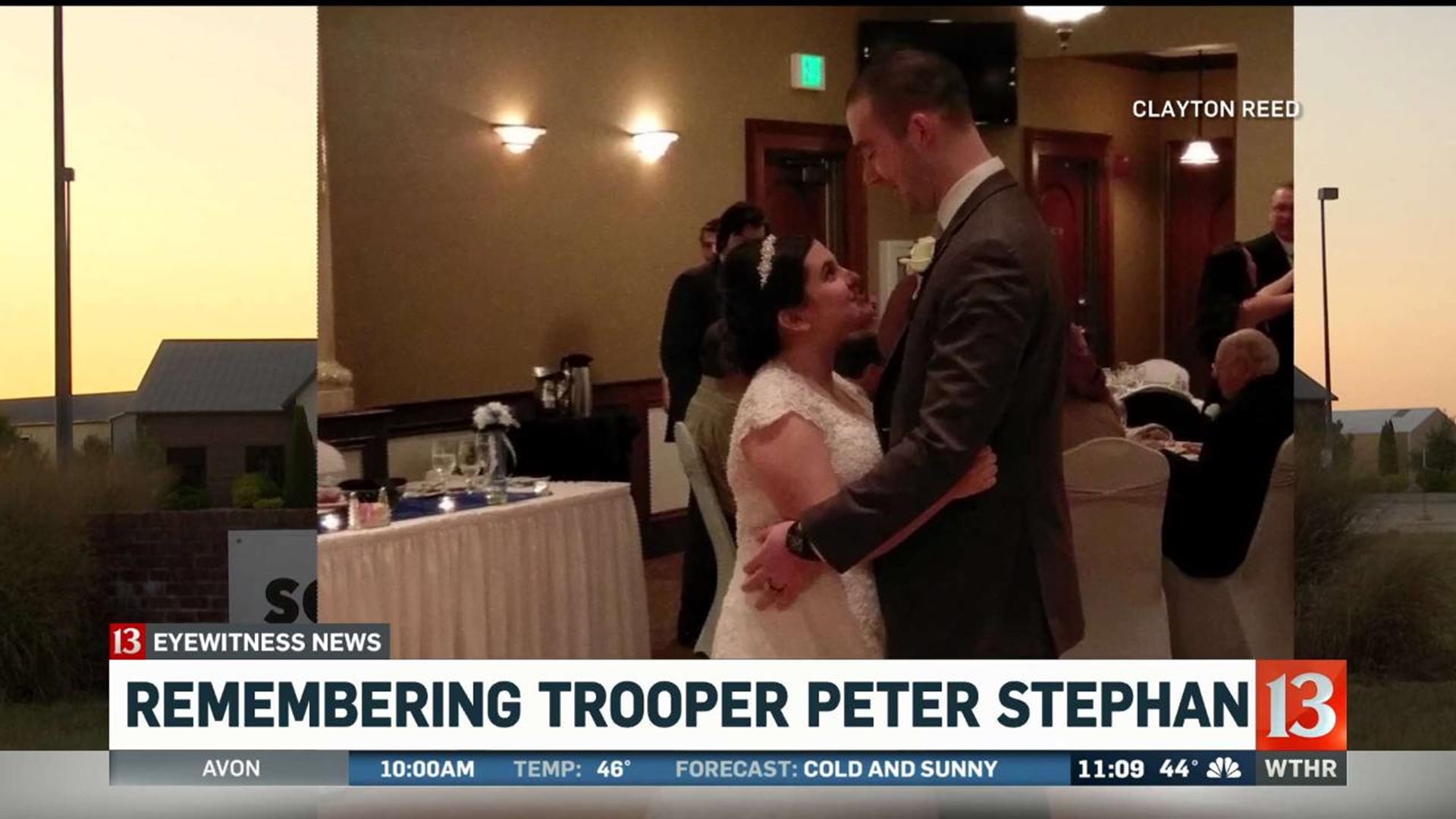 It happened around 10:25 p.m. on Old State Road 25 near Stair Road, not far from Americus along the Wabash River.

Trooper Peter R. Stephan, 27, was killed. He's a four-year veteran of ISP. Stephen was pronounced dead at the scene, according to a statement from State Police.

A preliminary investigation indicates Stephan was northbound on Old State Road 25 south of Stair Road when his 2018 Dodge Charger squad car entered a curve. The car left the east side of the roadway, rolled at least once and struck a utility pole.

Stephan was responding to a request for assistance from another trooper in Americus.

Stephan is survived by his wife and six-month-old daughter, Harper.

"Our heart breaks for his family, for his friends for his coworkers," said State Police spokesman Sgt. Ron Galaviz.

The ISP are a family, and we lost one of our family members last night. Please keep Trooper Stephan’s family in your thoughts and prayers. #ISP53 #thinblueline pic.twitter.com/vtgvdOCGfi

“Janet and I were heartbroken to learn about the death of Trooper Stephan. We ask that all Hoosiers join us in offering prayers and condolences to Trooper Stephan’s family, friends and colleagues in law enforcement.” - Gov. Eric Holcomb

An account has been established at Old National Bank on behalf of Stephan's family.

Those wishing to make a monetary donation may do so at any Old National Bank branch. Indiana Fallen Heroes Foundation/Peter Stephan.

#Breaking ISP trooper dies while responding to call near Americus. ISP says trooper’s vehicle left the road for unknown reason, struck utility pole, died at scene. This was the procession of troopers leaving the scene at 2:00am this morning. Updates as we get them on @WTHRcom pic.twitter.com/c2ByiztuoF

"Trooper Stephan is the 44th Indiana State Police Trooper to lose his life in the line of duty," said Galaviz, "and the 47th department member overall."

"It’s a tremendous loss for the community," Galaviz added, "a young man with a great future ahead of him."