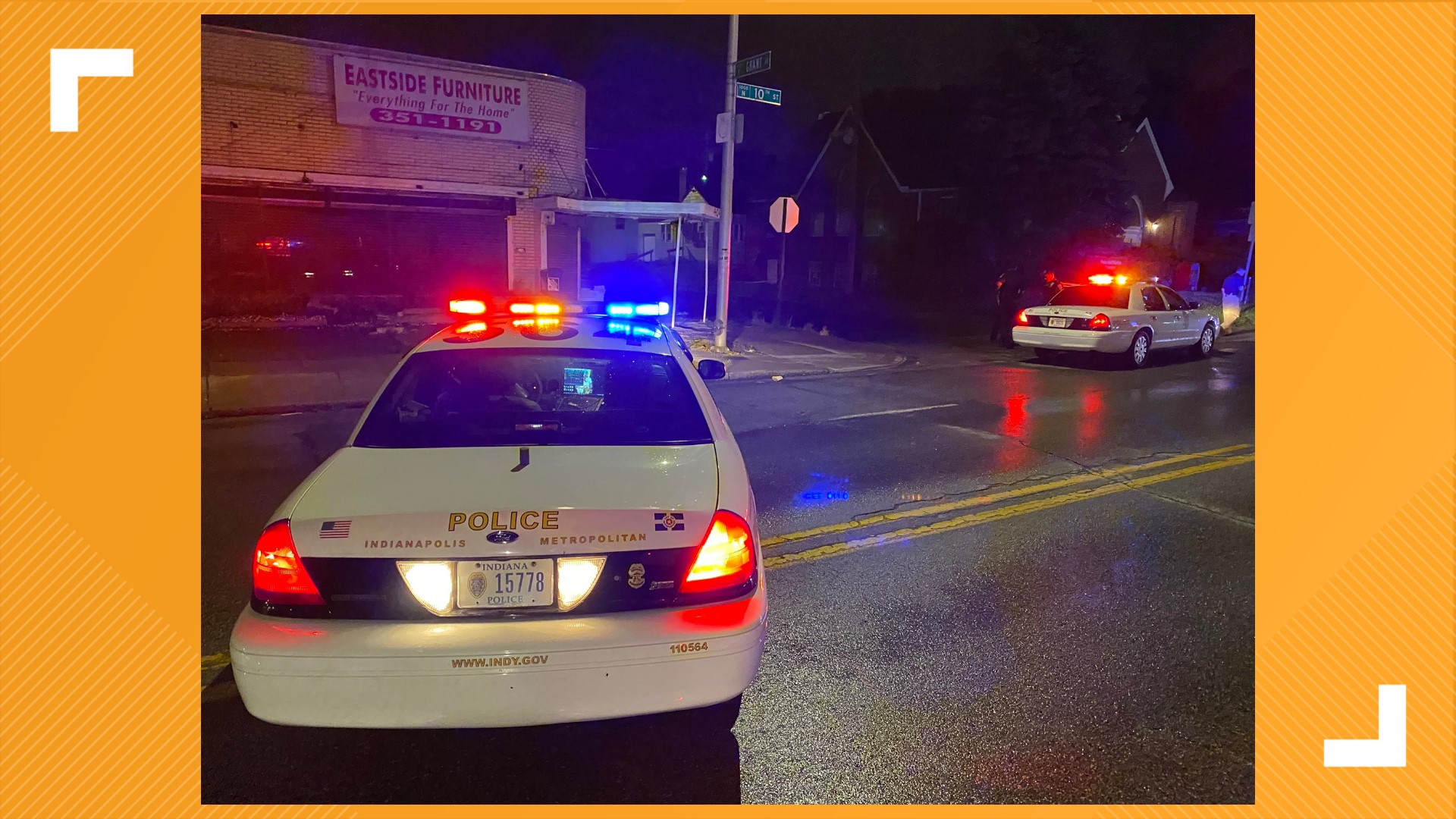 INDIANAPOLIS — Metro Police are investigating after a man was shot early Tuesday morning.

It happened around 1 a.m. in the 4100 block of East 10th Street, which is just east of North Sherman Drive.

The victim told investigators he was standing on the corner of 10th Street and Grant Avenue when a car pulled up to him. Someone in the car then fired a shot and drove away.

The victim suffered at least one gunshot wound and was taken to a hospital. He was last reported to be in "serious but stable condition" according to police.

Police haven't provided any information about a suspect or a motive.

RELATED: Child grazed with bullet in shooting at near east side home