IMPD Det. Tom Lehn described the incident as a "freak accident" and "something highly unusual in my 31 years in law enforcement." 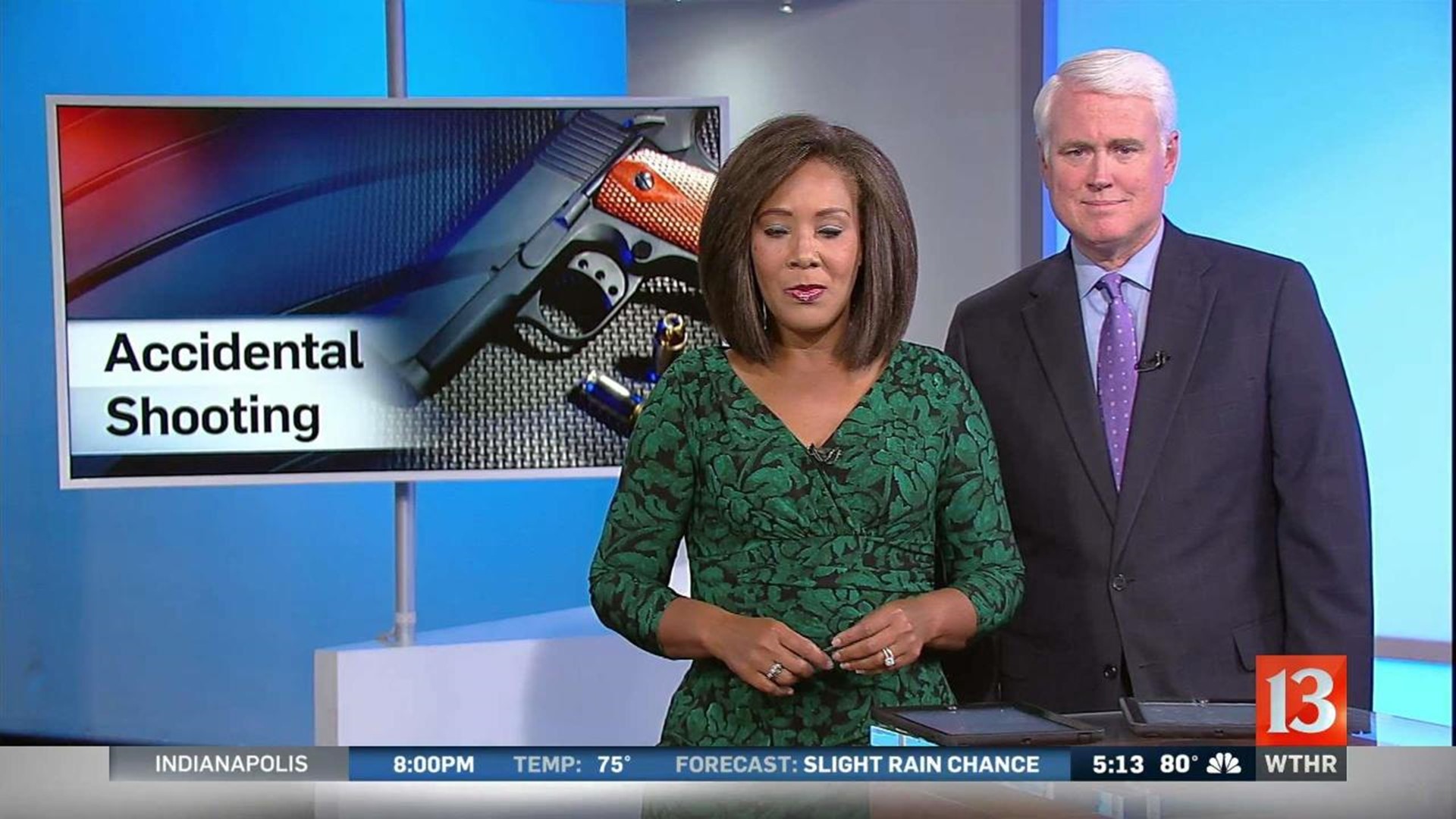 INDIANAPOLIS (WTHR) - Police say the bullet that grazed a Marion County sheriff's deputy near the end of a police funeral Saturday came from a gun that never left its holster.

IMPD Det. Tom Lehn described the incident as a "very freak accident," and "something highly unusual in my 31 years in law enforcement."

It happened near the end of Southport Police Lt. Aaron Allan's funeral at Bankers Life Fieldhouse.

An accidental gunshot at the end of Lt. Aaron Allan's funeral sent one to the hospital. (WTHR Photo / Jack Tapp)

He said when the one officer stood up, the keys or antenna got caught in the holster and pulled on the trigger, discharging the gun. The bullet struck the deputy sitting behind the officer in her knee.

Lehn said security video is consistent with what witnesses said; that the officer never took his gun out of his holster. And "when the weapon was cleared," he said, "the spent casing was still in the chamber," it never ejected. It was stopped by the safety strap atop the holster.

Lehn said while he's seen documentation of handcuff keys getting caught in a holster and in one instance, plastic strings from a hoodie getting entangled, it's rare and something he's never seen before in Marion County.

While investigators are running tests to make sure there was no malfunction or alteration of the gun, Lehn said it appears "this was nothing more than an accident, a completely unintentional accident with no negligence or criminal acts by anyone involved."

Sgt Kendale Adams said the 27-year-old officer, a three-year veteran of the department, was placed placed on administrative leave immediately following the incident, but returned to duty Monday morning.

The deputy, a 10-year veteran of the sheriff's department, was released from the hospital Sunday after being treated for a minor wound.