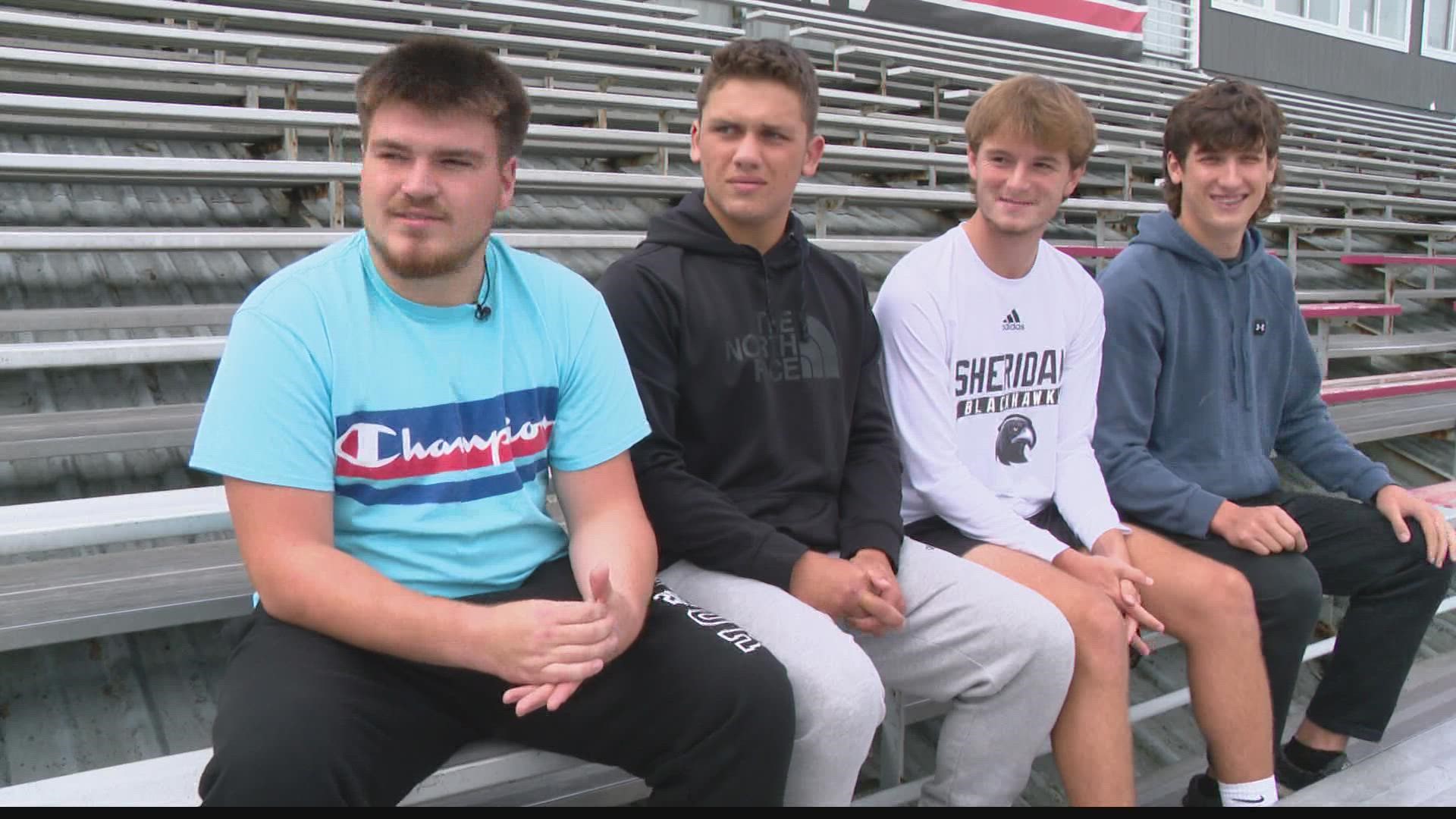 Ahead of Friday night's game, the teammates have been doing their part off the gridiron, for a player they don't know.

For the town of Sheridan and its high school of around 300, Friday nights revolve around football. However, this Friday will look different.

"Think if it was one of our players, how would we want the other team to react?" Cole Webel said.

The Sheridan Blackhawks take on Taylor High School in Kokomo. However, the Titans are without a player.

"We felt so bad that we just needed to do something to help them," Ethan Moistner said.

After talking with their parents, the four seniors and teammates decided to raise money for the McKoon family.

"Ethan texted the group chat, and that's when the whole team was down," Cayden Hunter said.

Credit: WTHR
After a Taylor High School football player died in a car crash, four seniors at opposing Sheridan High School decided to raise money for his family and present it to them before the game.

"They said, 'What do you think about us doing this?' and I think they already had things going at that time," Coach Larry Bud Wright said.

The boys turned to social media.

"I made the post Monday night, and I woke up Tuesday morning with almost 500 dollars in my Venmo," Moistner said.

Early Sunday morning, Johnathon McKoon, a football player from Taylor High School lost his life in a car accident. The...

The Taylor football team plans on handing out helmet stickers to Sheridan players when the team arrives to honor McKoon.

That's  because this Friday night isn't about the game.

"Sometimes you've got to think about more than yourself," Moistner said.

"We just wanted to make an impact on the family, make them feel like we care about them," Silas DeVaney said.

The boys are still taking donations. Donations can be made through Venmo to Ethan-Moistner.

McKoon's mom said she plans on being at Friday's game and meeting the team. She plans to donate the money to Taylor High School's athletic department.