The basketball legend will be the director of community relations for the sheriff's office, they said. 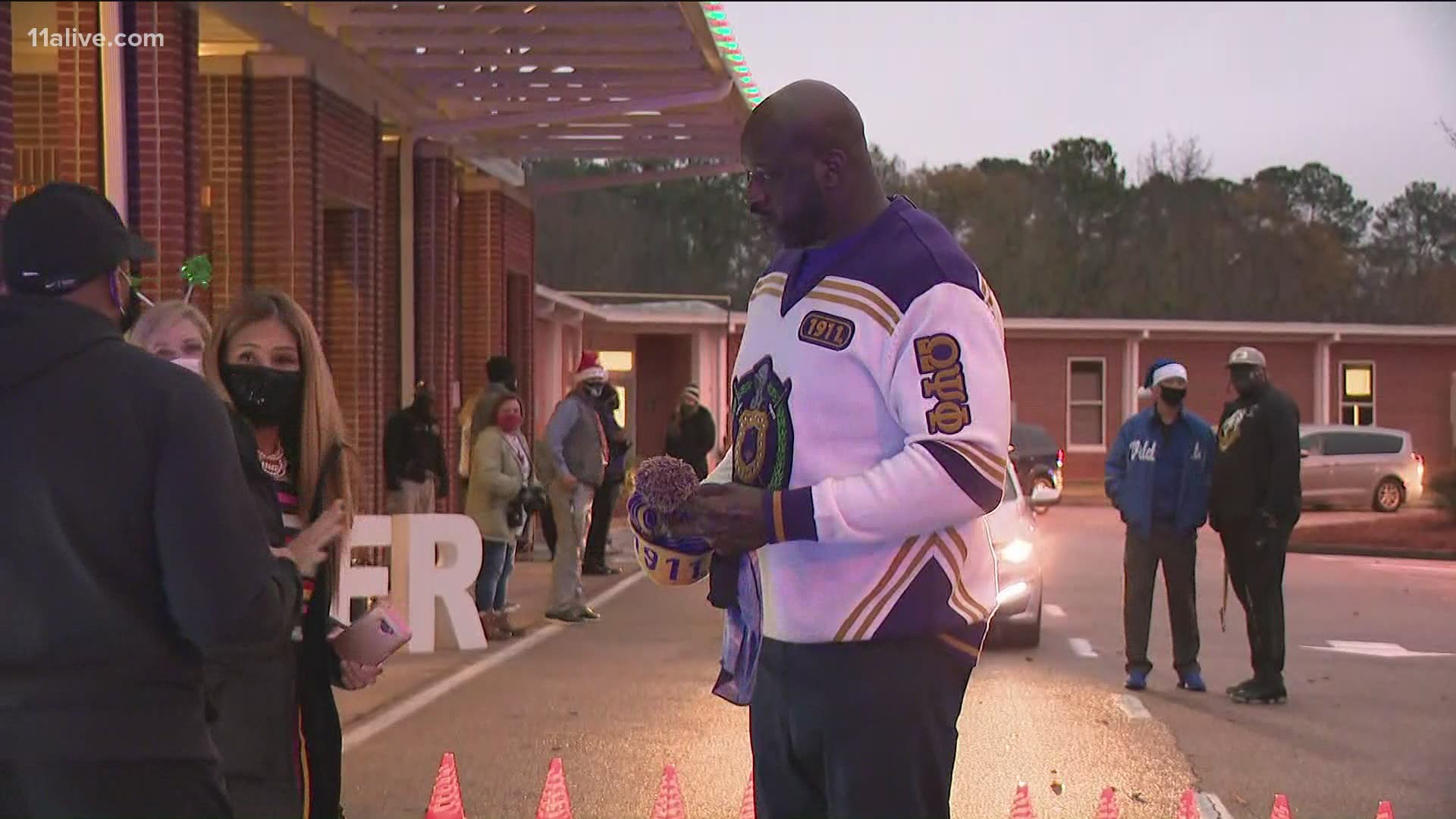 "As part of Sheriff (Reginald) Scandrett's strategic plan, bridging the gap between the community and law enforcement is paramount," A release said. "Coupled with Dr. O'Neal's philanthropy, Scandrett and Shaq have a specific plan to begin uniting the Henry County community. Join us as we announce our first major community relations project."

Shaq has been an honorary officer and deputy in the past in Arizona, Florida and California.

He's been involved recently with the Henry County Sheriff's Office, lending his presence to a memorial service earlier this month for Deputy Nicholas Howell, who had died of COVID-19 complications.

The iconic basketball star and commentator has been involved in numerous outreach and charitable efforts in Henry County, as well. In December, he gave out Christmas gifts to children in the community.

“I’ve always tried to do my part in the community where I live at, and this is my little town here in McDonough, Georgia, so I always want to take care all the kids," Shaq said in December. "All the kids in McDonough know Uncle Shaq, and I try to come around Easter, birthdays and, you know, every major holiday.”