Police in Seymour say they are making streets safer using a unique tactic that may not be in use elsewhere in the U.S. 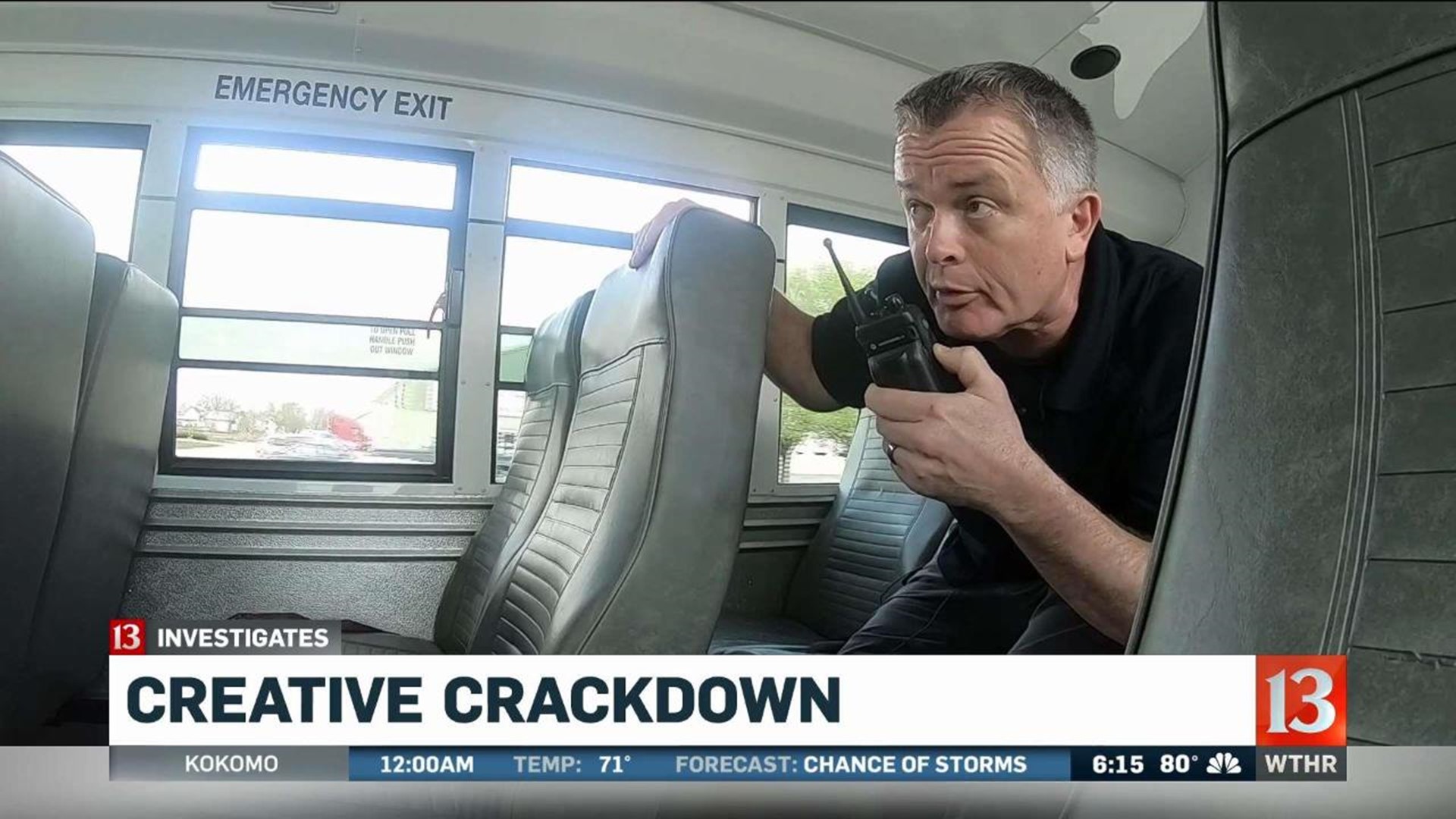 SEYMOUR, Ind. (WTHR) – In traffic, we’ve all seen someone driving dangerously and wished a police officer would see them, too.

Police in Seymour say they are making streets safer using a unique tactic that may not be in use elsewhere in the U.S. It’s fair to say they’re thinking outside the box.

They insist they are getting results. Some drivers claim their methods are somewhere between creative and crooked.

It's a busy day on US50. Capt. Carl Lamb can't sit still. He's eyeballing dangerous drivers and directing fellow officers to pull them over and write them up.

Meanwhile, Lamb stays out of sight, identifying more violators while peering through the windows of a Seymour bus.

“You get up here in a school bus and look out the windows you can see just about everything,” said Lamb.

And drivers can't see him.

On this day, they aren't targeting speeders. They're after distracted drivers, those texting or emailing. They’re also checking seat belt usage.

“Distracted driving is the number one concern of all bus drivers,” said Tim Fosbrink, transportation director for Seymour Community Schools. He signed on to the effort to help police keep kids safe.

“Most of the stop arm violators are either texting or doing something besides what they should be paying attention to,” Fosbrink said.

If police reduce the number distracted drivers, there should be fewer violations, fewer accidents.

“Speeding used to be the main cause, pre-cell phones, but now, since all the cell phones came into play, that's taken over,” Lamb said. “That's caused big trouble.”

Drivers who were pulled over had mixed reviews for the cop on a school bus program when we spoke with them.

“I think it's entrapment,” said one motorist.

“I think it is a little much, but if it is going to save some lives…” said another.

One driver called it something between creative and crooked and added, “Hopefully he will let me go with a warning.”

Lamb makes no apologies for his creativity.

The last time Seymour police cracked down, they wrote 81 citations in just 4 hours. One driver stopped for a seat belt violation turned out to be in possession of a crack pipe. Police say he admitted smoking before driving.

Lamb welcomes the attention. Not knowing whether kids or cops are riding that school bus keeps drivers guessing and paying attention.

“This an outside-the-box approach to traffic enforcement with the goal of making streets safer for drivers," said Lamb.

Police issued 38 citations and 20 warnings the day we watched. They tell us there has not been a single stop arm violation reported since September. That's proof, they say, that the program works.