The search is on after someone stole a wheelchair-accessible van owned by Johnson County Senior Services. 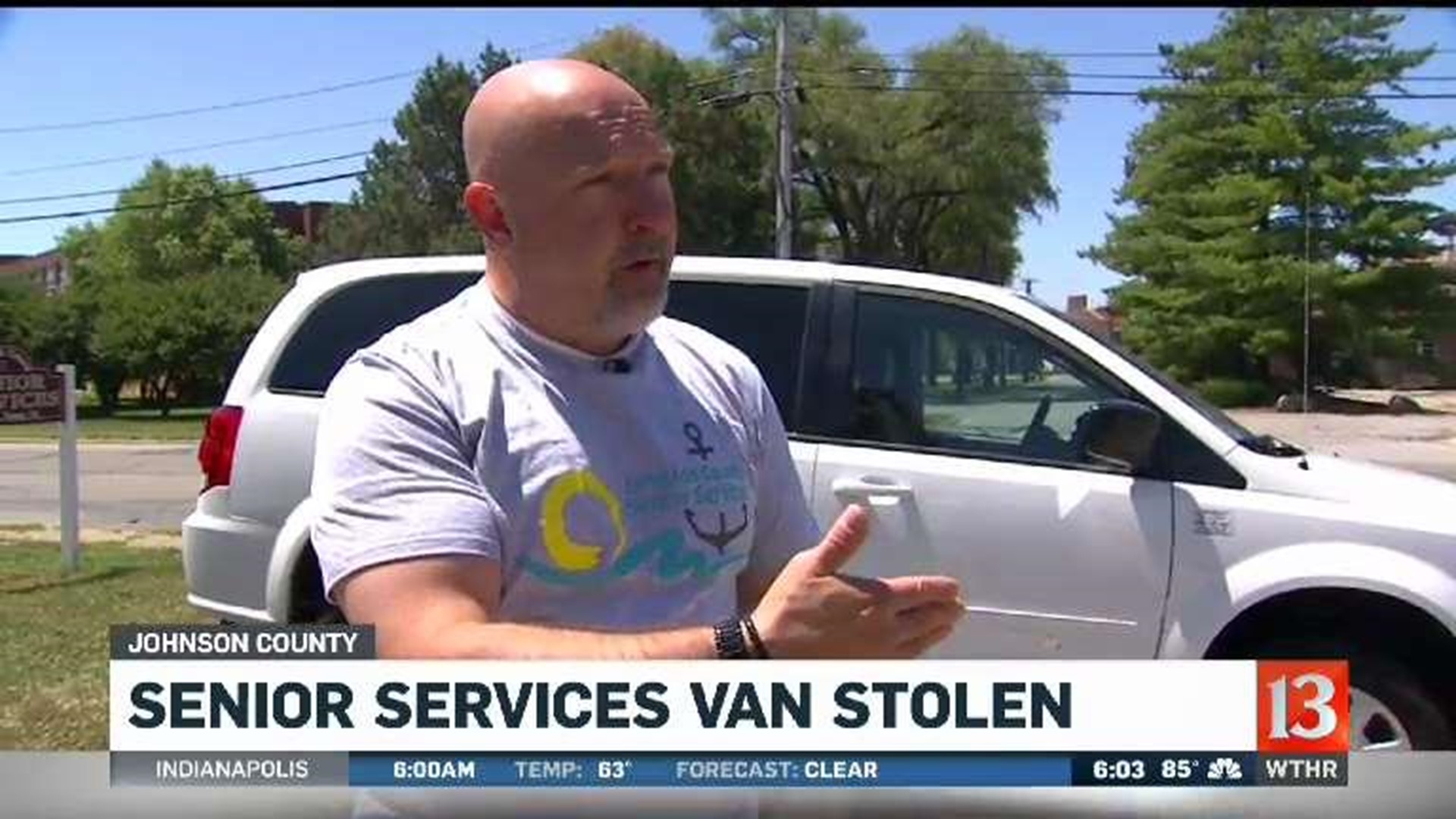 FRANKLIN, Ind. (WTHR) - The search is on after someone stole a wheelchair-accessible van owned by Johnson County Senior Services.

The group provides free door-to-door transportation for hundreds in Johnson County. The 2017 Dodge Caravan, with license plate number 54394, was stolen as the driver dropped off a patient at Franciscan Health South Cancer Center on Thursday.

The driver "was doing what we do," according to Leo Rafail, a board member for the senior services organization. The attendant had just wheeled a patient into the hospital "which is a really short walk, and came out and the van was gone."

It's one of two vehicles owned by the agency that have large ramps which accommodate bigger wheelchairs, something Rafail called "critical" in getting certain seniors to appointments for things like dialysis or chemotherapy. While the agency has other vehicles, including a small bus and several sedans, Rafail said losing the van limits their ability to help those most in need.

"It's just devastating someone would do this, completely not thinking about anyone else's needs," he said. He said many of the agency's clients have no other options.

"It's been really onerous. And we may have to tell people we can't take them because a lot of service has been disabled because of this van being stolen," Rafail said. Dispatchers have been scrambling to handle the scheduling for those who need special vans.

The group hasn't determined if they'll be able to replace the van.

If you have information about the theft, you're asked to call IMPD.