Bill 344 would offer protections based on sexual orientation, but only order a legislative study committee regarding transgender issues. It would also give exemptions for religious organizations. 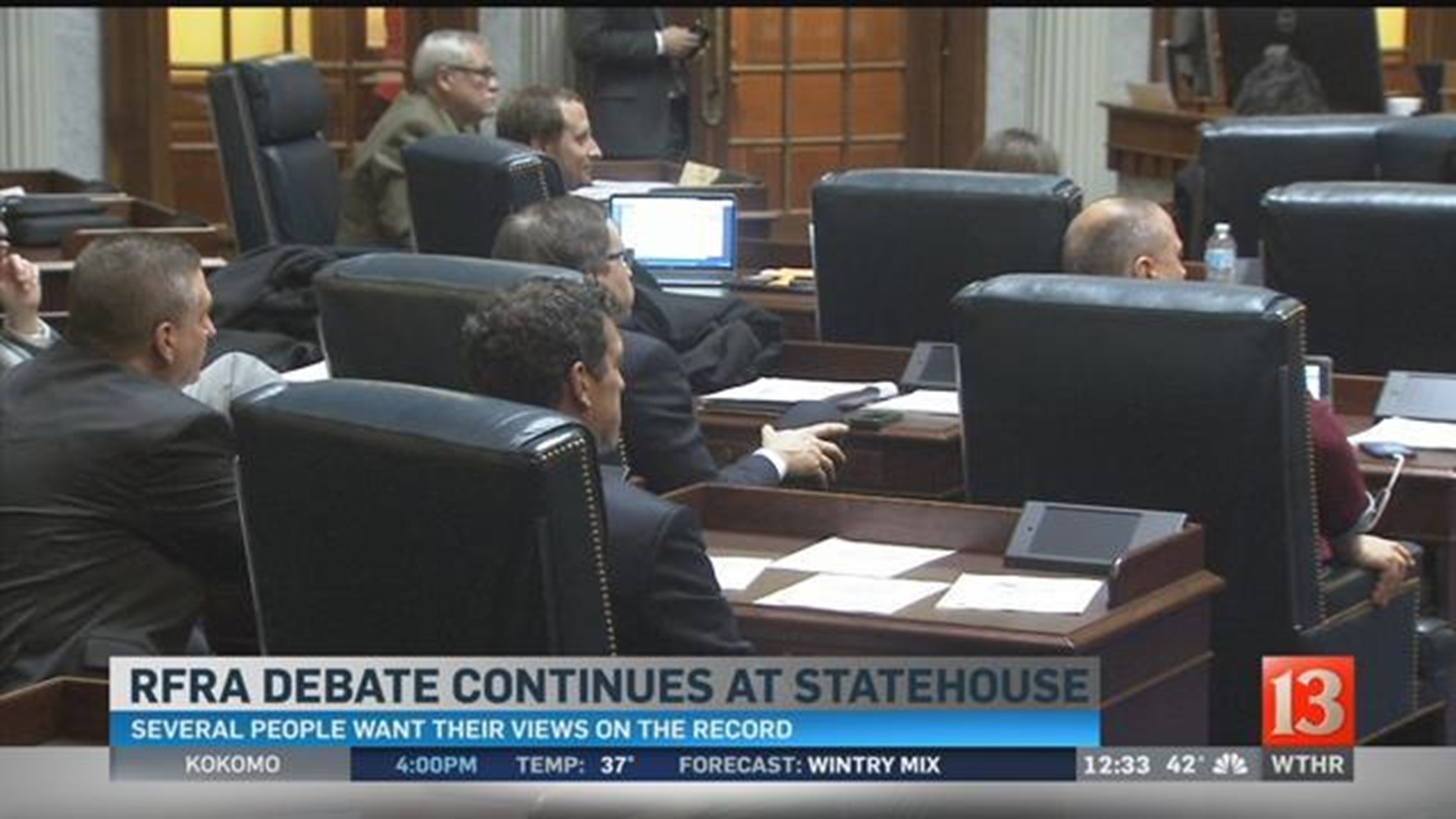 Indiana Senate President Pro Tem David Long is indicating a bill to extend civil rights to gay, lesbian and bisexual - but not transgender - people will be taken up by the full chamber, even if there's not enough to support for it to pass.

Long made the remarks during a Thursday news conference after a Senate committee he chairs approved the bill late Wednesday.

The Fort Wayne Republican says he won't pressure Senators to vote any particular way. But he says the discussion must be held, especially after last year's religious objections law drew widespread and mostly negative attention to the state.

Long says a separate Senate bill to establish transgender civil rights was not voted on because it's too contentious.

The bill would offer protections based on sexual orientation, but only order a legislative study committee regarding transgender issues. It would also give exemptions for churches and some small businesses.

The committee heard four and a half hours of public comment, but two people in particular painted a picture of why threading the needle between LGBT and religious freedom interests is so hard.

"No child should have to go to school in fear, and no person should have to be afraid of who they are," 18-year-old Evan Stoner told a rally sponsored by Freedom Indiana Wednesday afternoon. Stone said he was bullied in middle school because of who he is, at a time when he still did not fully understand who he is.

"Your words are worthless until you start backing them up with actions," the Jeffersonville native told lawmakers.

Later in the day, the two sides were shoulder to shoulder in the Senate gallery as Melissa Klein told the story of her cupcake company in Oregon. For years, she said it thrived.

"All that changed when a previous customer walked into our shop and asked for a wedding cake celebrating a same-sex marriage," she testified during Wednesday's hearing. "My faith teaches that marriage is sacred and is only between a man and a woman....After two years, the Oregon court ruled our actions violated Oregon law and we had to pay the women $135,000 for emotional damages."

After the ordeal she went through, others have asked why she didn't just bake the cake.

"The only reason is, one day I will stand before my Creator and be held accountable for how I lived my faith during my life. I want to tell Him I was faithful to what He asked me to do."

"We are human beings, too," said Stoner. "We deserve to be protected, too. We deserve 'four words and a comma'."

"Four words and a comma" refers to a proposal by Sen. Timothy Lanane, D-Anderson. An amendment he proposed to SB 344 would have actually deleted all of the language in the bill and replaced it an entirely separate bill that would have added "sexual orientation, gender identity" as protected classes under the State's civil rights code. Indiana currently affords such civil rights protections based on race, color, religion, sex, disability, national origin and ancestry.

Sen. Lanane said the amendment would have reaffirmed that "when a business says it's open to the public, it truly means everyone" by closing all loopholes. He argued that the First Amendment afforded all the legal protection religious communities will ever need, and so exemptions for religious groups in LGBT laws were unnecessary.

The Republican-led committee disagreed, though, and the amendment failed in a party line 8-4 vote.

A second amendment proposed during Wednesday evening's hearing added exemptions for religious organizations not attached to a church, specifically crisis pregnancy centers and adoption agencies that counsel women to consider alternatives to abortion and/or do not work with same-sex couples. A second amendment also granted exemptions to non-profits that provide religious programs, allowing them to deny services to LGBT Hoosiers if those services would violate their religious code.

With those two amendments folded into the bill, a third was passed to narrow the field of who qualifies for the religious exemption. It requires that an organization's primary purpose be religious in nature, as opposed to medical or business-related.

One final amendment provides that SB 344, if signed into law, would repeal the Religious Freedom Restoration Act as well as the "fix." Sen. Brandt Hershman, R-Buck Creek, proposed that element. He said it simply returns Indiana to what the law was before RFRA. There were no explicit LGBT protections at that time under the State's civil rights code; all protections came from court rulings.

Meanwhile, local civil rights ordinances would be allowed to stand, but only as they existed until December 31, 2015. If any ordinance passes January 1, 2016 or after and offers more protections than state law, it would be negated.

The bill now heads to the full Senate.