7,500 German prisoners of war were reportedly interrogated at the camp southwest of Harrisburg. 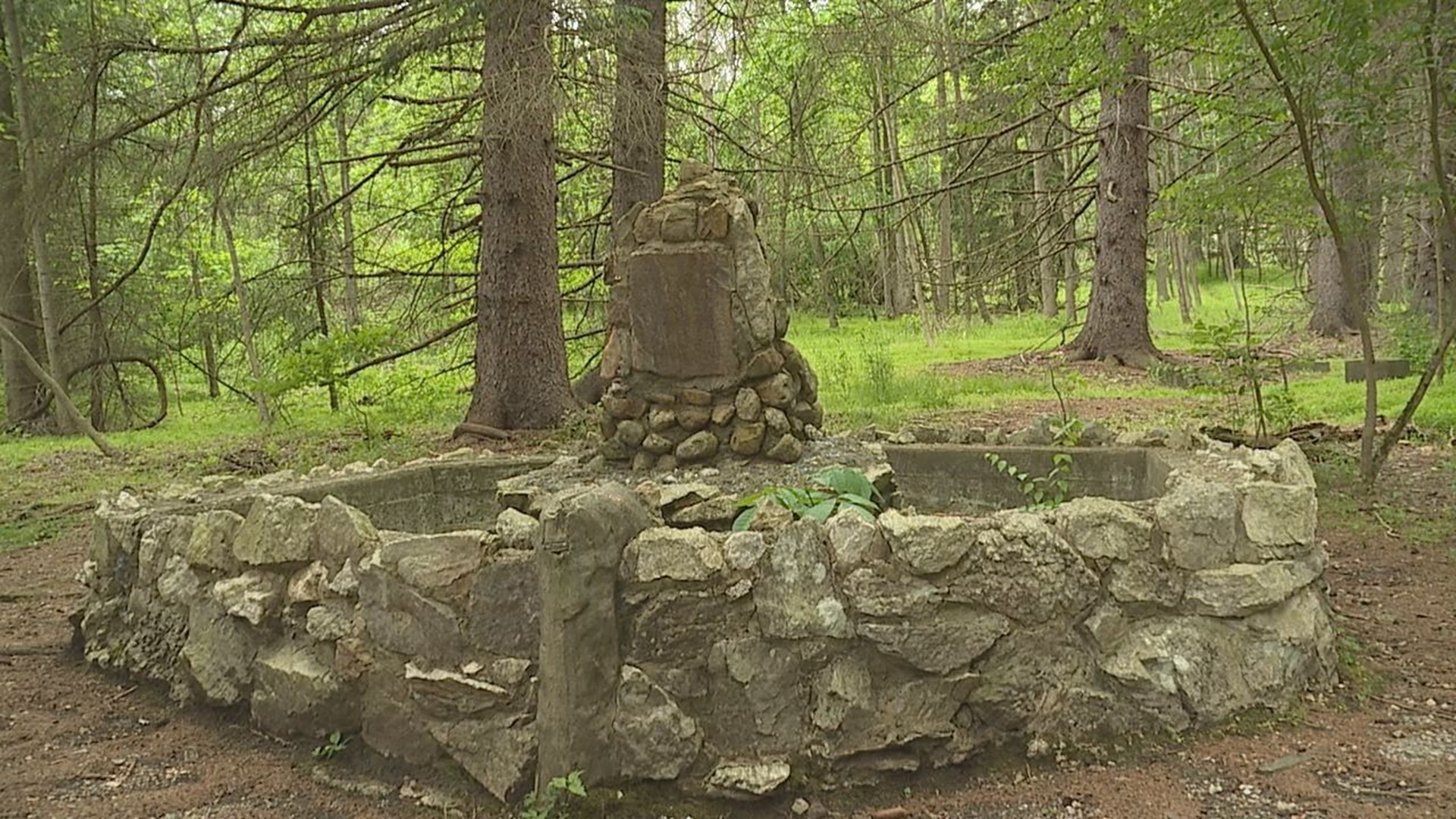 David Smith, Director of Camp Michaux Recognition and Development, points to a photo in the Pine Grove Prisoner of War Camp exhibit at their free museum in Carlisle.

Smith noted, "These prisoners.. were from a U-boat that had been captured and they were sent to Pine Grove for their initial interrogation."

Franklin Roosevelt's New Deal established the Civilian Conservation Corps (CCC) in 1933. They worked to conserve land across the country.

"The iron industry had been very hard on the south mountain region, so it was an obvious site to run a conservation program," according to Smith.

Commonly selecting CCC camps, the United State's War Department needed places to house prisoners of war during World War II. Pine Grove was one of those chosen due to it's existing facilities.

"They converted another building on the site for the actual interrogation purposes and began interrogating German prisoners in May of 1943, and they continued to do that right up until the close of the war," explains Smith.

"There was a fence around the entire 110 acres, running water, flush toilets, electricity... A fairly sophisticated camp with about 40 buildings."

Highlighting paintings and art made by the German soldiers at Pine Grove, Smith detailed the treatment the prisoners were given while detained.

"They were actually probably in better shape physically than they were when they were still fighting the war in North Africa or in Europe somewhere because the food here was was pretty good and they commented on that," Smith said.

The camp was one of only three facilities like it in the country that interrogated prisoners of war during World War II. Any person of interest was taken to Washington D.C. for further questioning.

All of this activity in a short time was hard not to notice by the locals says Smith.

"Even in an isolated area, you can't bring 7,500 German prisoners through there, and not have somebody know something is going on here," Smith explained.

In the eyes of the Cumberland County Historical Society, and historians like Smith, Pine Grove P.O.W. Camp, or Camp Michaux as it is commonly referred to, is worth preserving for years to come.

Smith explained, "So much happened there. Two of the the most important events of the 20th century had a role to play at what we now call Camp Michaux."

Smith recommends downloading the walking tour before venturing out to explore the camp, as cell phone service is very limited in Michaux State Forest.

You can check out the walking tour below: