Rescue crews are searching the Flatrock River in Bartholomew County for a missing 6-year-old boy. 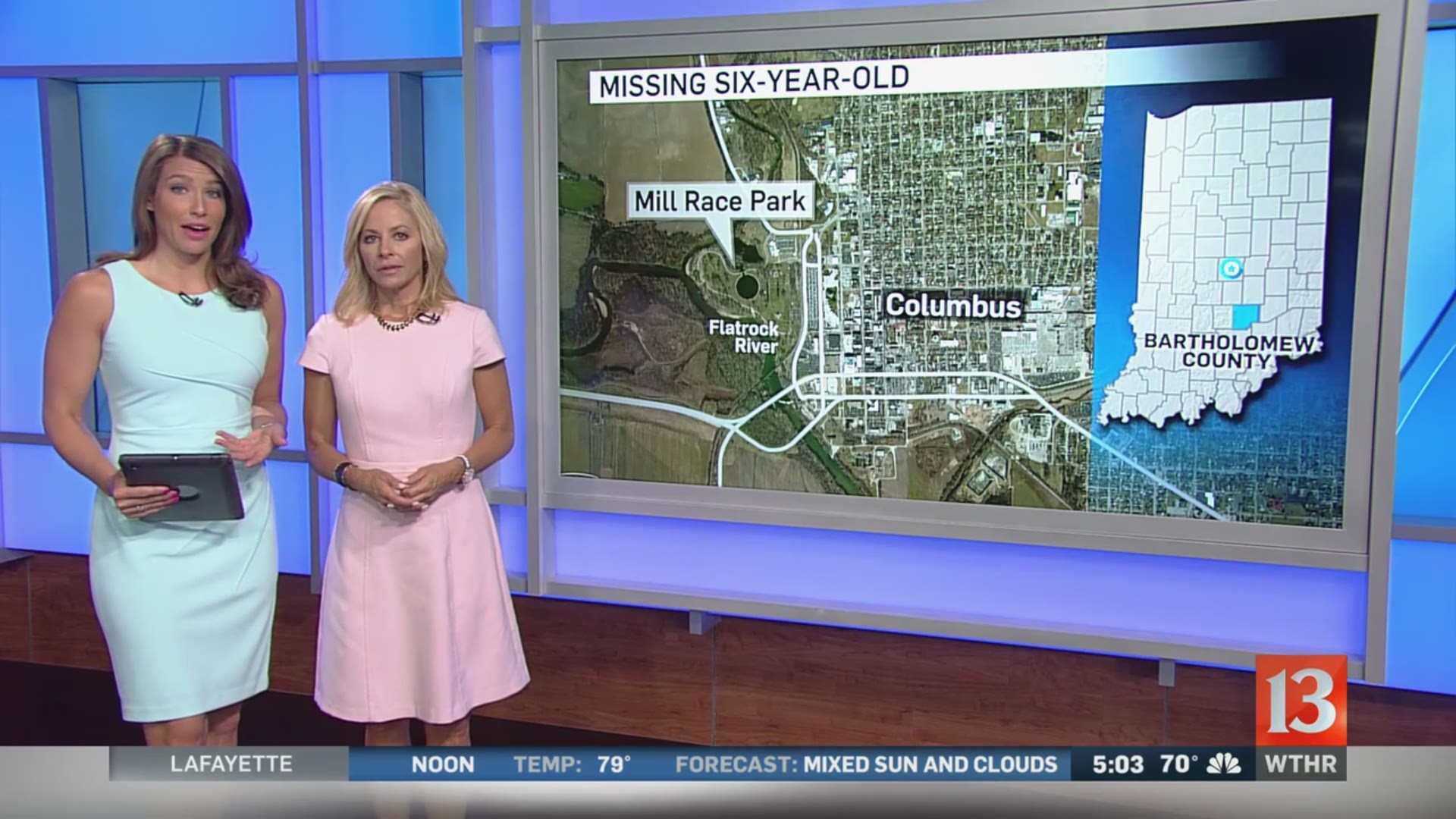 They suspended the search late Thursday and began the search again Friday morning.

An Indiana Department of Natural Resources spokesperson said the child was swept away at 3:00 p.m. while playing in the river with his mother, siblings and older cousin.

The little boy’s grandfather told Eyewitness News the child’s name is Brendan Sperry, who just finished kindergarten. Brendan’s dad recently deployed to Australia with the Indiana National Guard and is on his way home now for the worst possible reason.

“It’s just horrible. My little nephew’s out there somewhere and we can’t find him,” said James Peppers, choking back tears.

Even after six hours searching with a helicopter in the air, divers and boats with sonar in the water and a search dog and crews on the ground, there’s still no sign of Brendan, feared drowned in the river while swimming off a sandbar in Columbus' Mill Race Park.

“They were just going to have a family day together,” said Humphrey. Instead, a day in the sunshine turned to one of horror when Brendan got out too far and caught up in the swift water.

Relatives told us his 14-year-old cousin tried to rescue him.

“My little niece tried saving him but she lost her breath while going under water and she panicked and let go,” said Peppers.

“We were kayaking and we passed them and they started screaming, ‘Look, boats!’ and then, like I said, we went around the corner and like 4 minutes later we heard everybody screaming and here I just thought it was kids playing,” said Melissa Rose. She was likely hearing sounds of panic as Brendan’s family tried to rescue him.

“We heard screaming and we just thought they were fighting,” Rose said.

According to the DNR, the water was especially deep and fast this week after heavy rains. Debris in the river made the search difficult for divers.

“They’re just doing what they can do,” said Peppers of rescue crews.

Brendan’s family says they’ve prayed for a miracle but aren’t expecting one.

“The prayers help, but at this point it’s not going to make anything better, it’s just going to be comforting," he said.

A DNR spokesperson says rescue crews will be back on the river first thing in the morning. The family is expected to be here with them.

His grandpa says missing boy is 6 year old Brendan Sperry, whose dad is in the IN National Guard & just deployed to Australia. On his way home now. pic.twitter.com/yPy8NX8UgF

Family members tell officers the child was playing on a sandbar with family members at Mill Race Park in Columbus when he went into deeper water and was swept away. Friends of the boy's family tell Eyewitness News a young girl who was with the boy tried to grab him by the swim trunks as he was swept away, but was pulled under and couldn't keep holding onto him.

A search continues for a 6 year old boy who was swept away by the current of the Flat Rock River in Columbus this afternoon. pic.twitter.com/NAgn9dfnUp

Conservation officers say family members tried to reach the child, but were unsuccessful in their attempts and notified police.

Crews from several state and local agencies are searching the area on land, in the air and with boats and dive crews in the river.

The family has started a GoFundMe for potential funeral costs.