It is hard enough to bury a loved one and it's another matter to bury someone whose loved ones can't be found. 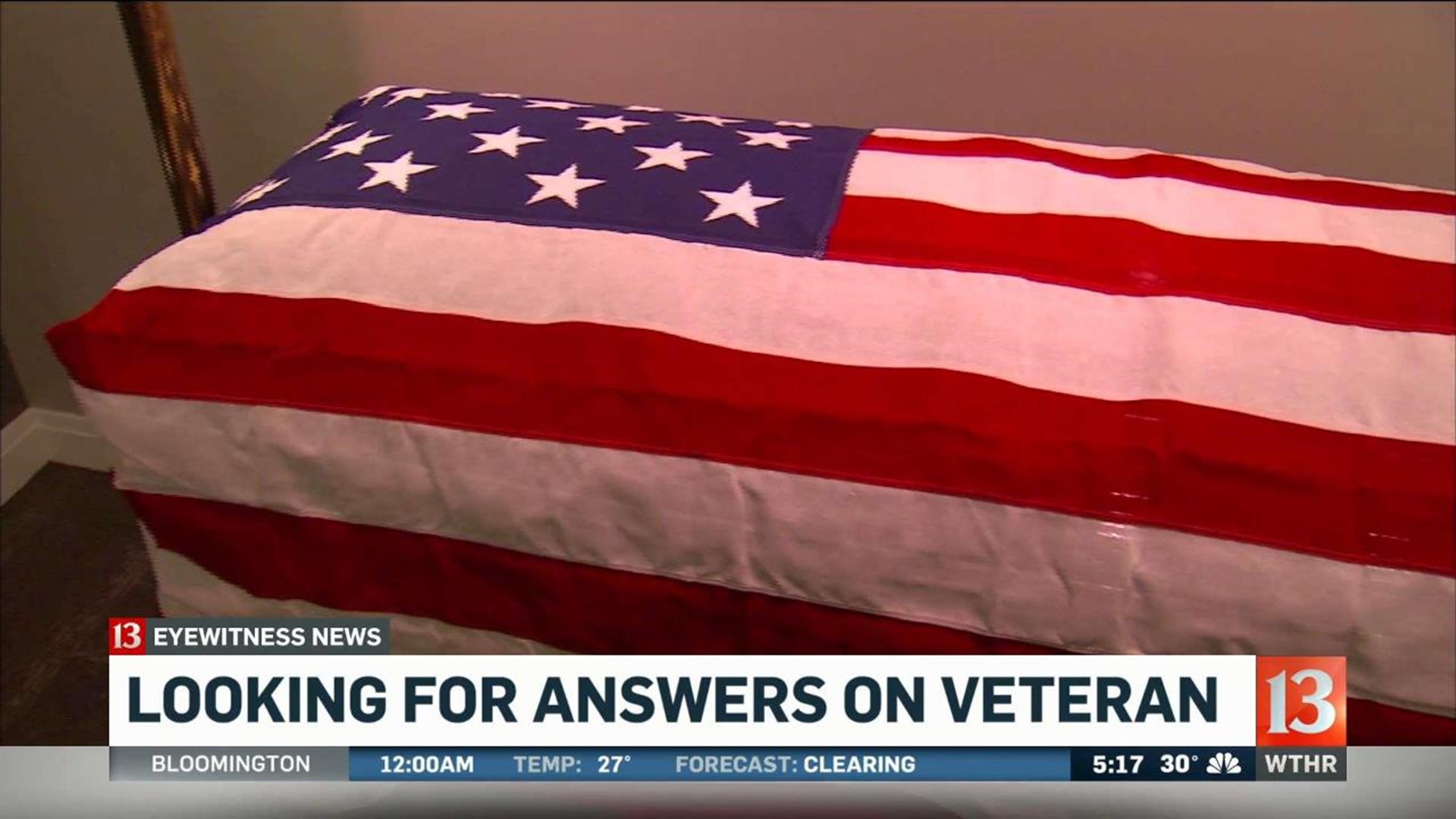 The story of the abandoned Vietnam veteran has spread all across the country.

About all we know is that Glenn Shelton was a Vietnam veteran who was awarded a Purple Heart.

We didn't know why this man came to Indiana (he had roots in Kentucky) but late Thursday we got word that revealed Shelton may have some extended family in this area. We attempted to make contact by phone and in person on Friday but got no answers.

His funeral service, scheduled for 1:00 pm on Saturday, has been moved from Indiana Funeral Care to the Allisonville Christian Church. He is set for burial in Madison, Indiana at the Indiana Veteran's Memorial Cemetery on Tuesday December 19th at 1pm.

Indiana Funeral Care's Sara Thompson summed up this story up earlier this week when she said this veteran who was abandoned in life will not be abandoned in death. Clearly, having to change the funeral venue to accommodate an expected large audience is proof that.

It is hard enough to bury a loved one. It's yet another matter to bury someone whose loved ones can't be found.

In this case, it's a veteran.

It is not something anyone expects. You serve your country and you have reason to believe you will always have a place in it. Marines have a motto that says "The Marines Build Men," but that is not the question.

The question now is: who will be there to bury one?

"He fought for us so we could stand here today and so I thought, he was abandoned in life at some point but we don't want him to be abandoned in death," Sara Thompson the General Manager for Indiana Funeral Care.

Glenn Shelton, 68, served his country in Vietnam and was awarded the distinguished Purple Heart for bravery during combat. Because of that service, his service will be paid for, but that is not the point.

"Essentially, we have date of birth and his last known address and that is essentially it. We were able to find out he is a veteran and that he is a Marine, served in Vietnam and during that time was awarded a Purple Heart," Thompson said.

Very little is known about Glenn Shelton, other than he appears to be originally from Kentucky, and no one is quite sure how he landed in Indiana, but he did, and now Indiana Funeral Care is asking Hoosiers to come out to pay last respects to a man no one seems to know.

"We had a call from a Marine, who works with a hospice group, who asked if he could say a few words on his behalf, since he was a Marine," she added.

His memorial is scheduled for Saturday at 1 pm. His burial will be Tuesday at the Indiana Veterans Memorial Cemetery in Madison.

"It's to closer to Kentucky. We thought that would be the best place to take him for his final resting place," Thompson said.

As for who will get the flag that drapes the casket of a man no one knows - no one knows.