The Multnomah County Sheriff's Office said Jennifer Moore's car has been located under an estimated 15 feet of mud and debris. 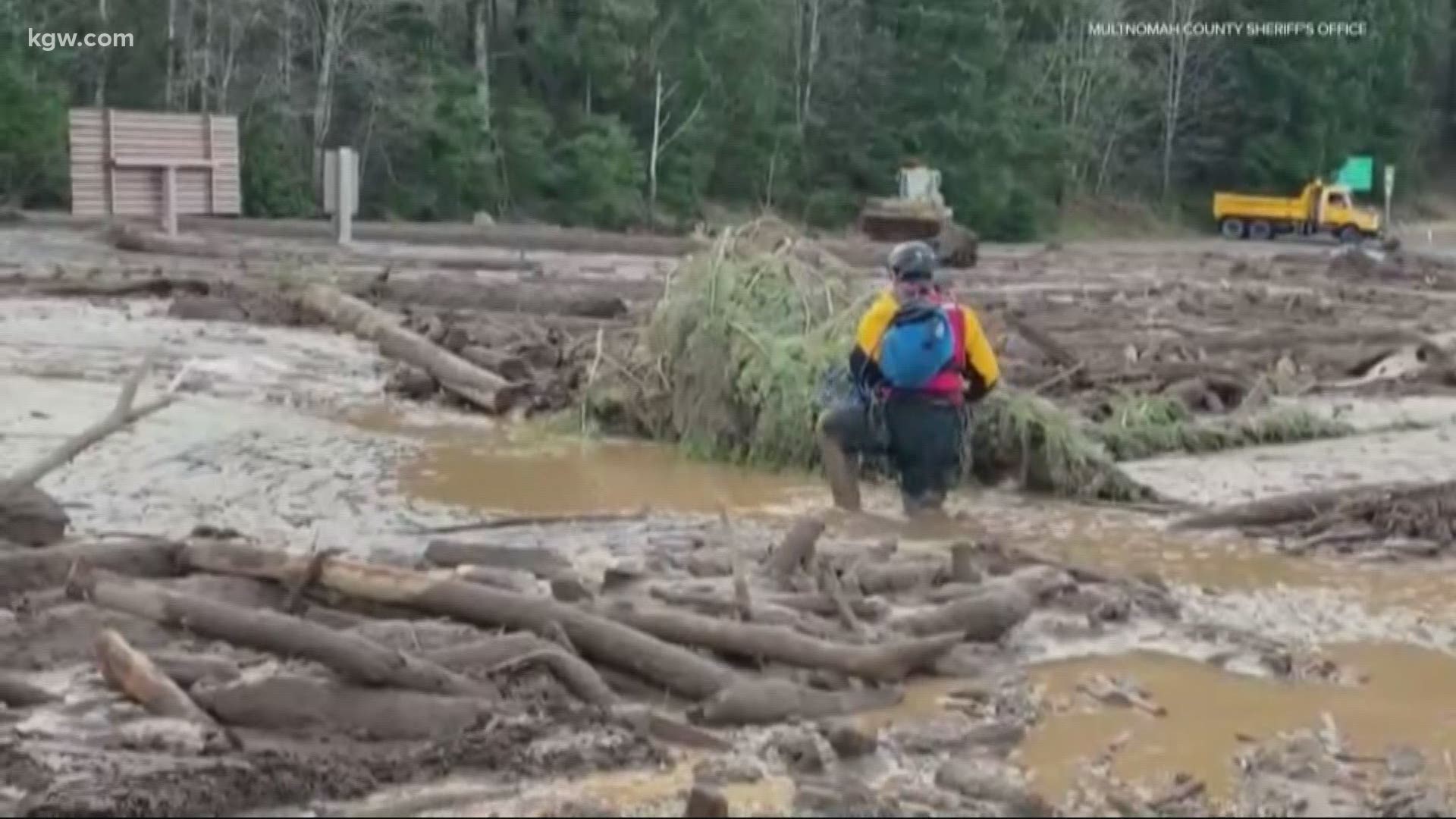 DODSON, Ore — The search for a missing woman believed to be swept away by a landslide in the Columbia River Gorge is now a recovery effort, the Multnomah County Sheriff's Office said Thursday.

Searchers found the location where they believe Jennifer Moore's car is buried, under an estimated 15 feet of mud and debris.

"Considering all factors, the mission is now a recovery," the sheriff's office said in a tweet.

Searchers were able to determine where they believe Jennifer Moore’s car came to rest. The car is estimated to be buried under 15 feet of mud & debris. Considering all factors, the mission is now a recovery. @OregonDOT will continue to remove debris in the coming days. pic.twitter.com/mz43oDCMHZ

Search and rescue crews from both the Multnomah and Clackamas County Sheriff's offices spent Thursday wading through thick mud and around debris near the community of Dodson, where a landslide occurred on Wednesday. Dodson is about five miles east of Multnomah Falls.

"There are some areas that have compacted just from the waterflow that's going through there that's a little stable and they're able to stand on," said Sgt. Marcus Mendoza of the Clackamas County Sheriff's Office. "Some points it might just be inches deep as far as they're sinking, but I've seen these rescuers already waist deep out there."

Search crews specially trained in water rescues used rafts, ropes and foam boards to navigate the thick mud. In some areas, it's believed to be deeper than 10 feet.

Searcher enters debris field using rope as a safety line. Safety is a priority for everyone on scene. pic.twitter.com/0UQlyRlStW

It's something most of the search and rescue crews haven't experienced yet. To help gain control while walking, crews are using rescue equipment you'd normally see during a water rescue.

"They're using large inflatable rafts as well as ropes and other types of foam boards to try and move along and then metal rods to push down into the ground," Mendoza said.

Jennifer Moore, 50, of Warrendale, was the last car in a caravan of vehicles driving along Frontage Road near Dodson when the landslide hit.

On Thursday morning, officials from Legacy Good Samaritan Medical Center confirmed that Moore worked at the hospital, a charge nurse in the Oncology unit. She has worked there for 17 years.

The Multnomah County Sheriff's office said it's their understanding the other vehicles in the line of cars didn't have Moore in their eyesight when the landslide hit.

Officials have been warning for years about the potential for landslides in the gorge where the Eagle Creek Fire burnt thousands of acres in 2017. Heavy rains made those threats a reality and now geologists are warning of more.