A San Antonio police officer was stabbed in the face during the attack and was transported to the hospital. 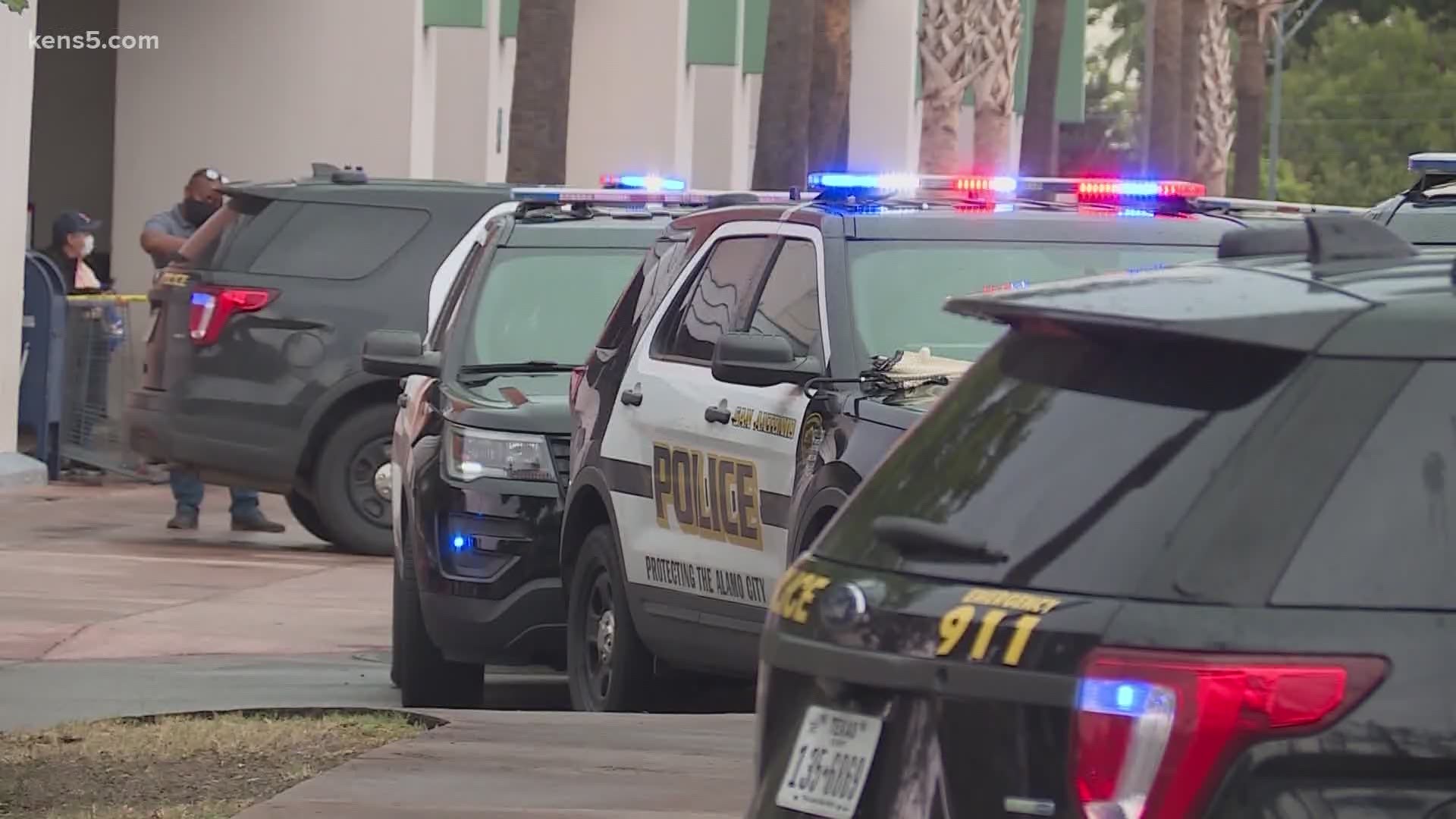 At least a dozen SAPD vehicles could be seen in the parking lot of the H-E-B store in the 2100 block of Fredericksburg Road. McManus said the initial call to police came around 3 p.m. Friday.

McManus said a dash cam showed the suspect, whom the chief described as a 45-year-old male, walk out of the store and toward the police car. When he got to the vehicle, the suspect set some items onto the hood of the car and stepped out of the camera's vision.

McManus said the suspect then charged at Officer Corey Rogers, 28, with a 7-inch knife, stabbing them once in the face. He continued to fight with the SAPD officer. An off-duty Floresville Police officer was also present. Both officers fired at the man, killing him.

The officer who was stabbed was transported to the hospital. McManus said he was passing out in the ambulance due to loss of blood. The police chief did not identity the officer.

SAPD told KENS 5 late Friday night, the officer is going to be okay and has been with the force for four years.

Rick Sifuentes was across the street when the incident happened.

"It was pretty dramatic seeing someone get shot like that," he said.

An H-E-B employee was transported to the hospital as a precaution following the incident. Dia Campos, director of government and public affairs for H-E-B, said the store would close for the remainder of the day to allow their partners to go home and spend time with their families. The Deco H-E-B will reopen at 6 a.m. Saturday.

JUST NOW: SAPD Police Chief said a shoplifting suspect is dead after what the chief calls a vicious attack. The Chief said the suspect charged at officers and stabbed an SAPD policeman in the face. Officer is at the hospital. Chief said he lost a lot of blood. #kens5eyewitness pic.twitter.com/CGq3p1KXVj