Samantha Smith speaks about grief, growth ahead of her first Mother's Day

This Sunday, Samantha Smith-Michael will mark a milestone she never thought she'd reach after the death of her high school sweetheart and husband Andrew Smith. 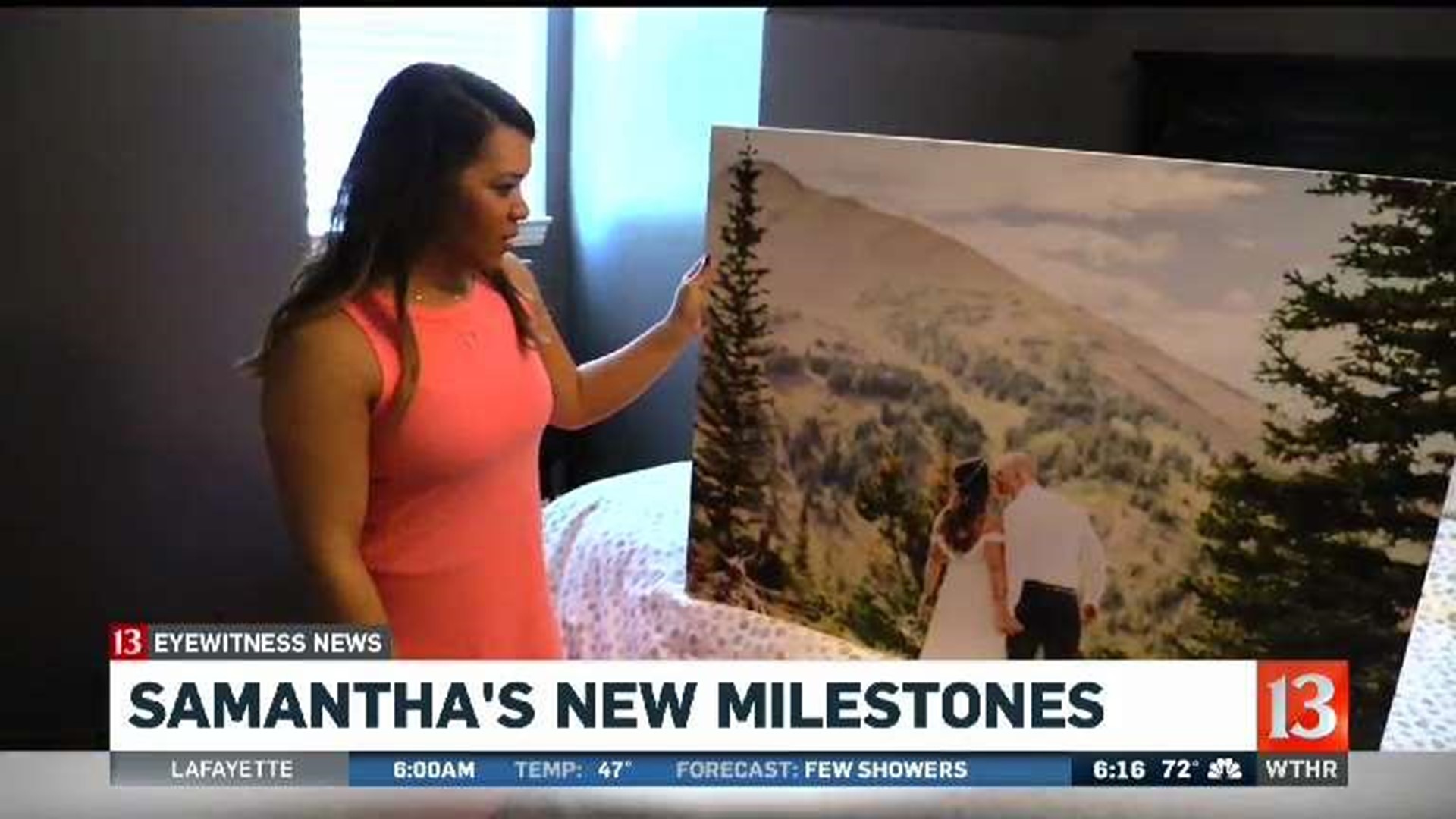 INDIANAPOLIS (WTHR) — This Sunday, Samantha Smith-Michael will mark a milestone she never thought she'd reach after the death of her high school sweetheart and husband Andrew Smith.

"A huge part of my grief with Andrew was, it's not just losing him, but losing all the dreams that we had together of being parents," Smith-Michael said.

"I just remember thinking over and over again if I lose Andrew, that is not something that I am going to survive."

A bone marrow transplant didn't take, but it did buy time to celebrate another Christmas and have important conversations.

"I just remember thinking over and over again if I lose Andrew, that is not something that I am going to survive. I remember the day that Andrew passed sitting in the hospital bed with him for hours. I was sure that was going to take me, I was sure that I was done," Smith-Michael said. "The first month I did not leave my bed aside from his funeral service. Andrew and I had very specific talks about what he wanted for me if things happened how they did. It's a lifelong journey; it's OK to move forward."

Moving forward doesn't mean you've forgotten, is a message Samantha shared on her blog when she publicly broke the news last summer that she was re-married and expecting.

"I think there have definitely been judgments of was it too soon? She already has a baby and all these things, but it's just you trust perfectly in the timing of everything," Smith-Michael said.

Nick and Samantha hold baby Kai in their hands. Samantha has an "A" tattooed on her wrist in memory of Andrew. (Samantha Smith-Michael)

Samantha met her husband, Nick Michael, a CrossFit coach, in what she calls "her darkest days."

Their friendship grew, and they married last summer.

"We've had 27 matches which have resulted in five transplants," she said. "I don't want there to me widows because of cancer or widowers so seeing those matches made and seeing those lives being saved makes it all worth it."

One of Sam's first public speaking experiences was from center court at Hinkle Fieldhouse in 2016. She thanked the Butler Community for their support and that talk led to a career.
Through her business "Samantha Smith Speaks" she tours and talks about grief, hardship, empowerment and choosing joy. She participated in a TedTalk broadcast around the world.

"I think I've lived a lot of life, and I can speak to a lot of things that people may be walking through," she said.

At 27, her favorite role is mom, and she hopes her family continues to grow.

"It's just the best thing. Not to say that it's easy by any means, but it's just the joy of my life," Smith-Michael said. "Kai is incredible and perfectly timed and a true gift, and I think that Andrew had a heavy part in that, the timing of everything. All the pictures of Andrew have stayed up. We just add to it because Andrew is still our family. We just grew our family."

This Sunday, Samantha will celebrate her first Mother's Day.

"I often look at Kai and think just how much Andrew would love Kai," she said. "Love grows with people that come in and out of your life, and I love that about love."