Salesforce is thriving here, but most Hoosiers probably don't know what the company does. 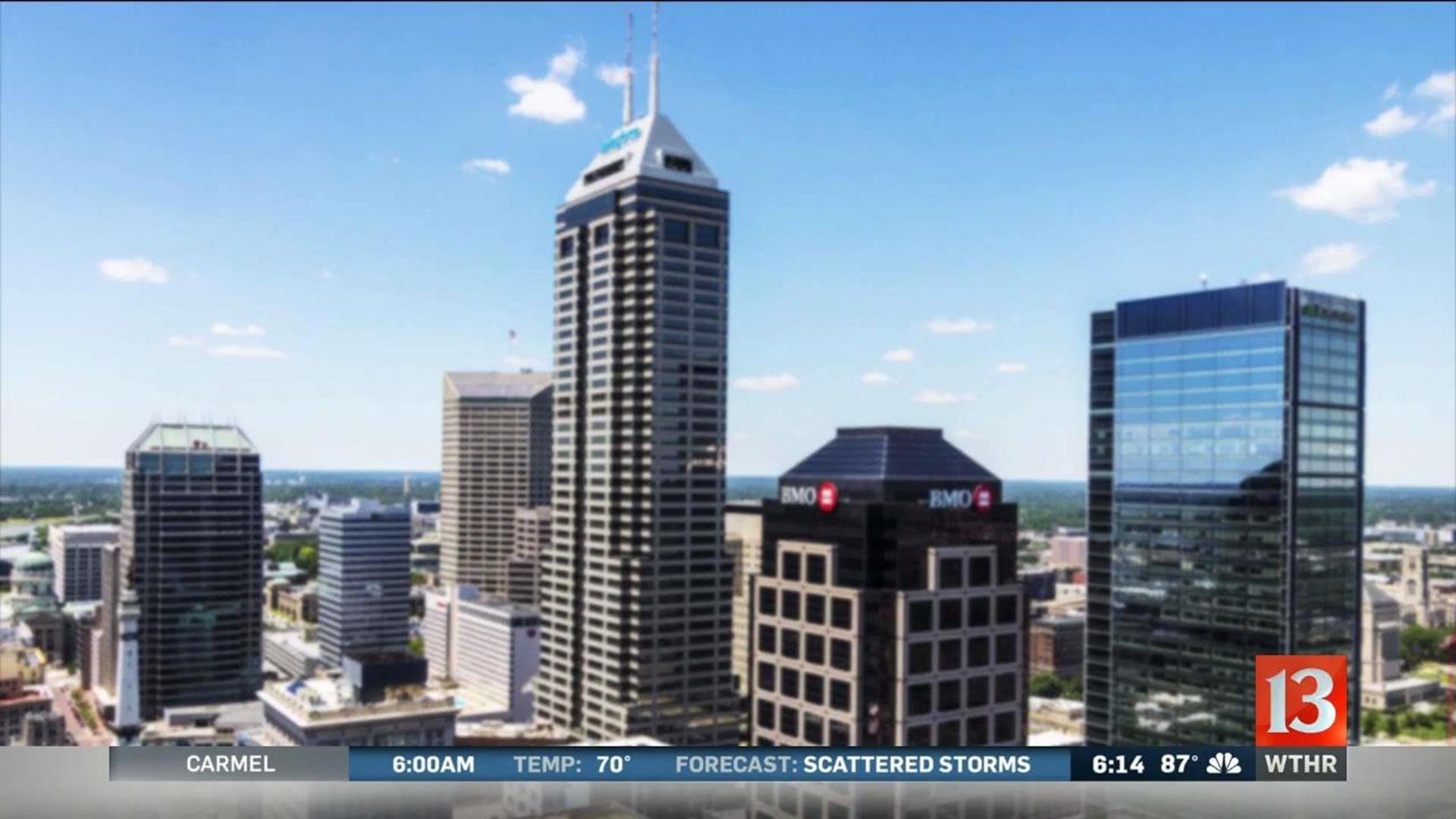 INDIANAPOLIS (WTHR) — The company logo is on top of Indiana's largest building. At night, the word "Salesforce" shines bright over downtown Indianapolis. In five years, the high-tech company has inserted itself as the biggest force in Indiana's effort to became a major player in the new economy.

Salesforce is thriving here, but most Hoosiers probably don't know what the company does.

"Salesforce is the world's leading CRM platform", said Bob Stutz, the company's top dog in Indy. "Customer relationship management — it's software that's built to help companies manage their sales, their service, and their marketing." Stutz is the chief executive officer of the Salesforce Marketing Cloud, which should be all you need to see to know that this is not your father's company. It is on the leading edge of tech companies worldwide.

Salesforce has about 50 locations around the world in places like New York, Tokyo, Paris, London. The home office is in San Francisco, but Indianapolis is the company's second largest office. It started operating here in 2013, when it took over ExactTarget, but instead of picking up and moving to Chicago or Dallas, company leaders decided to make a home here: "It's great being in the Midwest", said Stutz. "We have room to grow; we have great universities. Think of the great universities we have in the area, you know, Purdue, IU, Butler... there's just no shortage of great talent."

1,700 people work for Salesforce in it's Indianapolis offices, and the company plans to hire 800 more by 2021. Part of its appeal to millennial workers is it's casual environment, benefits like 26-week paid maternity leave and a public "Ohana" room for employees and their guests to use during the workday, and community groups to use at night. It compels employees to use some (8 days a year) of their time doing community service. Saleforce donates one percent of it's profits to local charities and matches employee donations up to $5,000.

Another interesting perk offered by Salesforce has to do with new mothers. Along with the 26-week paid maternity leave, it has formed a partnership with Milk Stork, a company that helps nursing mothers who have to travel on business to keep nursing their babies. Milk Stork provides these moms with everything they need to tote or send their milk home, including a pharmaceutical-grade shipping cooler, breast milk storage bags, and FedEx Priority Overnight shipping labels.

It's local leader said Indianapolis deserves at least some of the credit: "It's a great city", Stutz said."It's one of the few places where you are working together with the mayor and with the governor to constantly grow to do what's right for the tech industry for our people and you couldn't ask for anything more than that. I think it will be the next Austin, Texas and the next Silicon Valley, hopefully with all the good things and not the bad things."

By good things, he means room to grow and public support for tech business. Add a relatively low cost of living, and you have public leaders hoping for companies like Amazon to take notice. The retail-tech giant is still considering where to put its second headquarters, and success stories like Salesforce can only help make the case for Indianapolis.