A baby found abandoned in a plastic bag in Seymour Tuesday is now a reminder to educate Hoosiers about the Safe Haven program, how it works and how it's made a difference in its nearly four years of existence. 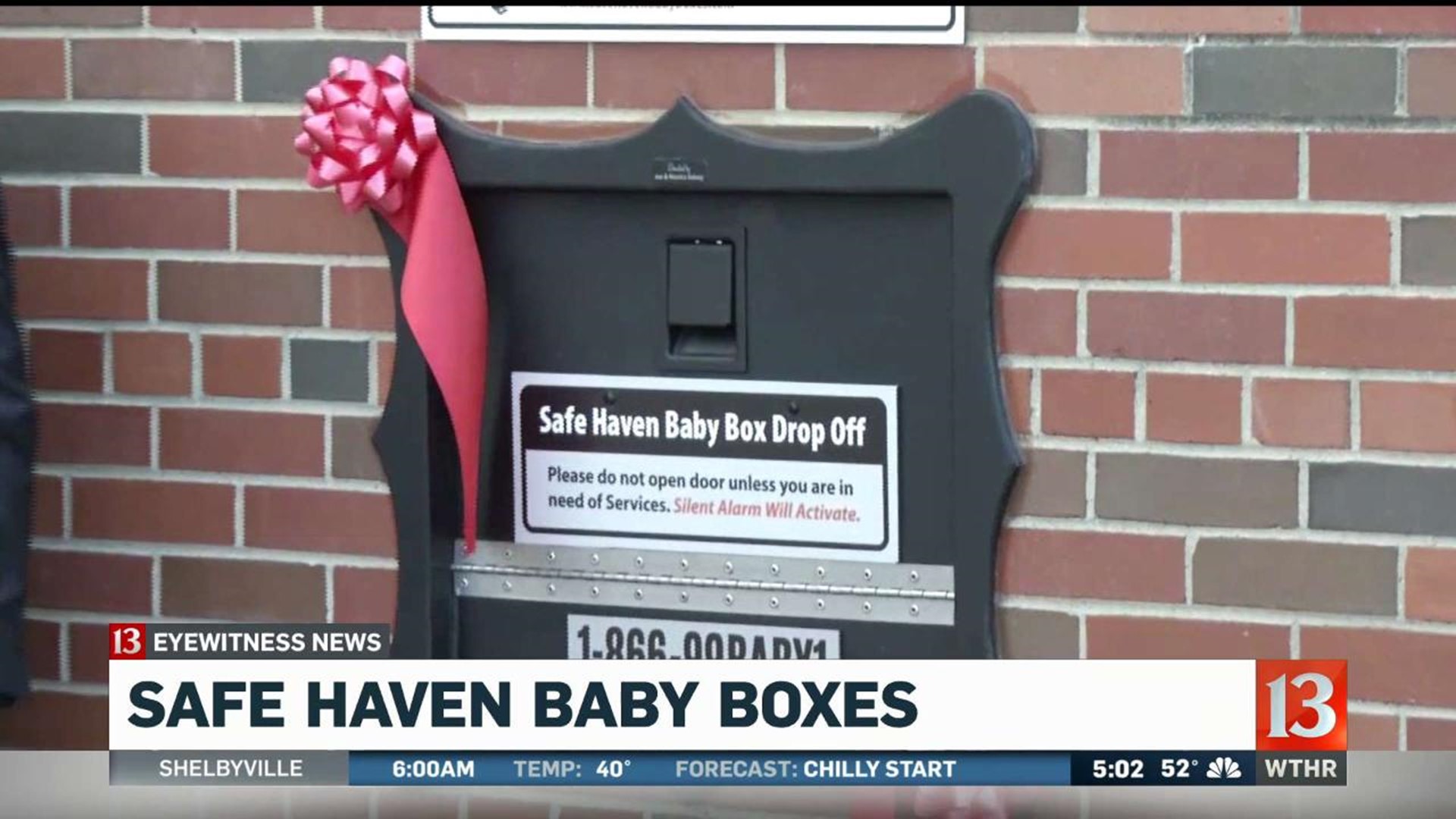 SEYMOUR, Ind. (WTHR) – Someone abandoned an infant in Seymour Tuesday less than a mile from a fire station with a Safe Haven Baby Box.

The newborn, though alive and healthy, was less than a mile from a place meant to keep babies safe, while also protecting mothers from prosecution and judgment.

The Save Haven program's founder, Monica Kelsey, says she was heartbroken to hear what happened and feels they somehow failed that mother because she either didn't know or didn't care about the secure option for her and her baby.

It's now a reminder to educate Hoosiers about the program, how it works and how it's made a difference in its nearly four years of existence.

The baby boxes and the Safe Haven hotline have helped Hoosier moms in need surrender dozens of newborns since 2016.

These are boxes, under Indiana's Safe Haven Law, that allow a mother in crisis to anonymously and safely surrender her unharmed, unwanted newborn.

They're usually located outside fire stations or hospitals.

The baby must be 30 days old or younger. And the boxes are like incubators, with heating and cooling features.

An alarm notifies 911 as soon as a baby is placed inside, so that first responders can take the child to a hospital.

This program has been very successful.

Just this year in Indiana, it's been able to help safely surrender seven babies and many more across the country.

Kelsey says every single infant tracked through their system since 2016 has been adopted, or is in the process of adoption.

Until Tuesday in Seymour, Indiana hadn't had an abandonment in almost four years.

That compares to an average of two babies found dead or abandoned each year in our state.

The boxes are being placed in more locations lately. There are 14 baby boxes statewide right now, 18 across the country.

On Wednesday afternoon, Indiana's newest baby box was installed and blessed in East Chicago, with another set to go up in Fortville on Monday.

But the boxes are just part of this program. The Safe Haven hotline is where most cases begin and where most mothers get answers and help.

Kelsey says it's had nearly 5,000 calls to date, nationwide.

The hotline, 1-866-99BABY1, is staffed 24 hours and lets women or men talk to a trained professional as they consider surrendering their baby.

Counselors are able to share options with parents who may not know what to do, along with each state's laws and where to go for help or to surrender their newborn.

Not everyone decides to surrender their baby after making that phone call. Most don't. But Kelsey says all get assistance finding safe solutions for their family and child.