Dozens of runners, mostly women, came together Wednesday to learn how to protect themselves. 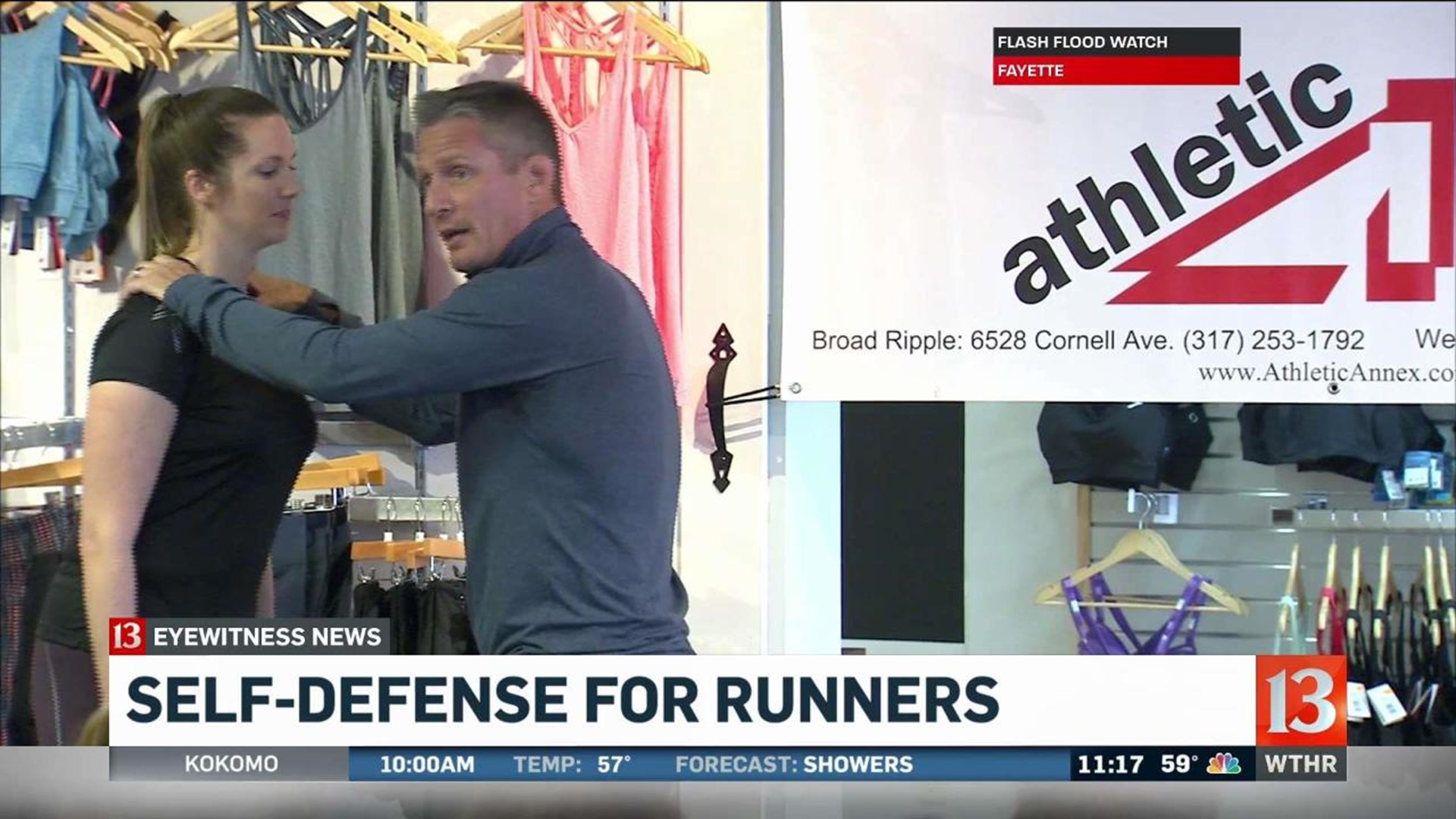 INDIANAPOLIS (WTHR) - Dozens of runners, mostly women, came together Wednesday to learn how to protect themselves.

They've seen the headlines, heard the stories of runners and walkers attacked.

It's probably the last situation any runner wants to think about, but these women know it happens.

That's why they came out to learn self defense techniques from 2-time Olympic distance runner and black belt in jiu jitsu, Todd Williams.

"She grabs my elbows, her right knee comes back and she can drive through the groin and that's just one instance, but again, it's not going to easy," said Williams, pretending to attack his teaching partner at the clinic, as he demonstrated different attack scenarios and how runners could fight back.

"A majority of the attacks and assaults are going to occur when you're alone," Williams told the group.

Williams, who created the business Run Safer to teach self defense to runners, says if you're out there running, you have to be ready to fight back, should the unthinkable happen.

"You gotta get out of there. Remember yell, scream, flip that switch," said Williams of the mindset that has to take over so you can survive.

Runners were glad for the lesson.

"I just thought well it couldn't hurt even for my 11-year-old just to know more about how to protect myself or be aware," said runner Esther Slabach.

"I've never had anything terribly scary happen, but enough to go, I'd like to know something," said runner Holly Geeslin.

It's a conversation, Williams is passionate about having, one he's shared more than 450 times across the country.

One he plans to keep having, hoping to prevent the next headline about an attack on a runner.

"It isn't about you making you paranoid every time you go out for a run, that you're going to get attacked," said Williams.

"What Run Safer is about is preparing you and giving you tools that you never had before so when you do go out, you feel more comfortable." Williams added.