Shelly Fitzgerald has announced that next legal move and her new mission as an advocate for change in the Catholic Church. 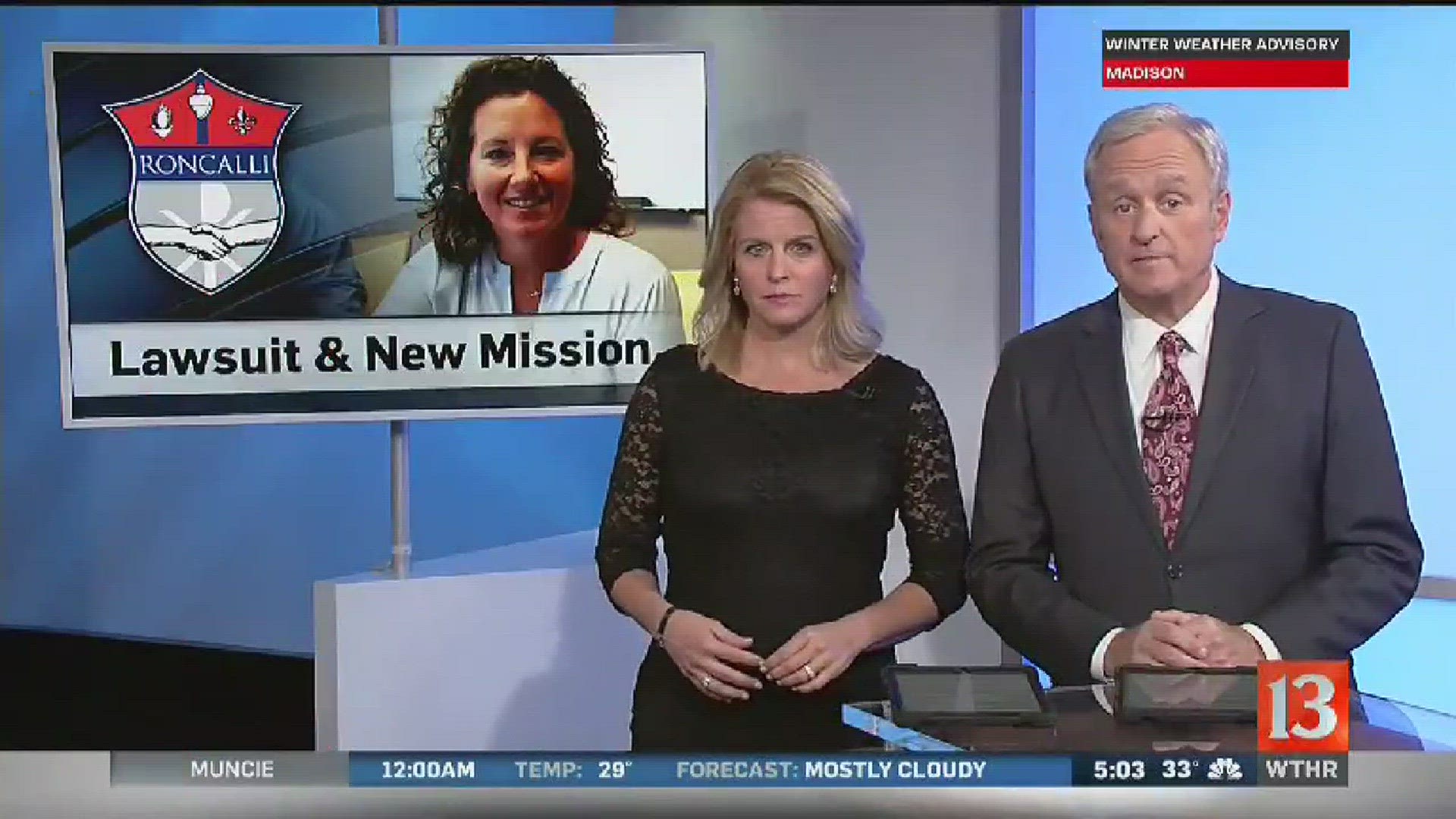 INDIANAPOLIS (WTHR) - The Roncalli High School counselor who was put on paid leave because of her same-sex marriage now plans to sue the Archdiocese of Indianapolis for discrimination.

Shelly Fitzgerald has announced that next legal move and her new mission as an advocate for change in the Catholic Church.

Fitzgerald's attorney says he sees no way that the guidance counselor could ever return to Roncalli. He says negotiations have come to a close as Fitzgerald plans to file a discrimination complaint with the Equal Employment Opportunity Commission.

FItzgerald was joined by students and supporters from organizations from the LGBTQ+ community at a news conference at the Southside Democrat Club.

She says since her story has gained worldwide attention, her mission is to bring change that would change the employment contract against same-sex marriage and extend benefits to same sex spouses.

Students at Roncalli have started Shelly's Voice to bring change to policies in the Archdiocese of Indianapolis.