Indiana could soon become one of the most difficult places in the country to get an abortion. 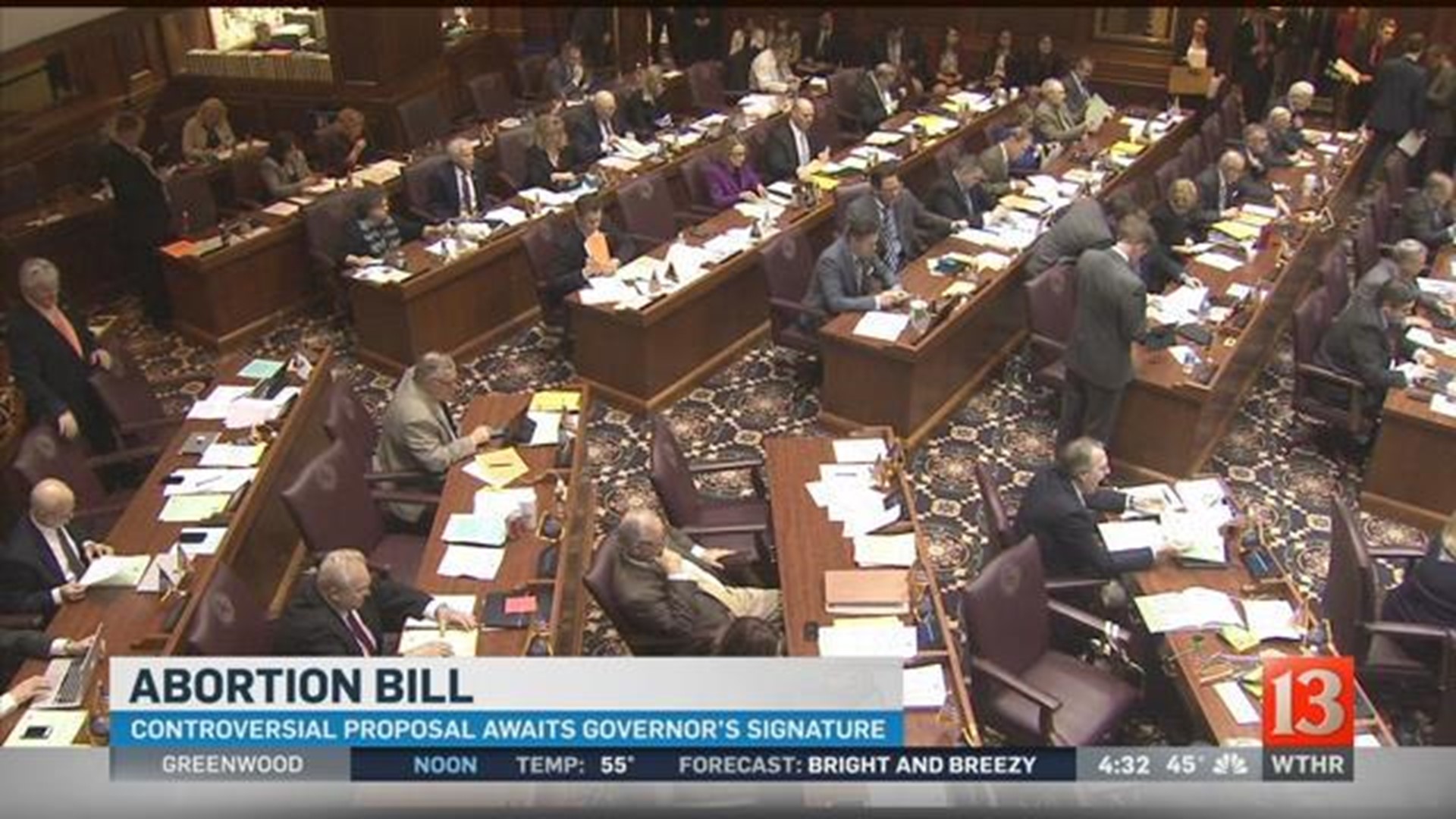 Indiana could soon become one of the most difficult places in the country to get an abortion. As the bill awaits the governor's signature, here's a look at how the restrictions would affect women and their doctors.

Critics call House Bill 1337 unconstitutional and a violation of women's rights. Supporters say the legislation will end discrimination and protect the dignity of unborn children.

The Indiana legislature passed the bill and it is in the process of moving to Gov. Mike Pence's desk.

The bill prohibits abortions performed solely because of the fetus' gender, race, or ancestry or a potential diagnosis of a disability such as Down Syndrome. The legislation also requires the remains be interred or cremated, whether they are the result of an abortion or a miscarriage.

Planned Parenthood claims the goal is to eliminate access to abortions.

"The language bans abortion. This is a constitutional right afforded by Rowe vs. Wade prior to viability and the language of the bill goes against that right," said Patti Stauffer, Planned Parenthood.

Sen. Liz Brown, the bill's author, says the criticism is just not true.

"I have seen the remarks or the criticism that we don't always help the children who might have some special needs and things like that and in my short tenure, we have actually expanded those kind of services," she said. "And I say let us know where we can help and where the need is."

Indiana Right to Life insists the legislation is on solid legal ground.

"The bill is new and kind of groundbreaking, and I think when implementation begins, they will become quite clear," said Sue Swayze, Indiana Right to Life. "I see less discrimination for babies that have characteristics that we would like to protect."

Right To Life supports the legislation which also requires fetal remains to interred or cremated, and doctors to tell patients about hospice care for disabled newborns.

Follow more stories about abortion legislation in the United States

Women seeking abortions would face additional questions and restrictions if the bill is signed into law, and doctors would have to meet additional regulations.

"I see this definitely complicating the ability of women to get abortions," said Stauffer.

"[The bill] will no doubt affect the interaction between the woman and the provider as she is working through some very difficult decision-making regarding the pregnancy," Stauffer said.

Last week, Gov. Mike Pence said he needs to examine the bill and although hasn't decided whether to sign it.

"I'm pro-life and I've strongly supported the sanctity of life throughout my career," said Pence.

Read more about the bill here.