Neal Brown is very aware of what's going on in Washington, including the hundreds of thousands of people who are out of work because of the government shutdown. 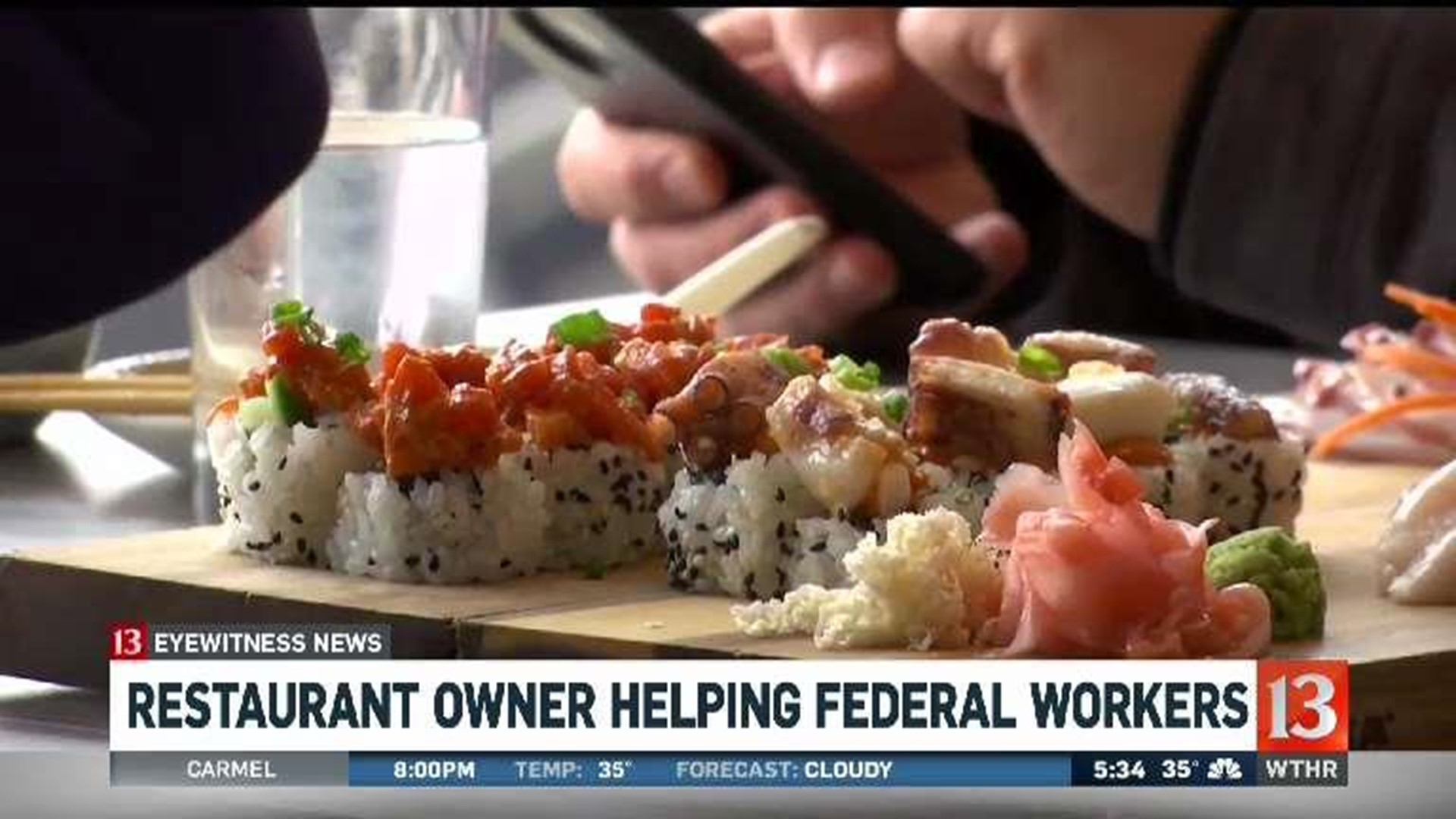 INDIANAPOLIS (WTHR) — Food has a way of bringing people together, usually with family or friends, but connections can also be made between strangers, from those who make it to those who need it.

"If you need a meal, that's what we do," said Neal Brown, who owns Pizzology in Carmel, Ukiyo on College Avenue and The Libertine on Mass Ave.

Brown is very aware of what's going on in Washington, including the hundreds of thousands of people who are out of work because of the government shutdown.

"I know there are a lot of people who are going through a rough time right now," Brown said.

Many people we talked with at lunch say the government shutdown doesn't impact them, or they don't think too much about it, but that didn't stop Brown from wanting to do something to help.

"I think a lot of it stems from New Years, right? The feelings we all get from the new year, I think we all kind of think, 'how can we be better in this next year,'" Brown said.

His idea to be better includes offering free meals to anyone impacted by the government shutdown from any of his restaurants. It's a simple gesture, but Brown said restaurant workers and chefs are made to serve, so he's happy to offer to pick up the tab.

"I've had some takers, but I've also had a lot of people reach out and offer assistance, like can we throw in gift cards or could we throw in, someone offered to throw in wine and I thought, wine makes people happy, so yeah, it's been phenomenal," said Brown.

Brown's hope is that free food will lift the spirits of people who need it most, regardless of which side of the aisle they're on.

"I don't care people's politics when it comes to who wants to eat good food and take their mind off these kinds of things," he said. "When you see people that are disadvantaged or have a rough situation happening, we're just in a unique position to help."