In a Tippecanoe County neighborhood, it's the unseen that’s got state inspectors concerned. 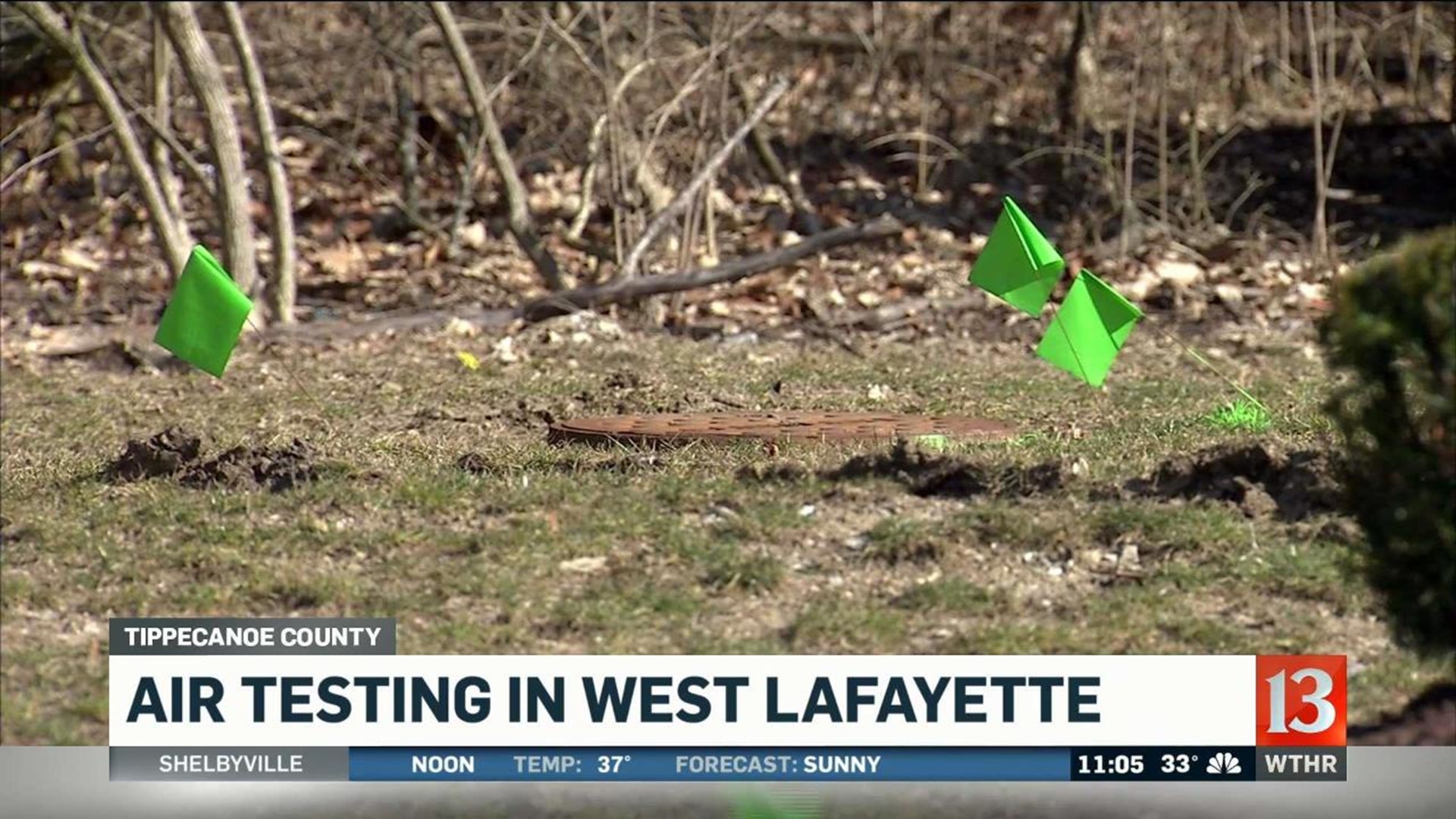 “There’s been a sewer smell that I have smelled off and on but I assumed it was just from all the flooding that’s been coming and going and all the work they’re doing out here on the road,” said resident Erika Allen. Her daughter said she’s smelled it too.

We don’t know yet if excavation has anything to do with the smell or if it’s related to Indiana’s Department of Environmental Management ordering environmental safety inspections in the area.

“They said there was something across the street a couple of years ago,” said a resident at a house to be tested.

Actually, back in the 70’s. A dry cleaner and coin laundry was across the street, the suspected sources of pollution.

A document IDEM sent to some property owners says “from the investigation conducted to date that contamination has impacted soil and groundwater... and may be migrating offsite impacting the indoor air of adjacent properties.”

“I guess I’ll be more concerned when they find out what it is and what the severity is, if there is any,” said Michelle Pendleton, who lives in a home set for testing.

She says she would like to know what she’s been breathing during the two years she’s lived in the house.

“We have had no problems but it would be nice to know.“

The other structure to be tested is a business across the street on property next to the former dry cleaners.

Other neighbors told us they’re anxious to see the results of the air sampling.

“If they come and tell me that yes, there is an issue, I would be concerned but until that point not really. I have too much else to worry about,” said Joy Lucas, a mother of six who lives on the block.

Pendleton expects testing to begin soon. It may involve multiple inspections to sample the quality of the air she breathes in her home.