Many residents and visitors say they hadn’t heard of Saturday night’s shooting in downtown Indianapolis. And they were shocked to learn that six people were shot near the corner of Maryland and Illinois by Steak n' Sheak and Circle Center Mall. 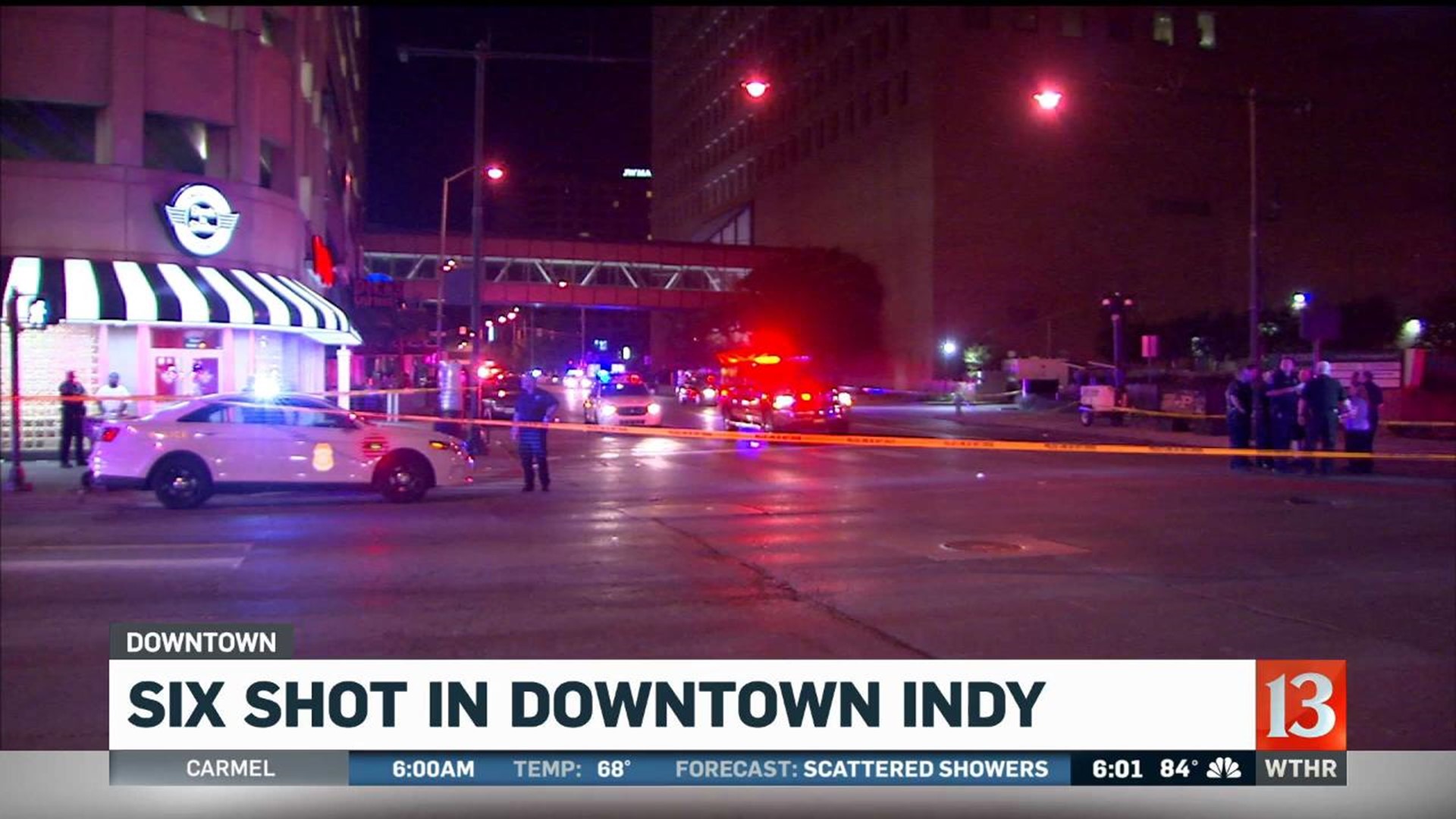 INDIANAPOLIS (WTHR) – Many residents and visitors say they hadn’t heard of Saturday night’s shooting in downtown Indianapolis. And they were shocked to learn that six people were shot near the corner of Maryland and Illinois by Steak n' Sheak and Circle Center Mall.

“Six?! Oh gosh,” gasps Carmen Puckett of Carmel. “Hearing that people are getting shot will Probably prevent me from coming more freely. I stopped going to Broad Ripple more than often because people were getting shot in Broad Ripple."

Deborah Stull says she lives about five minutes away from where the shooting take place.

She often watches the evening news on the weekend because her husband works downtown.

“When I heard about it scared me knowing that this was going on because of everybody that works down here late nights it’s really scary,” says Stull.

She says because of Saturday’s shooting, she’s concerned about her safety.

“What if I want to go outside for a walk? I could get hurt,” says Stull.

But on Sunday, both Stull and several others packed the streets of downtown Indianapolis.

The corner of Maryland and Illinois were just as busy on Sunday afternoon as they are on any other game day.

Many say, how safe they feel, depends on the time of day.

Kaelyn Glover is a former resident who moved out of the city 12 years ago.

He says he never heard of crimes like this when he lived here and feels safe walking in the daylight.

“But at night it’s like I don’t know what’s gonna go down I need to get right to my room and pray,” says Glover.

IUPUI student Luke Dennison says he’s always felt the area was pretty safe, but now is more aware that anyone can be a victim of violence in today’s world.

“Just because I’m a college student doesn’t mean it can’t happen to me,” says Dennison.

Some downtown residents say this shooting is not going to change how they go about living their every day life.

“Indianapolis has always been one of the greatest cities in this country, if not the world," said Marko Zientara. "We had an unfortunate issue last night, unfortunate. I think crime happens everywhere. But I still let my son ride his bike through downtown, I just trust that he’ll make the right decisions."

His son says he’s surprised about the shooting because he used to hearing about all the good things happening downtown.

The city was filled with Colts fans from across the country.

Caleb McCarty and Chris Gaines live in Kentucky and say they come to Indianapolis for games often.

“We feel safe, there’s a lot of people down here,” say Gaines.

“There’s nothing you can really do about it,” he adds.

But for some out-of-state Colt’s fans, like Kentay Smithbey of New Jersey, Saturday night was their first evening in the city.

“We were leaving, listening to some jazz, at a nice night spot. And we actually seen the tape around, I think it was the Steak n’ Shake area,” says Smithbey.

“It’s kinda disturbing for my first time to be here to see those kinda events happening," said Kentay. "When it’s your first time visiting, it could bring a bad stain on the city but it doesn’t really take away from everything else that’s happening around."

He plans on returning to Indy in the future.

“Now coming back, I’m pretty sure I’ll be at a couple more games, that I’ll be more cautious about my surroundings,” says Kentay.

Locals seem to agree that vigilance and situation awareness are a part of life in the world we live in.