Volunteers are giving new life to flowers and brightening the day of those who need it most. 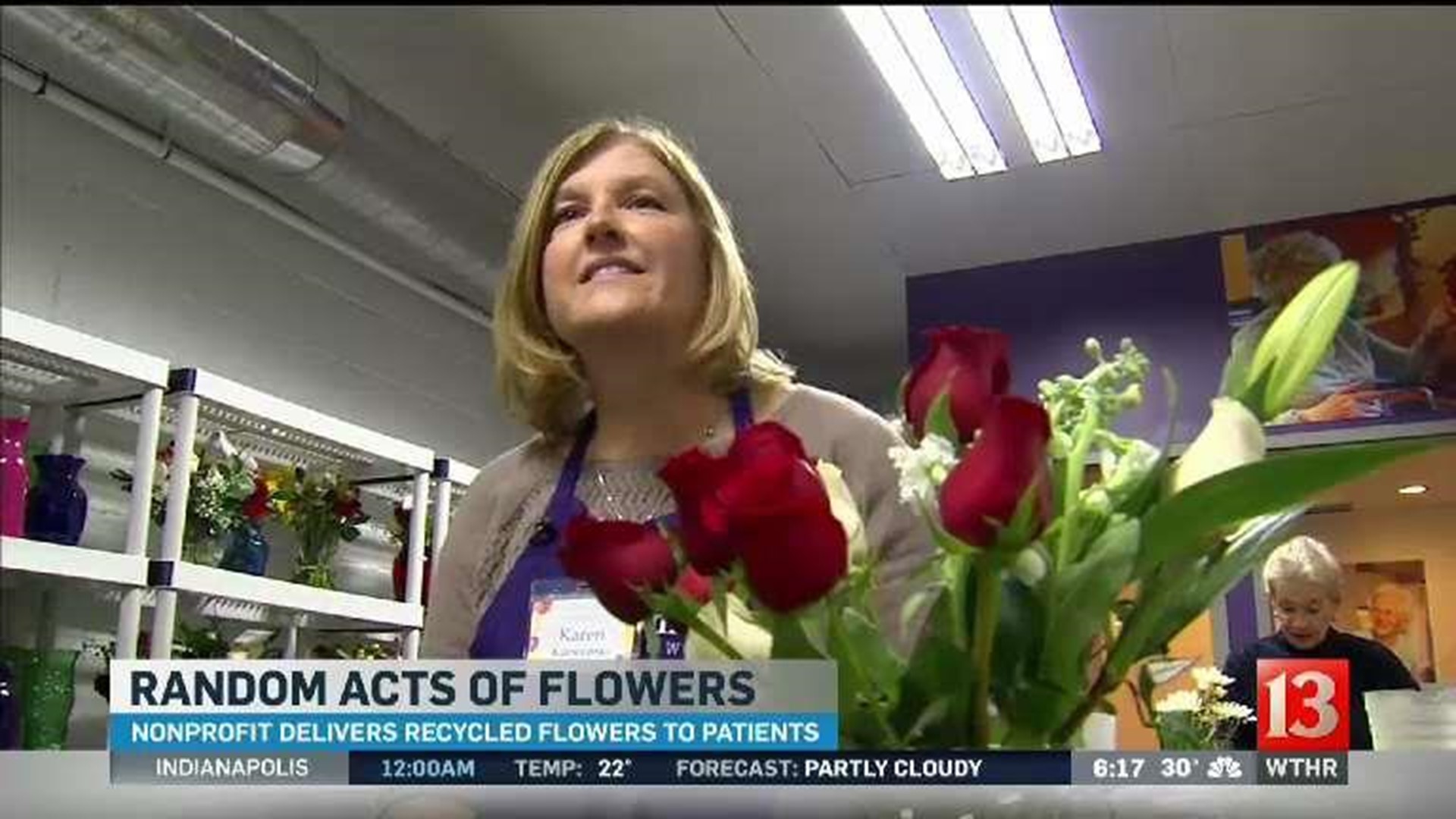 INDIANAPOLIS (WTHR) - Most people love a surprise, at least one that makes you smile or feel better.

But it's just as fun when you're the one making someone else's day.

Inside a spartan space on E. 54th Street, a flurry of floral activity. A dozen volunteers sorting through and arranging flowers to brighten a stranger's day.

"Flowers always lighten up my life. How could they not lighten up the people who get them?" said one volunteer.

"They're beautiful. Who wouldn't love a flower?" said another.

It's called Random Acts of Flowers. It began as a Tennessee non-profit that bloomed in Indianapolis in October.

The flowers come from florists and grocery stores after they pass their sell-by date. They would have been thrown out, but now are being rearranged and given to people in need of cheer.

"Nursing homes and hospitals select people getting these, based on maybe lack of family support, not a lot of visits, so it makes it more special," said a volunteer.

"Just a blessing to think, lying in a hospital and all of a sudden, someone comes to the door and here's a beautiful bouquet of flowers and we put our heart into every arrangement," said another volunteer.

In the first two months, they've given away more than 1,700 bouquets.