Tourism officials say Indiana may have lost as much as $60 million in revenue after a dozen conventions picked cities other than Indianapolis amid the uproar over the state's controversial religiou... 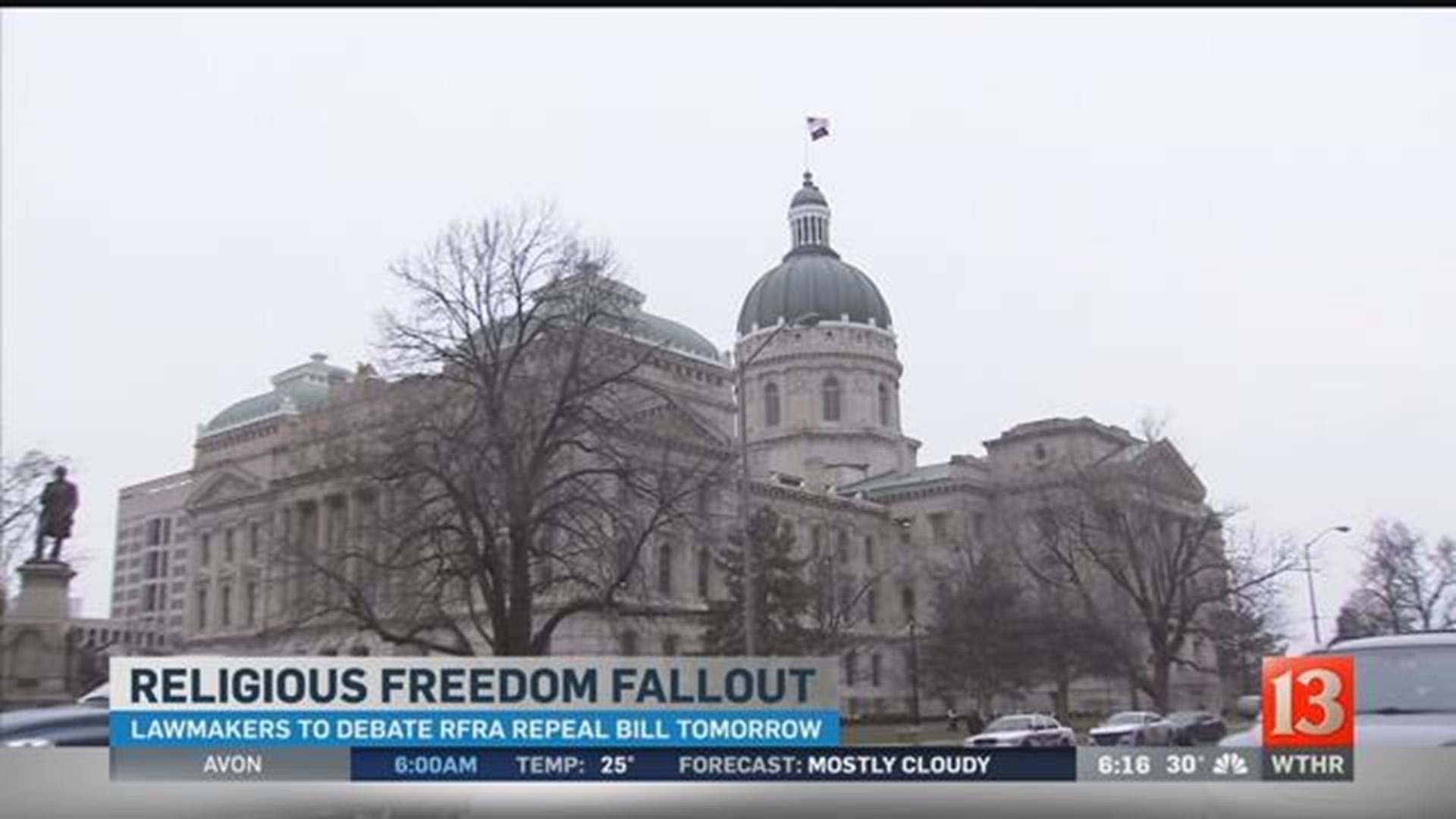 Tourism officials say Indiana may have lost as much as $60 million in revenue after a dozen conventions picked cities other than Indianapolis amid the uproar over the state's controversial religious objections law.

A document prepared by tourism group Visit Indy shows that the 12 out-of-state groups were surveyed and all said the controversial law played a role in their decisions to locate their events elsewhere.

The document was obtained by The Associated Press ahead of its formal release Thursday.

The Republican-backed law garnered quick national backlash after it was signed by Gov. Mike Pence in March, with critics saying it sanctioned discrimination against gay people on religious grounds.

Some changes were made, but critics say the law doesn't go far enough to protect lesbian, gay, bisexual and transgender people.

The issue is confronting lawmakers once again during the current legislative session. A new proposal would throw out the contentious religious objections law and replace it with a statute its sponsor says aims to protect six fundamental rights. However, it is unclear how much support the bill might garner as legislators face a debate over a push to extend LGBT civil rights protections following last spring's national uproar.