Countless workers are relieved that they are finally going to get their much needed paychecks now that the government shutdown has ended. 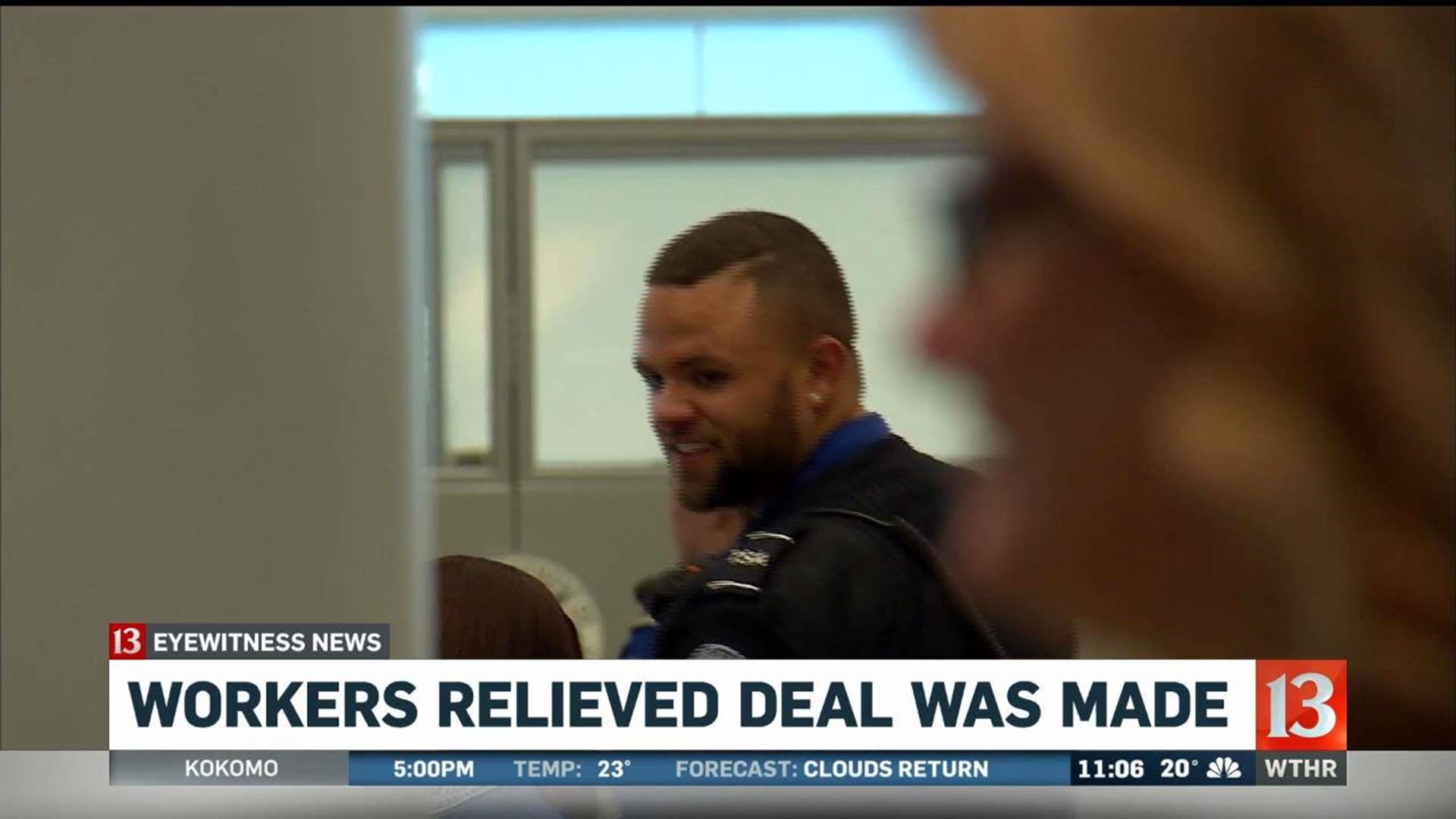 INDIANAPOLIS (WTHR) - Countless workers are relieved that they are finally going to get their much needed paychecks now that the government shutdown has ended.

But they're still concerned about what's going to happen when funding runs out again.

"We're just rolling with the punches," said TSA employee and union representative Renea McCammon as she described the mood among fellow employees Friday, even as they got word the government shutdown had ended.

"It's still sinking in. Numb and still uncertain, because even as the president was standing there giving his speech that the shutdown was over in three weeks, he said the government could be shut down again," she said.

Before that could happen, though, McCammon said TSA employees received an email telling them they'll have 40 hours worth of pay in their accounts this weekend. President Donald Trump announced Friday federal employees would get their back pay very quickly.

"I'm hoping they can get a full budget passed before the 15th, so we don't have to go through this again," said Marc Schneider, an air traffic controller and member of the National Air Traffic Controllers Association.

Before the president's announcement Friday, airports across the northeast experienced major delays due to staffing shortages. Schneider says that was never the case in Indianapolis.

"We all pulled together very well. We had very few instances of any kind of abnormal absences," said Schneider.

Still, if the government shuts down again in three weeks, Schneider says several employees are considering their retirement options.

"I think a lot of people are considering that option, so hopefully we get a deal worked out to continue coming to work and continue taking care of people," said Schneider.

McCammon said she hopes the same, but says just in case, employees are also thinking about how to take care of themselves should the government shut down again.

"There are still people not looking forward to three weeks, so they are looking for other job opportunities," said McCammon.