Protesters first marched from Monument Circle to the City-County Building, exercising their right to protest while others exercised their right to vote. 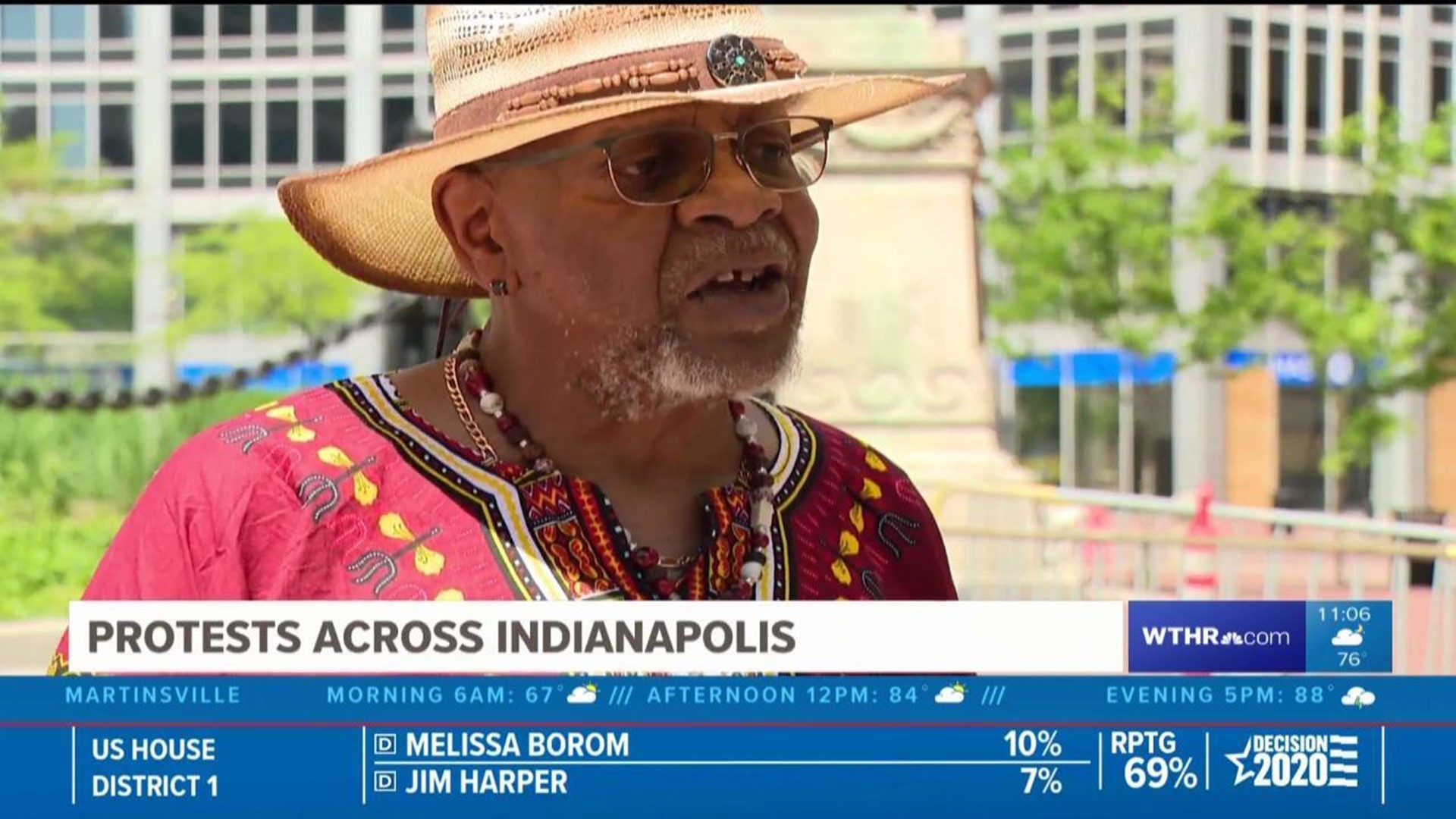 INDIANAPOLIS (WTHR) — In the hundreds of protesters who came to Monument Circle Tuesday, Reginald L. Jones, just five days from his 80 birthday, was among them.

“The first march I participated in I was 23 years old,” Jones said.

Now, almost 60 years later, Jones is still in the fight for social justice and racial equality.

“This is a protest that started that has swept the entire country,” said Jones, speaking of what he’s seeing in cities across the country and now in Indianapolis for a fifth day.

Protesters first marched from Monument Circle to the City-County Building, exercising their right to protest while others exercised their right to vote.

Eight minutes and 46 seconds, that’s how long people stayed on the ground to mark the time George Floyd was on the ground with a Minneapolis police officer’s knee on his neck. Floyd later died.

From there, the protest moved to the statehouse. Hundreds of protesters chanted as dozens of Indiana State Police, some with face masks and batons, stood on the steps of the Statehouse with the National Guard there too.

“It might have a chance to change the attitude of the system, but it’s going to take collectively working together, no matter what we do, for the just cause of stop killing black people,” Jones said.

That’s why people of all different backgrounds have come out to protest.

Jones said he was thankful for the diverse support.

“I have to say to the Black Community, we need to participate. We need to educate our young people to understand the struggle is not over,” Jones said.

It's a struggle he said he hopes his grandchildren and great-grandchildren won’t have to march for when they become his age.