Twenty-five charter schools have closed over the past four years, including two in Indianapolis from a nationally recognized program. As the buildings sit empty, some taxpayers are winding up on the losing end. 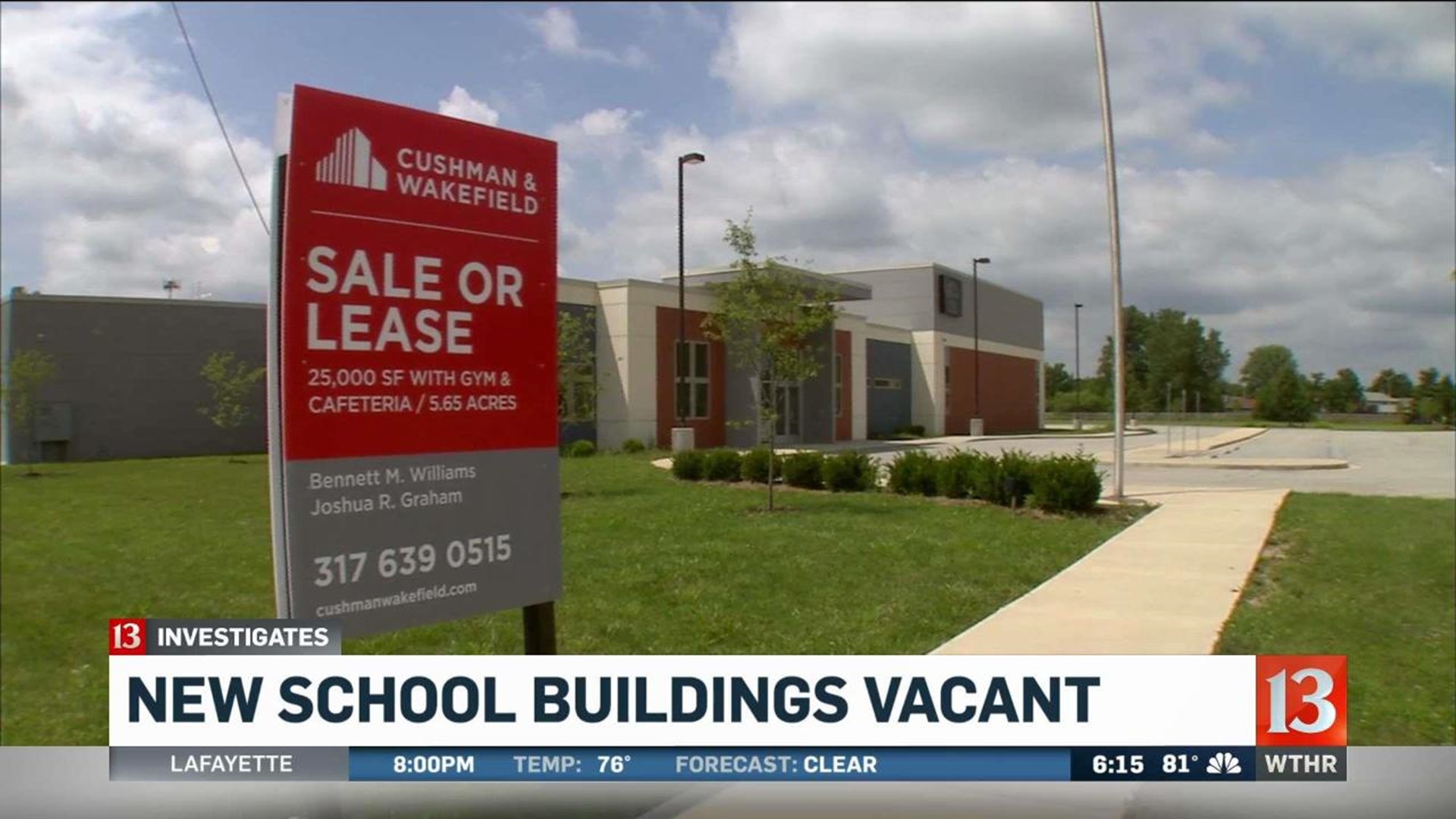 INDIANAPOLIS (WTHR) - An influx of charter schools offers parents a variety of choices, but it's forcing some programs to shut their doors.

In fact, 25 have closed over the past four years, including two in Indianapolis from a nationally recognized program. As the buildings sit empty, some taxpayers are winding up on the losing end.

Just off Shadeland Avenue, there are dreams of something great in the shadow of failure.

"I mean, they convinced us to open it and then, 'Voila!' it's like, 'Poof! It's gone!" said Indianapolis homeowner Nancy Ford Winters.

Ford Winters was talking about the nationally recognized charter school group that built a brand new campus near the entrance of her east side complex in 2015. The school promised innovative and customized learning for students in grades 6-12.

But after operating just one school year and nearly a million dollars later, "it's empty. Brand new empty," she said.

Carpe Diem shut down its Shadeland campus last August. Now 13 Investigates has learned it's for good. Carpe Diem relinquished its charter for that school and the 25,000-square-foot facility is up for sale or lease.

"I think an investigation is warranted. And I resent the fact that they have taken tax dollars to invest in children and then snatched it away," Ford Winters said.

It's a surprising turn of events for the nationally recognized charter that came with rave reviews from Arizona. The organization is the first in Indiana to get multiple charters - six to be exact.

After opening its Meridian Street campus in 2012, the group convinced the Indiana Charter School Board it was ready to open two more. The Shadeland campus and a northwest location each received hundreds of thousands of dollars in state school funding and federal start-up costs.

According to charter school admission documents, the Shadeland Carpe Diem's funding was composed of the following:

The charter also gets $500/student from the Charter School Grant Fund. (This is a property tax replacement fund. Charter schools do not get property tax dollars.)

"In retrospect, it was really too fast, too soon," said Carpe Diem Board President Jason Bearce. "We just weren't able to get the enrollment to make the budget balance."

He says things began to unravel both academically and financially under the control of Carpe Diem Learning Systems, a for-profit management company with different priorities.

"If we're really self-critical, the management company was more focused on expansion than they were on sustaining things here and when that became clear we ultimately parted ways," Bearce said.

A Carpe Diem campus in Texas and the founder of the schools also separated from the management company.

"There were concerns about the financial management," he replied. "We don't have any evidence there was any impropriety in how the funds were spent."

In hindsight, Bearce says the Carpe Diem board should have had more controls in place. James Betley, chairman of the Indiana Charter School Board, was not part of the board that approved the Carpe Diem expansion plan.

But it was his board that decided last month not to renew Carpe Diem's signature school on Meridian Street due to financial and enrollment instability.

It means Carpe Diem will have just one school open this year. All of its operations are consolidated to the northwest Indianapolis campus.

"This is a bigger story than Carpe Diem," Bearce said. "There's not always enough students to keep all of these schools operating."

"My concern is that this doesn't happen again," Ford Winters said.

Meanwhile, Carpe Diem is moving ahead with enrollment at the northwest Indianapolis location, where school starts August 10.