Dogs and horses brightened the day for residents of a Hamilton County senior living facility. 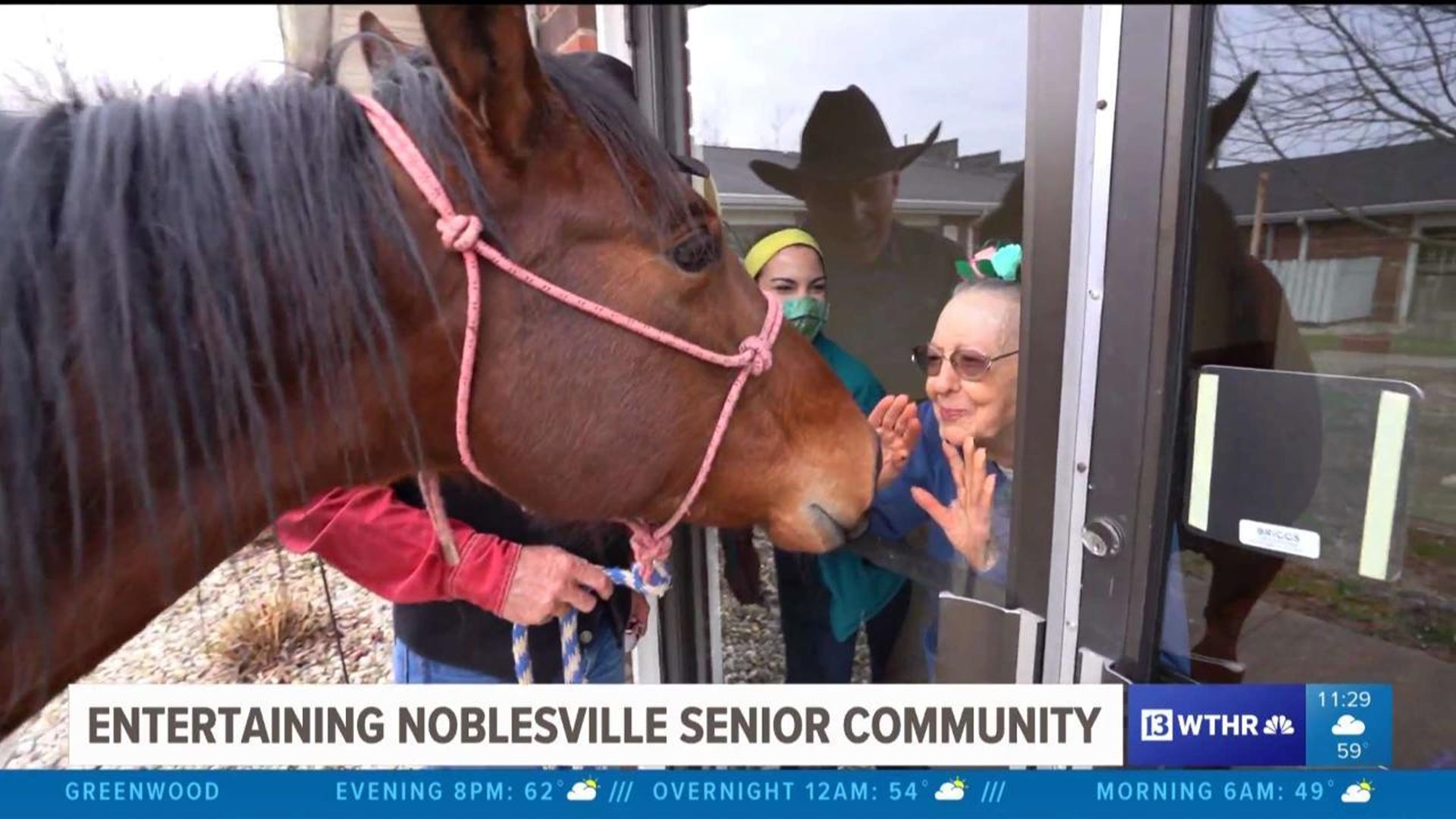 NOBLESVILLE, Ind. (WTHR) - Residents of Riverwalk Village were expecting another day on lockdown, another day without visitors.

Were they ever in for a big surprise.

As Brian McKamie, the executive director of Riverwalk, said, "We're offering something we've never done before. It' not normal. Horses...people love horses."

In this case, it was the Pony Express. Early Friday afternoon, Wes Jackson, an executive with American Senior Communities (ASC), pulled up with his wife, two of his children and six other family members.

They included four horses and two dogs. As they guided the horses out of the trailer onto the front lawn, Jackson described them as "essential employees."

To see photos of the horses' visit, click here.

Referring to the pandemic which has turned life upside down for everyone, he said, "It's much harder on residents now with the isolation requirements, with visitors, etc., so these guys are essential for the emotional health of our residents."

Jackson said his equines are therapy horses and anyone watching would see their visit was clearly therapeutic.

"Hey, hey, you need a new roommate?" he shouted to one resident through the window. "How about this guy right here?"

Guided by Jackson and his family, the horses went window to window, prompting smiles and laughter from those inside.

ASC has 87 communities across Indiana. The Jacksons visited a couple of communities earlier in the week and were so overwhelmed the response, they decided to take their dog and pony show on the road.

Their hope now? To visit every single one of them, spreading joy and hope to those in need of lift and a little nuzzling...through the window.